Just Women’s Sports, the leading media company dedicated exclusively to women’s sports, has signed a multi-faceted media partnership with the National Women’s Soccer League (NWSL). Core to the new deal, Just Women’s Sports (JWS) has acquired the rights to distribute NWSL highlights from both the current and past seasons — bringing the top moments from the popular league to a growing, passionate fan community across multiple platforms, while helping to drive tune-in to NWSL broadcasts. 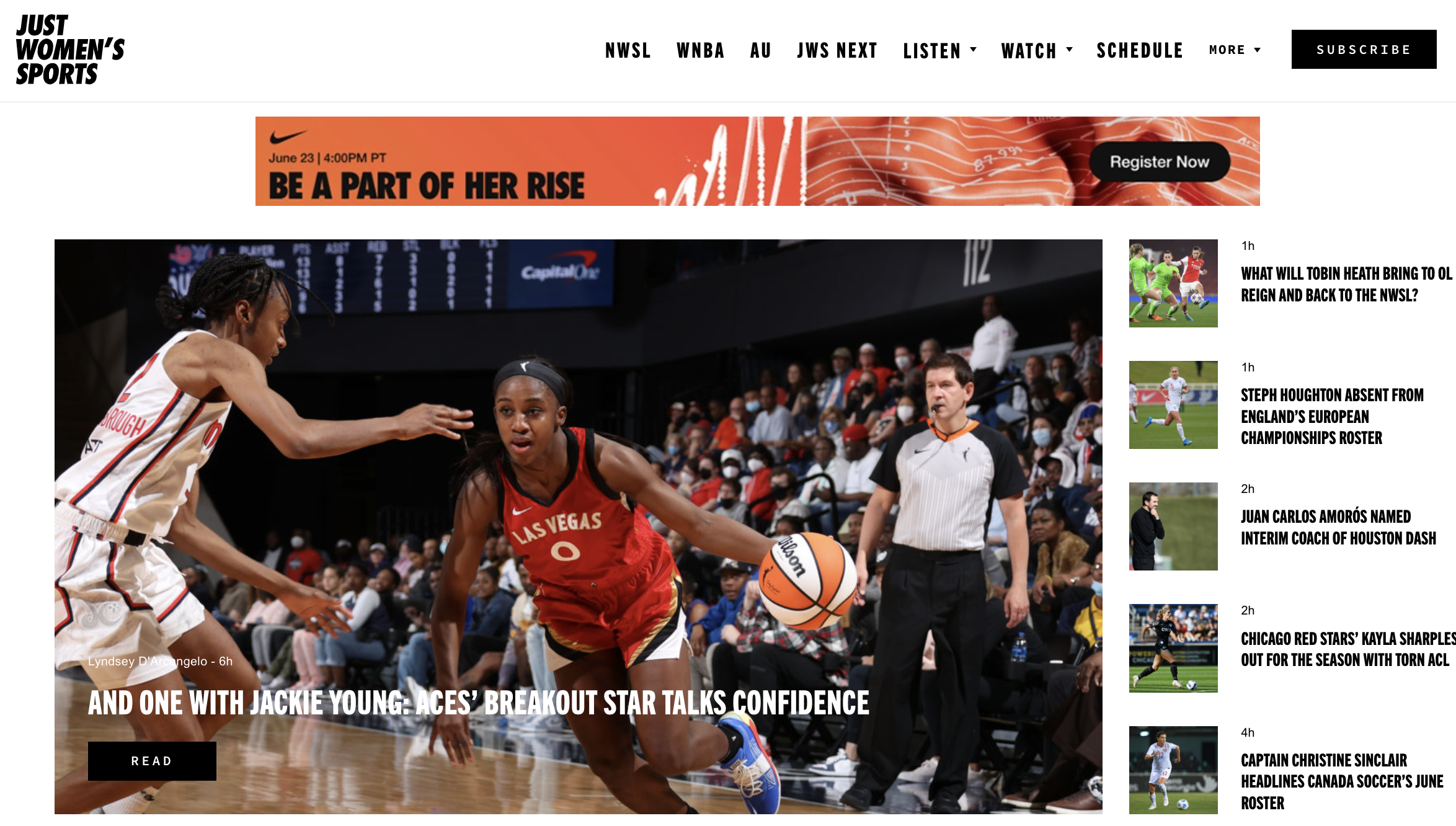 “The NWSL continues to generate some of the most exciting soccer in the world,” says JWS founder/CEO Haley Rosen, “and we are thrilled to be providing a platform that will bring fans access to the league’s biggest moments. Highlights are the cornerstone of digital sports media. They are the easiest way for current fans to engage with their favorite athletes and for prospective fans to discover what all the hype is about.”

NWSL Commissioner Jessica Berman sees the deal as an exciting opportunity to partner with a digital-first media brand dedicated to growing the audience for women’s soccer.

“Just Women’s Sports understands the space,” she says. “We believe this is just the beginning of what will be an important and long-lasting relationship between JWS and the NWSL.”

Additionally, JWS has today announced renewal of its media partnership with Athletes Unlimited. It allows JWS the opportunity for extensive coverage of the 18-game AUX Softball season, which begins this month, as well as Athletes Unlimited’s Lacrosse and Softball leagues, which begin Seasons 2 and 3, respectively, next month on ESPN.

These deals come on the heels of a breakthrough year for JWS, which recently announced that has raised $6 million from an all-star group of new and returning investors.

In the past year, the company has partnered with more than 20 of the world’s biggest brands, including Cisco, DICK’s Sporting Goods, Heineken, Nike, Puma, and Under Armour.