CBC Sports will provide broadcast and streaming coverage of Canada Soccer’s Women’s National Team’s three group stage matches on July 5, July 8 and July 11 in the 2022 Concacaf W Championship, the qualifying tournament for the 2023 FIFA Women’s World Cup Australia & New ZealandTM, following an agreement with Mediapro Canada, the rights holder in Canada for all Concacaf national team tournaments through to 2023.

CBC Sports will provide broadcast coverage of the first two group stage matches, against Trinidad & Tobago on Tuesday, July 5, and Panama, on Friday, July 8, on a delayed basis, and live coverage of the match against Costa Rica on Monday, July 11 starting at 6.30pm ET on CBC TV and CBC Gem. The three games will also be available on cbcsports.ca and the CBC Sports app for iOS and Android devices. 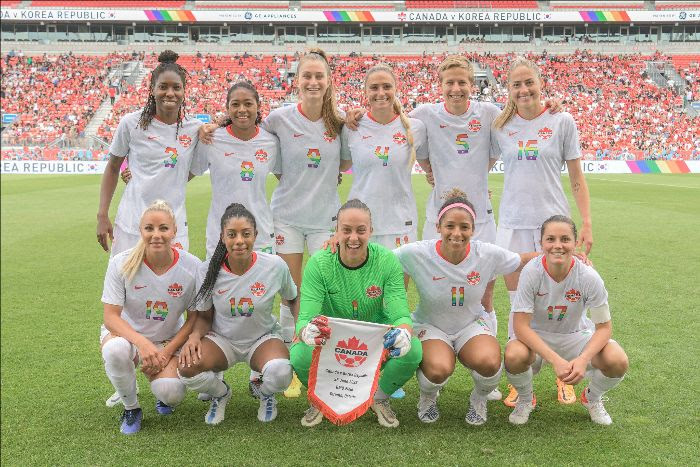 All 16 W Championship matches, including the knock-out rounds and the final, will be aired in full on dedicated soccer channel OneSoccer, available as a linear channel through Telus Optik TV (Ch. 980 in the More Sports pack) as well as via the fuboTV Canada platform, at onesoccer.ca and the OneSoccer app. OneSoccer’s coverage of the Canada matches, as well as its exclusive coverage of the semi-finals and the Final, will be offered with English, French and Spanish commentary.

Broadcasting live from the CBC in Toronto on July 11, CBC Sports will host the OneSoccer panel, anchored by award-winning broadcaster Andi Petrillo, for its live coverage of the day’s match. Petrillo will be joined in-studio by analyst Oliver Platt and special guest Diana Matheson, former National Team player and double Olympic Games bronze medallist. Nigel Reed and former National Team player Amy Walsh will be in the booth to call the game.

“This is exciting news and we want to thank both OneSoccer and CBC Sports for partnering on this broadcast coverage,” said Dr. Nick Bontis, President of Canada Soccer. “This is an important international championship with critical qualifying matches, and we welcome the increased access and viewers as our Women’s National Team embarks on its World Cup and Olympic journey.”

The 2022 Concacaf W Championship, the 11th edition of the tournament, is contested by the eight top-ranked national teams from the North and Central American and Caribbean region and will take place from July 4 to 18 in Monterrey, Mexico. The competition qualifies four teams directly for the 2023 FIFA Women’s World Cup while the winner qualifies for the 2024 Olympic Games and the 2024 Concacaf W Gold Cup.

The US are the defending tournament champions and top the Concacaf national team rankings, with Canada, the reigning Olympic gold medallists, in second place. Canada, drawn into Group B, kicks off the tournament against Trinidad & Tobago on July 5, with matches against Panama on July 8 and Costa Rica on July 11. On current form and ranking, Canada could play either the USA or Mexico in the semi-finals on July 14, with the winner of that match contesting the Final on July 18.