Ubeat Live, the entertainment festival for generation Z organized by the MEDIAPRO Group and held between July 1 and 3 at the Fira de Barcelona’s Gran Via venue, closed the doors on its first edition. The new event achieved an accumulated online and on-site audience of more than 760,000 people – in the absence of Ibai Llanos Balloon World Cup-, which drew 15,000 festivalgoers at the venue. 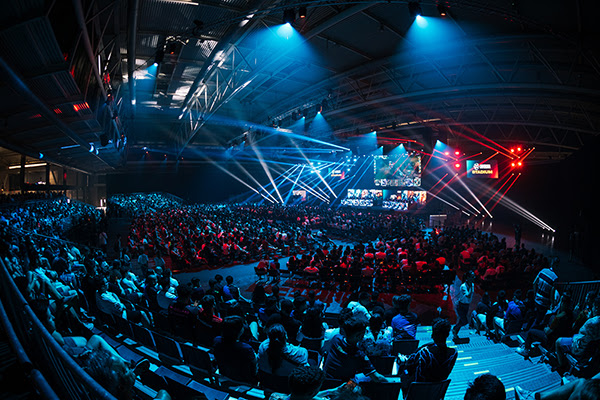 In addition to the accumulated audience, Ubeat Live generated more than 56 million impacts (6 million of them during the last three days), projecting the festival and the city of Barcelona around the world, not to mention the audience and impact from Ibai’s Balloon World Cup.

The first edition of the festival had an extensive program featuring the best professional video game tournaments in Spain -eSports- (final phase of the Valorant Regional League Spain: Rising MediaMarkt Intel, day of the League of Legends Superliga and the best match of Superliga Segunda El Corte Inglés); two events from the USN World Summer freestyle Cup; the Spanish qualifier of the Balloon World Cup 2022 (the balloon world championship organized by Ibai Llanos and Gerard Piqué); urban art from artists including Ricardo Cavolo and Garbi KW; the Spanish HADO Championship; live programs by internet stars such as Cristinini and Kapo 013 (Hoy No Se Sale by iVoox, with luxury guests such as YoInterneto and Oscu) and Nil Ojeda, Goorgo and Werlyb ( Club 113 by iVoox, with TheGrefg as a guest), activities organized with some of Internet’s most popular content creators (DjMaRiiO, Alvaro845, Withzack, Beniju… ) and concerts (Samuel SLZR and MDA), among many other activities.

MEDIAPRO promotes this festival and intends to make the event a reference with an international calling, with plans already in place to hold a Zero edition event in Mexico this coming August 6. In addition, Mediapro is already working on next year’s edition of Ubeat Live Barcelona.