TVU Networks announced the adoption of its cloud-based instant replay system by the athletic department at Syracuse University (SU). Starting with the upcoming fall season, the Orange will use TVU Replay to monitor all calls during home games of “Olympic” sports, such as volleyball, field hockey, soccer, softball, and Lacrosse. TVU Replay is a multi-camera control app empowering officials to instantly review plays from their phones or tablets.

Introduced at NAB 2022, the app was developed with input from the Syracuse athletic department staff and vetted by a D1 One official and game operator. Scott Hecht, Executive Producer/Coordinating Director/Manager, Syracuse University, says the ability to use any video input, provides the immediacy and cost-effectiveness making it a solid winner for the Orange sports teams.

“There is little training required because it’s as simple to use as any app on your phone, and we can immediately watch the review of a play from any angle where we have positioned a camera on the field,” explained Hecht. “Because this is a cost-effective, cloud-based system, we’re able to use it within our D1 sports programs that haven’t had the luxury of instant replay. It’s extremely exciting for our entire athletic program and should be as well for other University athletic departments.” 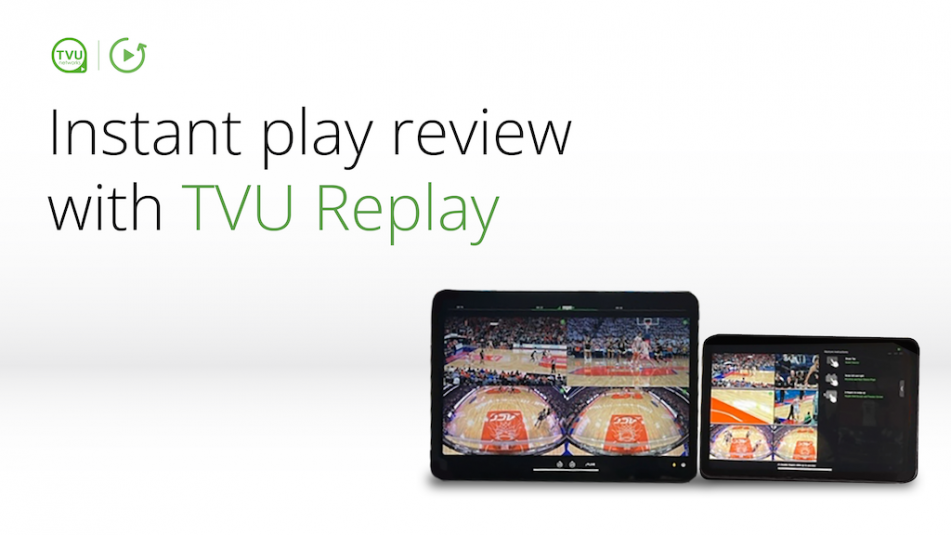 All on-site camera feeds are brought into the app in milliseconds, the game operator selects the optimal sources from which to review a call, and officials can zoom in and out/rewind/fast forward for the best angle enabling immediate determination. Frame speed is controlled with your fingers on the touchscreen of the interface using a video game controller for a laptop which again, makes this a ‘next-generation’ application in college athletics.

“Not only is Syracuse now able to provide instant review during games to sports other than football and basketball, but students can easily operate TVU Replay,” said Jared Timmins, SVP, Global Solutions, TVU Networks. “We developed this cloud-based review system in response to what various collegiate conferences described as a need for a futuristic review solution. We’ve created a tool set revolutionizing the way replay is handled due to the ease of operation, the speed of determining the right calls during games and all within a fully realized cloud workflow.”