The 1.5-hour-long show will bring out the players’ personalities, fashion

The stars shine brightest in a town like Hollywood, and it’s only fitting that for 2022 MLB All-Star, MLB Network (MLBN) brings its best to showcase the league’s most popular players. Headlined by the All-Star Red Carpet Show presented by Mastercard (Tuesday, 2 p.m. ET on MLBN), the network is covering the activities surrounding this year’s Midsummer Classic with some Tinseltown flair.

“We’ll be producing this show live for the first time,” says Susan Stone, SVP, operations and engineering, MLB Network. “We’ll have a huge runway along with the red carpet, and there’s no better place to do that than in Los Angeles.” 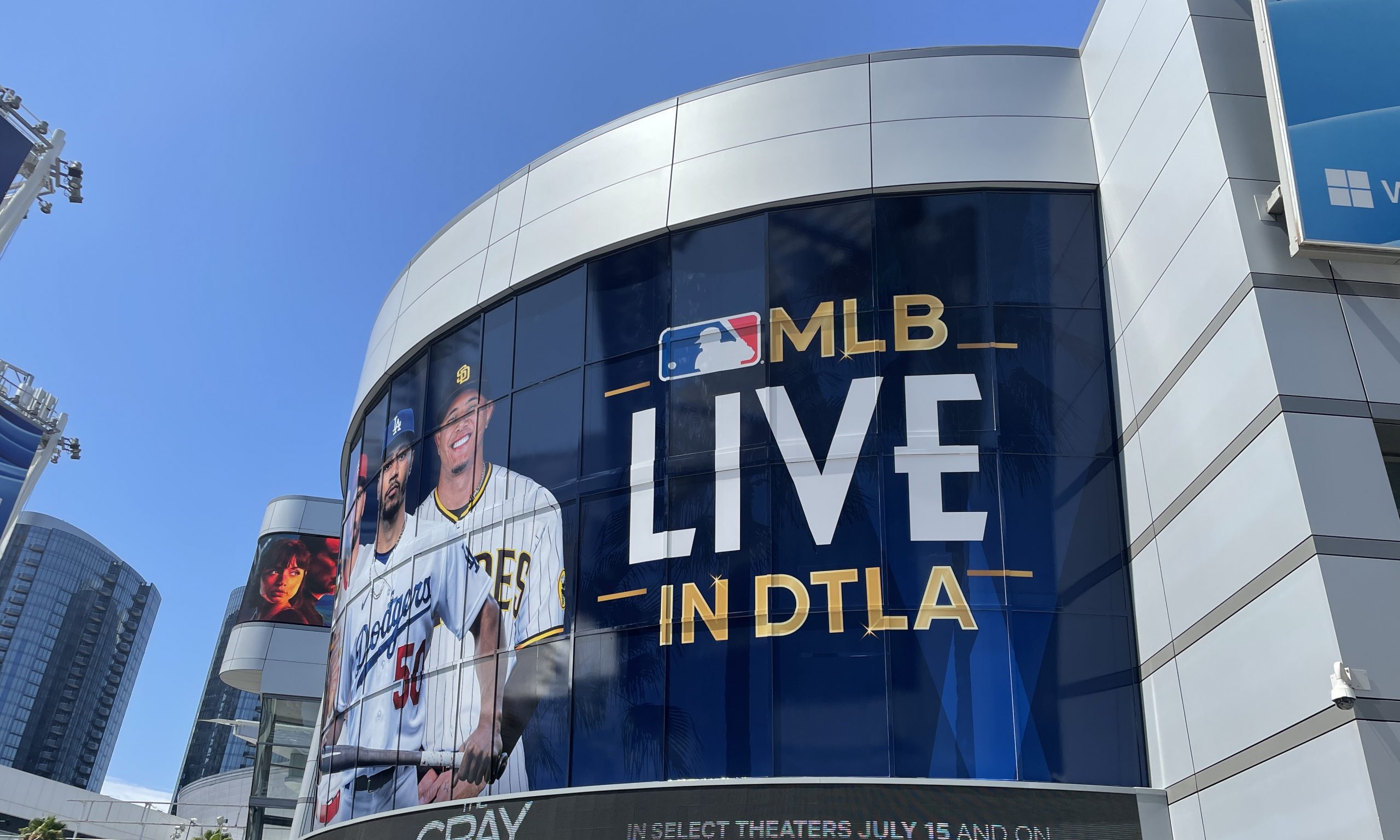 Bringing the Red Carpet Home: Stars Parade at the Heart of Los Angeles

The red carpet made its debut prior to the first-ever Hollywood premiere, Robin Hood starring Douglas Fairbanks and Wallace Beery, in 1922. A century later, a 600-ft. red carpet will once again christen the ground of Los Angeles for the Parade of MLB All-Stars within Xbox Plaza in Downtown Los Angeles. Tied around the footprint of the 2022 MLB Draft and Chick Hearn Court, the cavalcade will make stops at numerous activations along their path. Starting and ending at the JW Marriott hotel, the players will walk down the same runway as the recent draftees before heading to the main MLB Network studio set in front of L.A. Live. Developed by Filmwerks and featuring on-air talent like Greg Amsinger, A.J. Andrews and Harold Reynolds, the stars will have some time to reflect on the honor of playing in the 92nd MLB All-Star Game, discuss their first-half performances, and have a chance to display their off-the-field side.

“It’s a time for the players to really show off their personality and fashion sense,” adds Stone. “We love the Red Carpet Show, and that’s why we’re making this a fully-produced show.”

Prior to the beginning of the Red Carpet Show, the network’s seven-and-a-half total hours of programming on Tuesday will be led off by MLB Central at 12 p.m. ET. Starring Robert Flores, Lauren Shehadi, and Mark DeRosa, the show will be remotely produced from Secaucus, NJ and will be airing live from All-Star for the first time in program history. After the Red Carpet Show, programming shifts to Dodger Stadium with Stephen Nelson and Kevin Millar on International Talk at 3:30 p.m. ET; batting practice on MLB Tonight with Fran Charles, Yonder Alonso, Xavier Scruggs, Flores, and Reynolds at 5 p.m. ET; and another showing of MLB Tonight with Amsinger, Charles, Hunter Pence, Chris Young, and Alonso after the conclusion of the MLB All-Star Game. 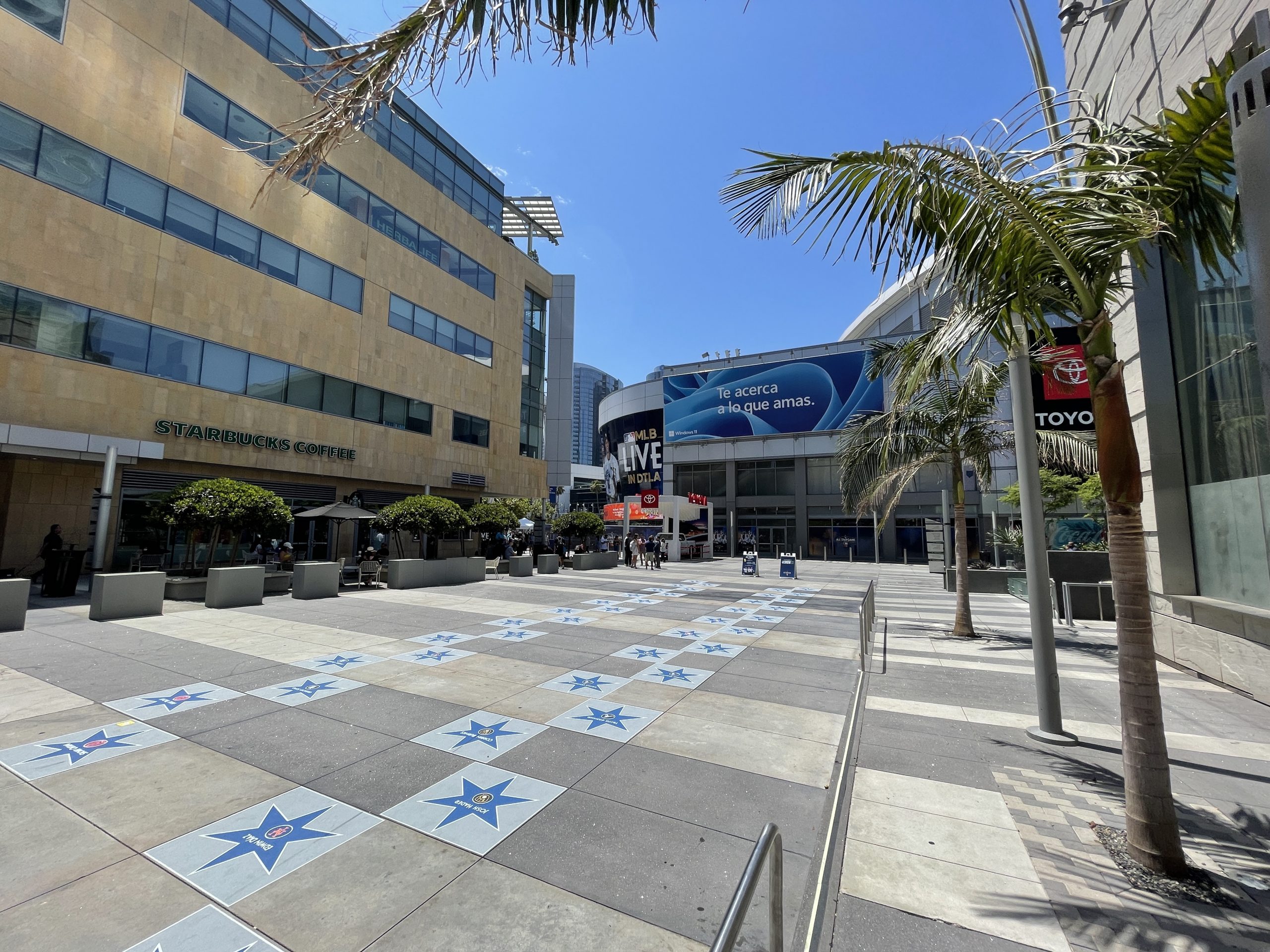 A path of stars lead fans into the area known as MLB Live in DTLA.

All onsite studio shows residing at Dodger Stadium will be done via the A and B unit of Game Creek Video’s Victory truck.

Despite the Red Carpet Show also being produced remotely from Secaucus, the operations team needed to divide their onsite efforts in Los Angeles into two fronts: one in Downtown L.A. and another further north at Dodger Stadium. There’s an enormous positive of this strategy: the setup at L.A. Live is solely focused on the two events taking place at the location over the next three days.

“Our setup for the MLB Draft and the Red Carpet Show is the same,” says Tom Guidice, VP, remote operations, MLB Network. “We’re going to take this [Draft] set, strike it, and put something smaller, but the cameras and everything within this technical infrastructure will already be in place.” 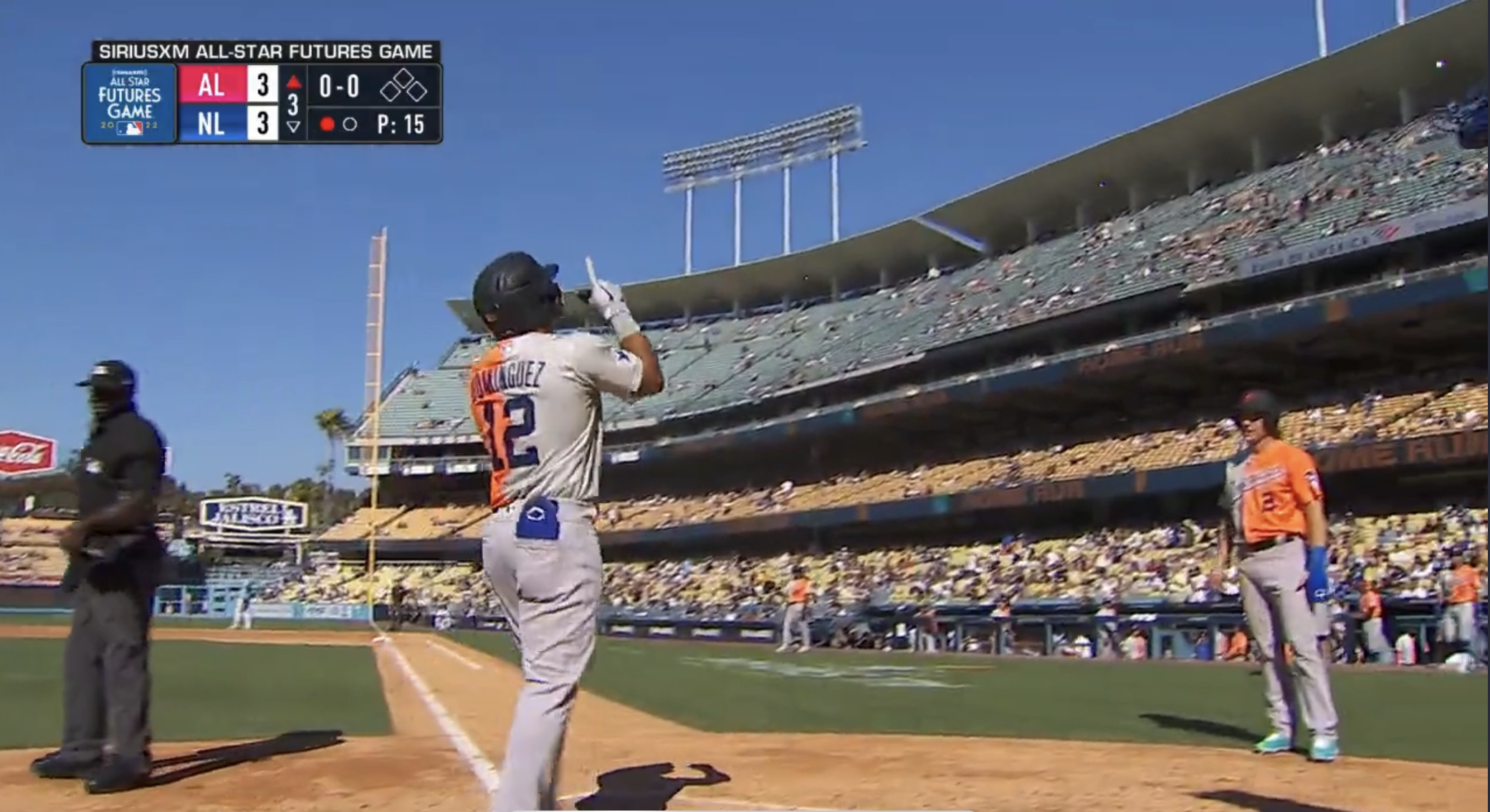 The downside of this approach is having two separate teams apart without the ability of being close to one another or share any resources. With a 3.5-mile gap, or a 15-minute drive without the usual traffic of Los Angeles, the plan would be hard to adjust on a moment’s notice.

“The biggest challenge is separating our manpower and our staffing,” adds Guidice. “We basically have to install redundant crews at both locations.”

While Stone, Guidice, and the rest of the crew handle the linear broadcast, the league is hitting the younger demographics with a full slate of digital and social media-centric offerings. Starring Scruggs and Young as reporters on the Red Carpet, MLB Network will bring fans behind-the-scenes across its Twitter, Instagram, Facebook, and Snapchat platforms.

Led by MLBN’s Social media/Marketing Manager Billy Lee and his team, the digital-native content will also give fans an inside look into the festivities on Monday, July 18, including All-Star Media Day at 2 p.m. ET and All-Star Batting Practice before the Derby. To generate additional awareness for MLB Network during the All-Star festivities, MLBN’s Sr. Marketing Manager Harris Schoenfeld and company have set up fan photo activations at MLB’s Oceanfront event at Santa Monica beach, plus at the Capital One Play Ball Park inside the LA Convention Center.

As Major League Baseball spends the next couple of days celebrating the league’s current faces of the game, the players on the rise were recognized during the 2022 MLB Futures Game on Saturday, July 17 with Scott Braun, Jim Callis, Alonso, and Andrews on the call. As part of the NBC’s new MLB package, the game was produced by MLB Network but live streamed on Peacock for the first time. The broadcast’s production highlight was miking up a ton of players on the American League and National League rosters:

What happens when you mic up a bunch of #FuturesGame All-Stars?

Listen to some of the players mic’d up! 😂

After driving the production of Saturday’s Futures Game, Edit 3 will be back in the driver’s seat for the international feed of Tuesday’s All-Star Game. A total of 70 partners in 16 languages across 210 countries and territories will leverage this mobile unit, including Rogers Sportsnet and RDS in Canada.

Due to the success of the All-Star Red Carpet Show, MLB Network is extending its runtime to a full 90 minutes on the programming schedule. Whether it’s seeing a new side to your favorite player, learning the story of players you’re still getting to know, or admiring the energy that’s wrapped around one of professional baseball’s most exciting events, the network is truly presenting a platform for these athletes on Tuesday afternoon and tying this five-day festival into a neat bow.

“It’s fantastic to have this opportunity,” says Stone. “We’ll have a lot of foot traffic coming from Play Ball Park, so we think it’s going to be a great event.”