It was once again a global effort for NBC Sports at the St. Andrews Old Course for the 150th Open Championship last week. An onsite team of 225 complemented by around 100 people working from NBC Sports facilities in Stamford, CT, and a Hawk-Eye operator in Oklahoma produced shows delivered to NBC Sports, Golf Channel, and Peacock viewers. 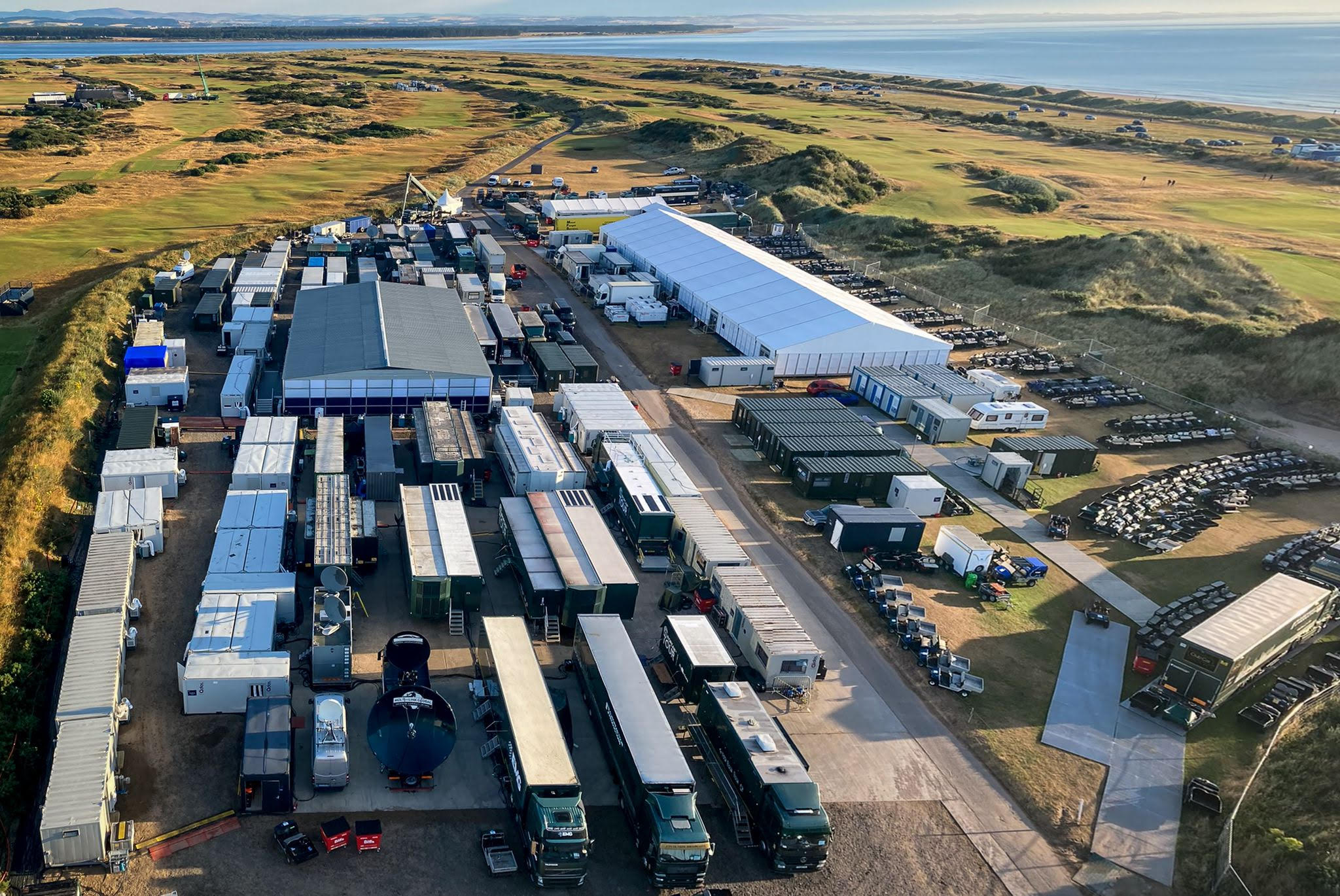 The Open Championship compound features a mix of trucks and an IBC housing the world feed and NBC’s gallery and related rooms for replay, graphics, and audio.

“Between all the shows. we have roughly 125 cameras, and ‘Live From’ is using the Newbert,” says Allison McAllister, VP, golf operations, NBC Sports. “We have a great relationship with ETP [European Tour Productions], CTV, and Sky, which helped us make a great show for the viewers.”

This is the second year that NBC has partnered with Sky Sports to share connectivity from the Open to both Stamford and Sky’s facility in Osterley, UK.

“Utilizing NEP Connect onsite 10-gig circuits, we are able to connect our dual Nimbra chassis into the larger Sky UK Nimbra network,” says McAllister. “This connects at Sky Osterley to an expansive Sky/NBCU 100-G network that rides across the Atlantic and connects  to the NBC Sports Stamford operation. We leveraged 38 transmission feeds to produce and distribute tournament coverage, four Featured Groups per day, Featured Holes, and remote-produce our Live Form coverage from Stamford. We also used LiveU technology to bring in the sites and sound of St. Andrews directly to the tournament production.”

The week itself was highlighted by celebrations around the 150th anniversary, most notably the Celebration of Champions last Monday. ETP produced a 35-camera feed of the event that NBC’s team was able to deliver to U.S. viewers on Golf Channel.

“That had minimal effect on us as ‘Live From’ was going on-air Monday,” says McAllister. “But it allowed us to capitalize with lead-in coverage.”

All in all, it was more of a collective effort than ever between NBC, Sky, the R&A, and various production partners.

“The R&A does an amazing job listening to all our needs,” says McAllister, “making what can seem impossible come true. We can’t thank ETP, CTV, ACS, TopTracer, ARL, MST, SMT, Hawk-Eye, Film & TV, Tall Order Structures, and Cooling & Heating Solutions enough for all they did to bring this championship to life.”

Other Coverage The Open Championship: