Vislink announced its 5G wireless camera technology has been featured in an innovative 5G private network trial taking place during the 2022 Commonwealth Games.
Vislink is participating in the trial with BT Media and Broadcast and the BBC, who are trialling the standalone 5G private network for broadcast coverage of the Commonwealth Games. This represents the first time the cutting-edge technology has been deployed anywhere in Europe for an event on this scale. Vislink is providing its reliable, premium-quality, low latency mobile video connectivity technology for use during the trial. 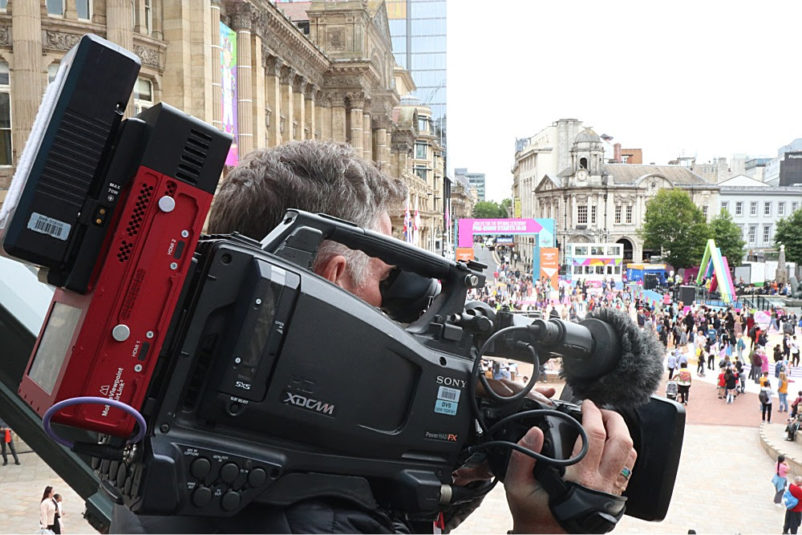 By using Vislink Mobile Viewpoint UltraLink-Air 5G cellular encoders to enable wireless camera connectivity, camera operators can roam freely within the network area during the event, as opposed to relying on broadcast cameras that connect to the outside broadcast solely using radio (RF) signals that rely on proprietary equipment. This enables the delivery of smooth, uninterrupted video feeds, and the ability to interface directly into IP-based content delivery networks utilizing 5G internet connectivity.
Mickey Miller, CEO of Vislink, said,“We are grateful for our participation in the Commonwealth Games 5G network trial.This is another in a series of marquee sporting events that showcases the advantages of our public and private 5G wireless camera solutions. These include the ability to leverage a low-latency, uncontended network that enables a robust and reliable transmission platform for video capture, while serving viewing audiences an immersive experience that brings them right into the heart of the action.”
He continued, “In addition, by providing a 5G camera solution, the Vislink system allows tighter integration into an all-IP remote production environment, and that simplifies video networks, reduces costs and creates streamlined, flexible processes for broadcast professionals.”
The Commonwealth Games network trial follows an event in May where Vislink innovations were on display at the Gallagher Premiership Rugby match between Saracens and the NorthamptonSaints at StoneX Stadium in London. At that event, Vislink proudly supported a BT-led project to highlight the potential for 5G in broadcast contributions, which centered on the connection of the match day cameras to a standalone private 5G network.The 2022 Commonwealth Games are being held in Birmingham, England from July 28 to August8. Over 5,000 athletes from 72 nations are competing in 19 different sports as England hosts the event for the third time in its history.