The tournament, which will be staged at Le Complex Sportive Bois-de-Boulogne in Laval, Québec, begins with the semi-final stage, where Alliance United of League1 Ontario will meet AS Laval of the PLSQ on Friday, August 12th at 4pm ET, followed by AS Blainville of the PLSQ taking on Varsity FC of League1 BC at 6.30pm ET. The third-place match will kick off at 11.00am ET on Sunday August 14th, followed by the Final at 1.30pm ET. 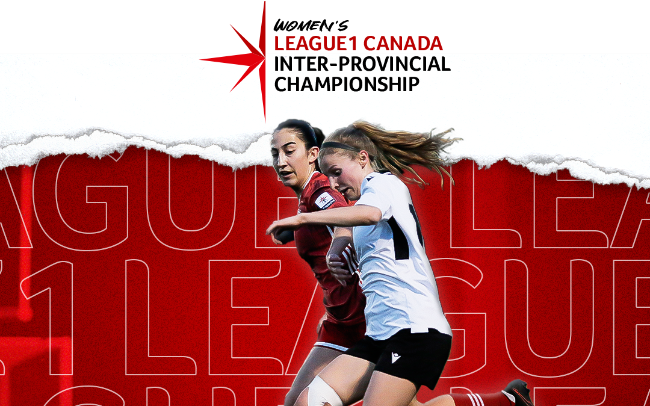 All matches will air on dedicated soccer channel OneSoccer, available to all Canadian households with internet access (96.5% of all homes), through OneSoccer.ca, via Roku, Chromecast and Apple TV devices and with the OneSocccer app for iOS and Android devices. Additionally, OneSoccer is available as a linear channel to more than one million Western Canadians through Telus Optik TV (Ch. 980 in the More Sports pack) as well as via the fuboTV Canada platform. The matches will also be available to fans abroad through Fox Sports in the USA, BT Sport in the UK and Ireland, Flow Sports in the Caribbean, Hi-Sports TV in Mexico and globally through the OneSoccer website and app.

“The League1 Canada Women’s Inter-Provincial Championship is a critical piece of what we’re trying to achieve with League1 Canada, which is to elevate, unite and expand this level of soccer across Canada,” Dino Rossi, president of League1 Canada, told OneSoccer. “Growing the women’s game in our country is a main objective of League1 Canada. Implementing such inter-provincial competitions is instrumental to that development, as we work toward the creation of a domestic professional women’s league from coast to coast.”

Alba Campabadal, VP OneSoccer and Head of Production at Mediapro Canada, said she was “delighted to showcase the women’s game”, particularly at a time when Canadian women have produced outstanding results on the international stage. She pointed out that Canada Soccer’s Women’s National Team are the reigning Olympic champion and a favourite going into the 2023 FIFA Women’s World Cup Australia & New Zealand, while the U20 Women qualified for this month’s FIFA U-20 Women’s World Cup in Costa Rica; the U17 Women finished third in the Concacaf Women’s U-17 Championship in May and the the U15 Girls finished as runners-up in the Concacaf U-15 Girls’ Championship last week.

Mediapro Canada will produce the coverage with a crew of some 20 personnel working across the company’s 4K/HD mobile unit Odyssey.