In recent years the conversations about the competition between the at-home viewing experience and the in-venue fan experience has focused on the video side: fans need more replays, more cameras, more angles in order to get them off the couch and into the stadium or arena. But what about the audio side and delivering play-by-play and commentary feeds that are in sync with the action? The Los Angeles Football Club (LAFC) has been using the Mixhalo app and transmission technology to deliver both an English and Spanish commentary for fans and last weekend they added a third feed featuring actor and team co-owner Will Ferrell and tennis legend John McEnroe.

Christian Lau, LAFC, CTO, says the idea was born out of conversations with Mixhalo about how to drive more fan engagement.

“The activation was successful and very busy as people seemed to be thrilled with the matchup,” he says. “It was also entertaining so I think everyone who participated walked away happy.”

Ferrell and McEnroe called the game from a separate audio booth and all that was required technically was to get their feed into the Mixhalo server. 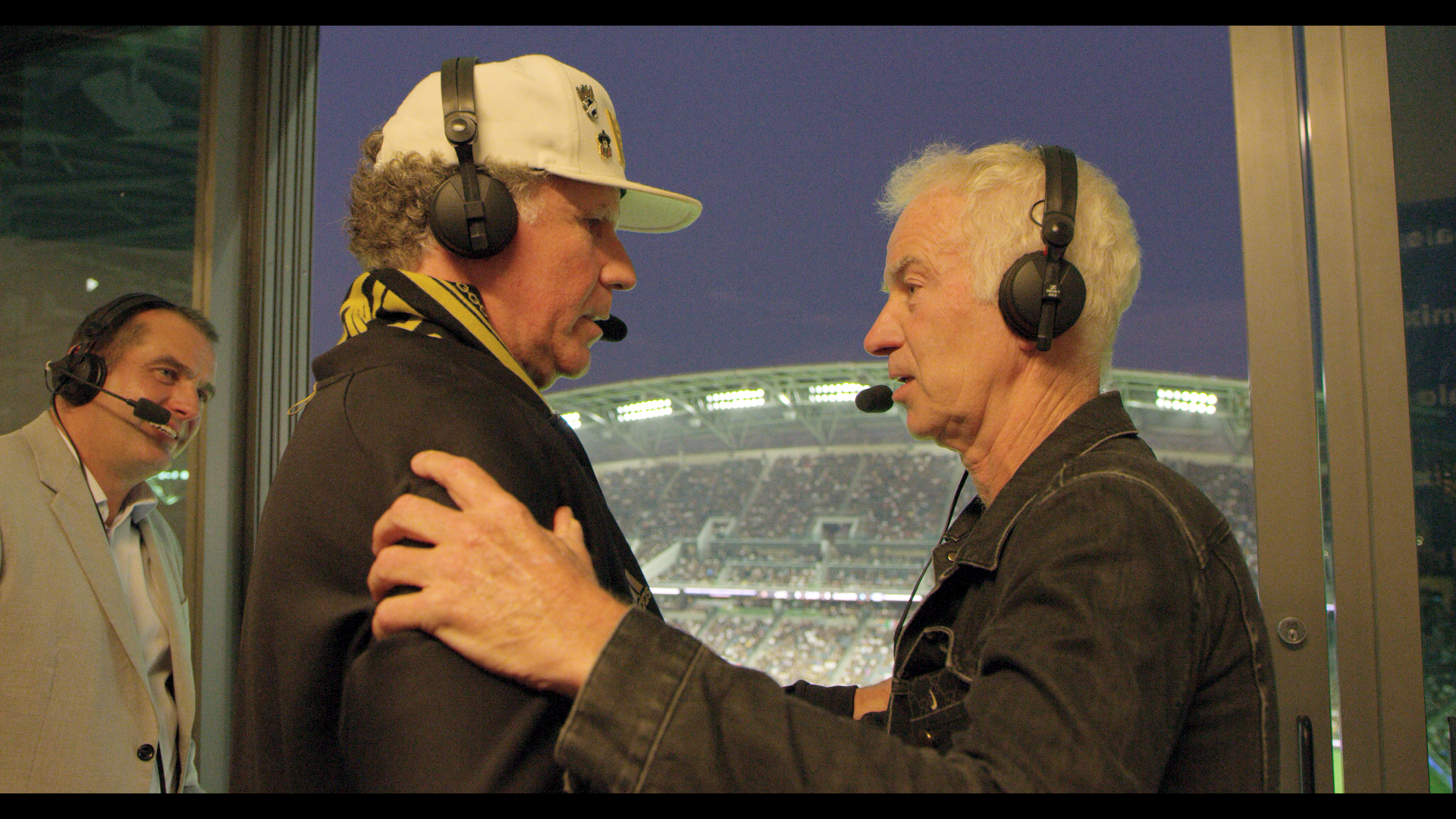 “The server runs over our network so that’s all we need to do, and the infrastructure lift was pretty simple,” says Corey Laplante, Mixhalo, COO. “LAFC has a permanent network installation while we can do temporary installations for pop-up events like a music festival or a motor sports event.”

The transmission paths make use of cellular data or Wi-Fi, and Laplante says that with more and more venues making an investment in 5G that is the direction their systems are headed. Mixhalo also offers a stand-up Wi-Fi system in case an existing infrastructure is unavailable.

“We send the Mixhalo feed up to the cloud and then back down and the roundtrip speed is fast enough that you cannot perceive a delay,” he says. “And the audio doesn’t crackle or anything like that.”

And how did McEnroe and Ferrell do?

“It was super entertaining and because Will’s an owner, there was tons of commentary that was relevant to the experience. Announcer Max Bretos was with them and kind of guided them with a more standard play-by-play and the three of them ended up joking around and having a good time,” adds Laplante. “We didn’t prescribe any content, we just told them to have a good time.”

Mixhalo was launched in 2016, originally as a way for fans at a concert to have an audio experience that matches the quality of the in-ear monitors artists rely on during their performances. The company was founded by Incubus guitarist Mike Enzinger and Anne Marie Simpson, a renowned violinist (McEnroe’s interest in the effort was peaked because he himself is a musician).

“They didn’t want to give sound packs to everybody because that doesn’t scale,” says Laplante. “But everybody does have a super-computer smartphone in their pocket so why not put an app out that allows people to have the same studio quality experience the musicians are having on stage?”

“That is where our value proposition comes in,” says Laplante. “This is an augmented audio platform that enhances the audio experience you are already having via a suite of proprietary wireless networking technologies. The special sauce we use gets the audio to you faster than the speed of sound. We have had a lot of validation in music with artists like Metallica, Sting, and Pharrell and now the sports industry sees that we can deliver audio and a real-time play-by-play experience in the venue.”

Laplante believes that sports fans in a stadium are an opportunity for TV networks looking to expand their reach.

“If you take a baseball game there are 42,000 people inside the stadium who would most likely consume the content outside of the venue,” adds Laplante. “This is an opportunity to expand the audience by the number of people in the building and it’s also a chance to create new fan experiences, which is where things get exciting. Think of what Nickelodeon has done for kid’s content. What about channels for kids at the game or for people who may be new to the sport? And then there are the influencers who could be part of it.”

There is also an opportunity to couple it with the video on the scoreboard, giving additional information to fans who can sometimes be confused when video replay situations occur.

“I was at a basketball game and for 90 seconds you could hear a pin drop because everybody was waiting for an update [on a possession call],” says Laplante. “People at home heard commentator analysis but not those of us in the arena.”

The key challenge now is continuing to get fans in the stands aware of the Mixhalo app.

“We’re working with our partners to get the word out and leverage opportunities like a celebrity broadcast to create these really special marketing moments where people go, wait, what is that? Let’s try it,” says Laplante. “And 10 out of 10 times when somebody tries Mixhalo they want to use it again.”