The media business of football leagues has been fundamentally changing for at least the past 20 years. But this structural realignment is offering new opportunities for clubs, fans, broadcasters, the leagues themselves and the companies that service and provide digital support and broadcast facilities for them all.

These trends were very much in evidence at the Red Bull Arena, home of RB Leipzig, and host to the Supercup 2022 title game against FC Bayern Munich. At a media day preceding the match, representatives of the Deutsche Fussball Liga (DFL), the Bundesliga and the two clubs, as well as technology partners and broadcasters, were able to showcase, discuss and predict the changes in the media business of football.

“In the past, we as a league were basically selling media rights to broadcasters, and the fans were watching the end product,” says Steffen Merkel, member of the management board and EVP of audiovisual rights at DFL. “That meant that with the selling process the job of the league was more or less over; the broadcasters were assembling a unidirectional product and delivering it to the customers – the fans – who didn’t have the chance to interact with the media product. It was less complex and a bit easier, but also offered fewer opportunities than we and the fans see today.”

While live broadcast of course remains key, representing an 85% share of the DFL’s domestic media rights revenue, the opportunities today include what Merkel refers to as “sports content solutions”.

“We are engineering ready-made products, highlight clips, live matches with comments and graphics that we’re delivering ready-made, especially to the international broadcasters to increase the international exposure of the league and maximise the product quality,” he says. “It’s not all about broadcasters anymore, but media partners; it’s not only linear channels but also their OTT solutions and social media channels that they need content for and that we need to equip them with. And, of course, the fans do not only watch anymore, but they also participate and engage with the product. That interaction offers a lot of new opportunities for us in terms of product development, but [at the same time] it’s far more complex than it has been in the past as well.”

Following a panel session on ‘The international growth of the Bundesliga and its clubs’, SVG Europe discussed new ways of reaching Bundesliga fans in Germany and abroad with Andreas Jung, executive board member for FC Bayern Munich, and Evelyn Holderbach, director of sustainability and international development at RB Leipzig.

Jung was adamant that the lessons in digital strategy learned during the lockdowns of the past couple of years and, in particular, the new reliance on technology to connect with the global Bundesliga audience when teams couldn’t tour, would continue.

“We had experience of using digital routes due to COVID where we had no other choice,” he says. “We had the [real world] tour in the US. But our fans in Asia, who couldn’t see us for three years, were informed about every step we made. It’s a compromise, but it’s a very good one.”

This hybrid approach continues to offer benefits today. “Now it’s more or less become a platform,” he continues. “You can promote a tour much better, set out everything you want to do on there. The fans are much more aware of what is happening, and this helps everyone. You can control your strategy better. The fans want to see and talk to the players, so if you can arrange and prepare it in advance, you can fulfil all the requests. I think [going forward] it’s not possible to do it without digital support.”

It helps the players too. “You can’t always take a player here, there and everywhere, but if you have digital material that you have prepared, you can send it and [present] him ‘live’,” says Jung. “The [profile] awareness is higher for the player, but the stress is less.”

When we suggest further innovation would see players using VR to ‘teleport’ for wider social engagement, Jung agrees. “Maybe you could talk to the player in the metaverse,” he says. “Maybe you could watch a whole match in the metaverse. The stadium is sold out, but you’re sitting in a virtual arena with millions of fans. That could happen, and with one tour we can conquer the whole world,” he laughs.

Jung feels that technology like VR will let Bayern, and the whole Bundesliga, achieve greater reach outside Germany. “We have millions of fans, but only a [relative] few can travel, because no stadium has that big a capacity,” he says. “With this one [metaverse] match, more people will know the Bundesliga. And as we reach more fans across the world, there’s a financial advantage in the end. The effort required is small in relation to that benefit.” 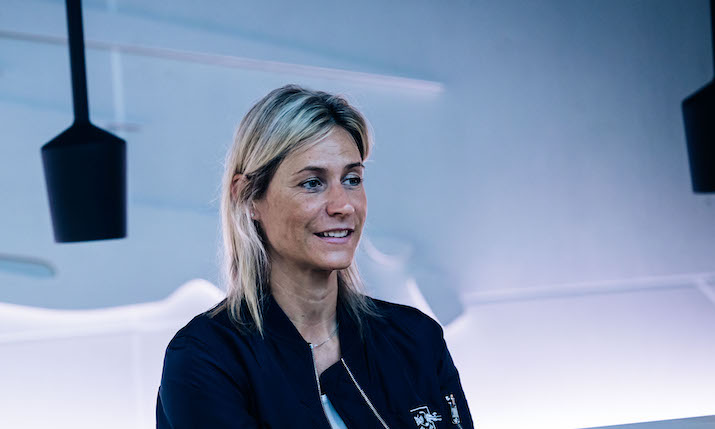 Leipzig’s Holderbach was also keen on applying technology for greater fan engagement. “There is a strong interest in new perspectives in broadcasting, especially in the US and especially for young target groups, where they also play video games,” she explains. “They have so many more angles and they are used to faster cuts and faster movements. They’re more into highlights, so if we want to address the younger target groups, we should definitely go that way.”

That’s not to say that Holderbach is knocking the current broadcast strategy. “In terms of the TV production, it’s difficult to be able to get different or new camera angles in – it’s already at a high level. We’re seeing a lot of very interesting testing using drones and t-shirt cams, and an immersive sound system,” she adds. “There are a few optimisations, but I don’t think that you can improve much more on the overall TV product.”

Holderbach feels data needs to play a bigger part for fans, as well as training/analysis for the clubs themselves.

“For scouting and coaching, it’s essential to look at the data and also really analyse it,” she explains. “So there’s this additional information you could put on as an overlay [to the TV production], for example, information about how fast the player is, what his heart rate is, where he has been on the field. That sort of analytics based on data brings I think, more interesting aspects to the sport and the match, especially to the younger target audience than new camera angles.”

During an ‘innovation showcase’ later the same day, possible matches for the club’s goals were demonstrated, including an augmented reality test running in parallel with the live broadcast.

Wearing smart glasses by Nreal connected to smartphones, attendees were able to watch the live game on a large floating TV screen in AR, supplemented below by a miniature pitch indicating player positions in 3D, while a host of real-time information overlays floated nearby. These showed heat maps or the current running speed of a player – the DFL and Deltatre’s Sportec Solutions joint venture records 3.6m positional and 1,600 event data points per match, so there’s plenty of data to overlay. The whole experience was like a very immersive video game, but one in which you could still interact with those around you, so it has great potential for a younger audience.

The core component of DFL’s new augmented reality services is the Arise platform provided by Immersiv.io. Also integrated is the DFL’s Bundesliga Match Facts powered by AWS, while on-demand video highlights are accessible shortly after the respective scene, thanks to the AI-based production platform of WSC Sports.

Streaming games in 9:16 for social media platforms is another option for the Bundesliga. Last year’s Supercup was the first time the event was broadcast in full length in this ‘vertical video’ format, on the TikTok profiles of OneFootball in Brazil and Sat.1 “ran” in Germany.

A different approach was taken for Supercup 2022, with only a dedicated highlights feed published by Sky Deutschland after the game. During the innovation showcase, Alessandro Reitano, SVP of sports production for Sky Deutschland, explained how the process has evolved. 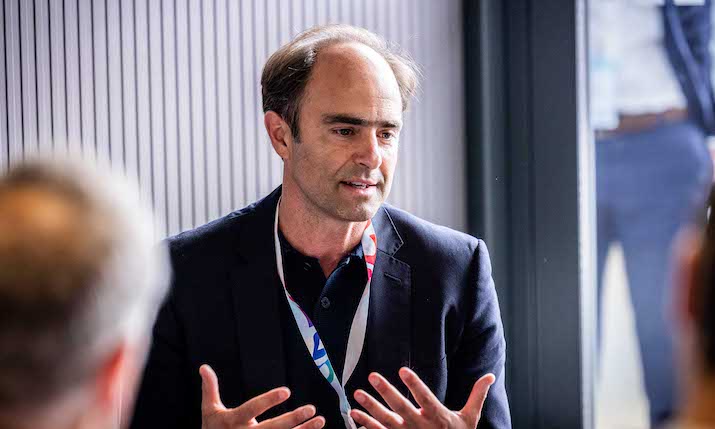 “We have an operator with an eye tracker watching the match on the traditional Sky feed,” he says. “Using this in combination with artificial intelligence, we are generating cut-outs from his tracking of the ball. We put those cut-outs on the server and after the match, we can produce vertical video highlights, from 90 seconds to three minutes.”

Reitano told SVG Europe that he “wasn’t a strong believer” that 90 minutes in 9:16 works.

“When they did it on TikTok, it became clear that after six or seven minutes the interest dropped off. That’s why I think highlight pieces are the right way forward. It’s also for more sporting events,” he continues. “With this technology, you can do it for Formula One or whatever.

“In testing this we are looking to avoid additional cameras in the stadium; we want to avoid a big footprint. With the help of AI, we can provide [the editor] with clear guidelines where they have to look, how to cut it, and how we want to produce it. With this small footprint, we’ll see more progress in putting more 9:16 content on the platforms and create even more awareness of the Bundesliga among kids and the younger audience. Technology is giving us the possibility to do that.”