VISTA has produced 93 matches, 90 of them originating from its Florida facility

Although Major League Soccer won’t crown its champion for another three months, there’s a major soccer trophy to be awarded this week here in the U.S. 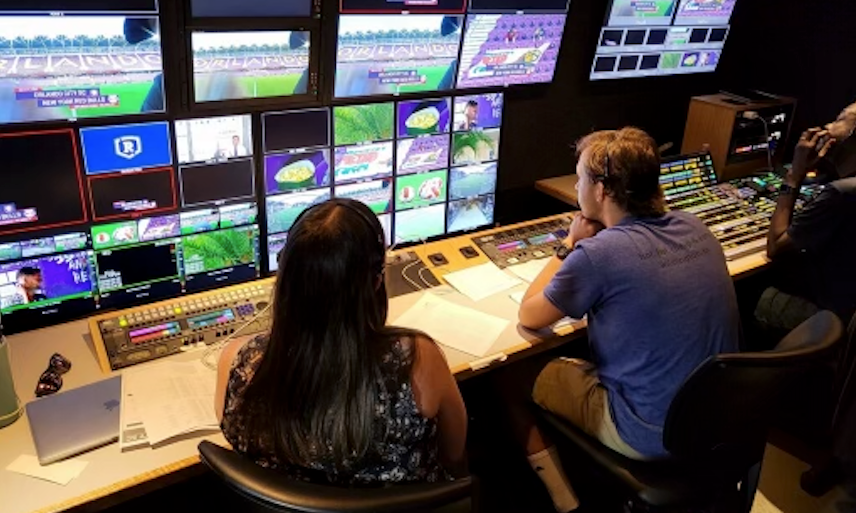 VISTA Worldlink staff and facilities were onsite at Orlando’s Exploria Stadium for the semifinals of the Lamar Hunt U.S. Open Cup in July. Crews will be back for the final, which streams live on ESPN+ on Wednesday night. (Photo: Mike Freedman, VISTA Worldlink)

The competition’s broadcast-rights partner, VISTA Worldlink, is onsite in Orlando, readying a big-time production effort befitting the occasion. The match, which will stream exclusively on ESPN+, will feature 15 cameras, including two super-slo-mos and deployment of a jib for the first time in this year’s tournament.

A part of the NEP Worldwide Network, VISTA Worldlink is entrusted by both U.S. Soccer and ESPN to lead production and operations for the entire competition, which comprises 93 total matches dating back to March. Of those matches, 90 are produced via an at-home (or REMI) workflow that centralizes production at Vista’s facility in Dania Beach, FL.

For the semifinals, VISTA and ESPN ramp up for a fully onsite production effort to the matches. It certainly comes as a welcome shot in the arm for the crew working behind the scenes.

“It definitely gets the juices flowing,” says Mike Freedman, executive producer, VISTA Worldlink. “It gets everyone a little excited. Generally speaking, we have a younger staff, and they haven’t experienced as much on the road. To give them the opportunity to get on the road and experience that environment in the truck is really cool. Also, I think the chemistry and the camaraderie are unique with everybody onsite.”

For Wednesday’s final, ESPN is adding its own contributions, bringing in producer Matt Leach, director Bob Frattaroli, and its top soccer announce team of Jon Champion, Taylor Twellman, and Christina Alexander. In the compound outside Exploria Stadium, VISTA Director, Live Events, Steven Kravitz oversees the technical side. The show will be produced out of NEP NCP 10.

The Lamar Hunt U.S. Open Cup is one of the more unusual events in U.S. sports. It pits all clubs in the four professional leagues sanctioned by the United States Soccer Federation as well as amateur clubs from across the country. Early-round matches can match top-flight MLS teams against semi-professional teams. First held in 1914, it’s a veritable grab bag, with this year’s competition featuring 103 clubs. Sacramento Republic FC is attempting to become the first non-MLS club to win the competition since 1999. The 2020 and 2021 editions of the U.S. Open Cup were canceled by COVID-19.

The production and operations for the U.S. Open Cup is just as distinctive. It started in March, with productions growing incrementally with each passing round. Early-round matches could be as small as three-camera shows hosted at venues from major MLS stadiums to small public parks producing matches via transmission methods from fiber and IP to bonded cellular and satellite. 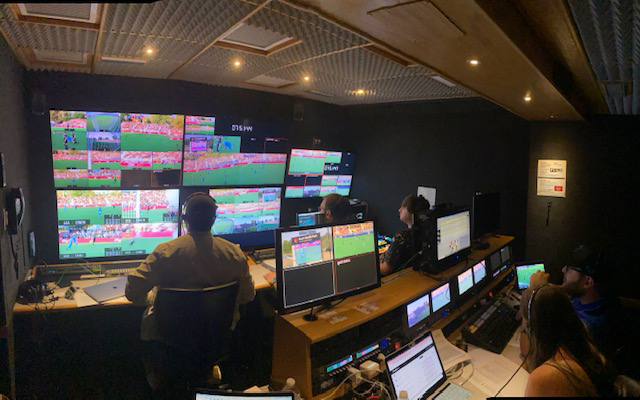 The other U.S. Open Cup semifinal was hosted in Sacramento. VISTA produced 93 matches in the full competition. Only the semifinals and the final are produced onsite. (Photo: Mike Freedman, VISTA Worldlink)

VISTA went to site for the semifinals, which were hosted in July in two vastly different venues. One, Orlando City’s Exploria Stadium, is a top-of-the-line MLS venue fully outfitted for broadcast. The other, Sacramento’s Heart Health Park, is on the grounds of Cal Expo (home of the California State Fair) and isn’t nearly as prepared for an ESPN-caliber live production.

Semifinal matches were produced out of Rush Media RMZ trucks with important help from Rush Media GM/Executive Producer, Digital Production, Annie Curry. The 10-camera shows were run by producer Sharni Yerke and director Gage Tillotson at the Orlando site and by producer Erick Falero and director Russ Lathrop in Sacramento.

Over the years, VISTA has been one of the world’s leading soccer producers in terms of total volume. The company anchors live-production efforts for the USL and the NWSL and has even supported MLS matches. The sheer number of games is staggering and, over the past decade, has spurred a noticeable spike in above- and below-the-line talent capable of not only producing the sport of soccer but doing so at an elite level.

“I’m going to be a little biased here,” says Freedman, “but the people I’ve worked with have probably produced and directed 300, 400 games in their careers, and they’re all under 30. I’d put them up against anyone. They know the game better than anybody else in this country.

“I think, when you look at [the entire industry] even at colleges,” he continues, “there are enough people that know the game and how to do it the right way and at a high level.”