Ross Video announced at IBC 2022 that it has agreed to acquire Spidercam, a supplier of broadcast cable camera solutions.

The Austria-based Spidercam made its television debut in 2005 and is now one of the top cable camera solutions used to capture aerial shots of sporting events, concerts, and other live events. 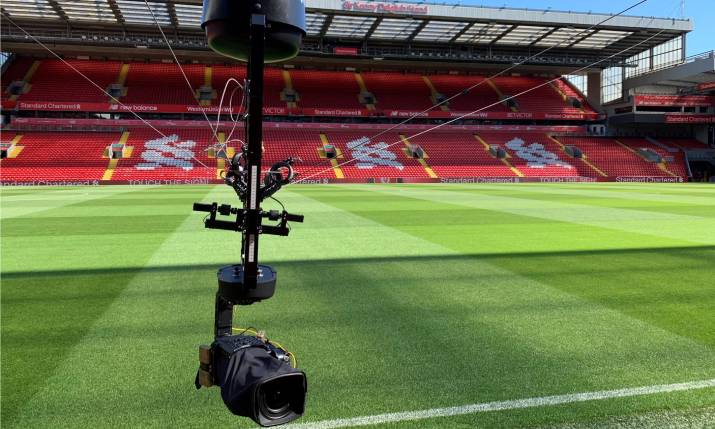 “Spidercam’s technology creates visuals that are simply spectacular, and we’re thrilled to integrate them into our production universe,” David Ross, CEO of Ross Video said in the official release. “We’re committed to continuing Spidercam’s excellent customer experience as a part of Ross while offering more capabilities to even more customers. On a personal level, I just love cable cameras, they’re such an awe-inspiring and dramatic technology.”

The Spidercam system is suspended on four cables with winches that navigate a camera dolly in 3D space utilising a stabilised head to provide HD or 4K video. System rentals include an accompanying technician, pilot and camera operator. The company also recently launched a fixed mini solution for smaller internal production environments.

“Becoming part of Ross Video is an incredible opportunity to truly unlock the potential of Spidercam,” says Herbert Neff, Spidercam CEO. “We are looking forward to the benefits of integrating our camera systems and services offering into a highly innovative, true end-to-end live production company. We’ve already been working together producing live augmented reality with the combinations of our technology and Ross’ and there is a lot more we will be able to do in the future. Our camera solutions extend the current robotic solutions from Ross Video by offering unique and creative images.”

Spidercam is based in Feistritz im Rosental, Austria, supported by service facilities in Hamburg, Germany; Kennesaw, Georgia; and has a joint venture with Gravity Media to serve the Australian market.