Behind the Mic provides a roundup of recent news regarding on-air talent, including new deals, departures, and assignments compiled from press releases and reports around the industry. In this week’s edition, Meghan Triplett Joins YES Network As Brooklyn Nets Reporter and ESPN Signs Respected Journalist Luis Miguel Echegaray to a Multiyear Contract.

Meghan Triplett has joined the YES Network, the most-watched regional sports network in the country, as reporter on YES’ Emmy Award-winning Brooklyn Nets coverage.   Most recently, Triplett had been a host and reporter for the Memphis Grizzlies and the team’s in-house media company, Grind City Media, since 2019. 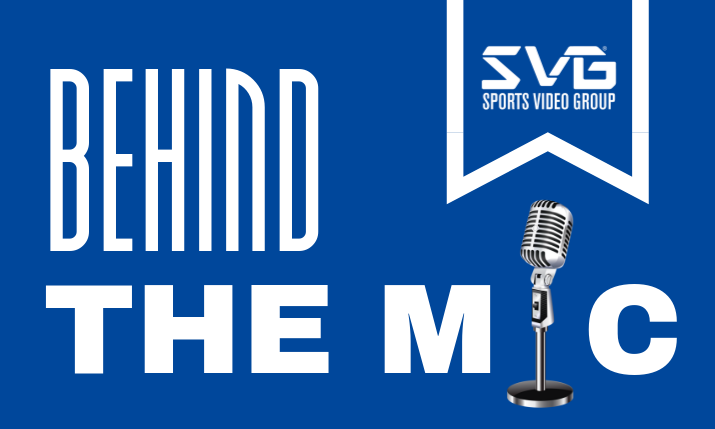 While with the Grizzlies and Grind City Media, Triplett created, hosted and reported year-round content, including game-night productions, broadcasts on Bally Sports Southeast and on social media channels.  She was co-host of “Rise and Grind,” a live daily digital morning show covering “sports, entertainment, pop culture, and everything Memphis.”

Triplett served as a studio host and anchor for NBC Sports’ coverage of the 2020 Tokyo Summer Olympics.  She has also filled in as a co-host on NBC Sports’ “Brother From Another” live daily talk show on Peacock.

Before joining the Grizzlies, Triplett served as an anchor and host with Lax Sports Network (LSN), where she covered college and professional lacrosse for live studio shows. She also served as a sideline reporter for lacrosse game broadcasts.

Prior to LSN, Triplett worked at ESPN for more than four years in Bristol, Conn. and Charlotte, N.C. During that time, she provided support with video elements for studio shows and games, and also hosted digital shows for ESPNU. In addition, Triplett served as the social media correspondent for SEC Network’s weekly football show “Thinking Out Loud.”

Multi-talented sports journalist Luis Miguel Echegaray has joined ESPN as a host, writer, digital analyst, and social commentator, who will be featured on many of the sports media company’s platforms. Echegaray will contribute to ESPN’s soccer coverage across several leagues and competitions, such as LaLiga, Premier League, the FA Cup, Carabao Cup, and more. He will write for ESPN.com and regularly appear on ESPN FC, Fuera de Juego, and more.

Echegaray’s multiyear agreement will have him expand his role beyond soccer. He will be a recurring guest on Monday Tailgate, the weekly Monday Night Football digital pregame show, and provide culturally relevant commentary and insight on general sports topics across ESPN English- and Spanish-language shows, including SportsCenter. Echegaray will make his ESPN debut on today’s season-opening edition of Monday Tailgate at 7:30 p.m. ET, available on Twitter, YouTube, Facebook, and the ESPN App.

Jay Croucher, who has built a strong betting following in the U.S. as head of trading for PointsBet, has joined NBC Sports full time as a betting analyst.

As lead betting analyst, Croucher will share his expertise on all things sports betting, from futures to finding value in the daily and weekly markets across all sports. Croucher made his first official appearance today as co-host of Bet the Edge, NBC Sports EDGE’s daily sports betting podcast, on the NFL on NBC YouTube channel and available for download on all major podcast platforms. In addition to Bet the Edge, he regularly joins Matthew Berry as a co-host of Fantasy Football Happy Hour with Matthew Berry, weekdays at Noon ET on Peacock and Fantasy Football Pregame with Matthew Berry, Sundays at 11 a.m. ET on Peacock.

MSG Networks today announced that sports content creator and popular social media personality Jack Settleman will join the network as a new digital host. Settleman will bring a fun and refreshing perspective to the sports betting space through the launch of new original shows that will air exclusively across the network’s digital and social media channels.

Settleman is the founder of Snapback Sports, the world’s number one sports-focused Snapchat account. Since launching in 2017, the account has amassed over 2.5 million followers and has generated over one billion total views. Focusing on the intersection of the sports, media and technology, Settleman produces a wide range of content that covers sports betting, fantasy sports and NFTs, along with live event coverage from marquee sporting events such as the Super Bowl and NBA All-Star Weekend.

In his new role with MSG Networks, Settleman will serve as host and executive producer of Settle YourBet, which will provide viewers with an entertaining look into the latest sports betting action around the NFL. Each week, Settleman will offer unique betting tips and identify his top picks, player props and more. New episodes will air on MSG Networks’ YouTube channel every Thursday during the football season.

NESN announced today that LeGarrette Blount, former NFL running back and member of the Patriots’ Super Bowl XLIX and LI teams (as well as the Philadelphia Eagles Super Bowl LII team), will join NESN’s Ultimate Betting Show as a sports betting analyst every Wednesday to discuss the 2022-23 NFL season odds, spreads, predictions and more. The Ultimate Betting Show airs every weekday at 5:30 p.m.

Blount played nine seasons in the NFL, including four with the New England Patriots, where he led the league in rushing touchdowns in the 2016 season and hit a career-high of 18 touchdowns that same season. He had a career 6,306 rushing yards and 56 touchdowns and is just one of six NFL players to have consecutive Super Bowl titles with different teams.