The schedule begins with Penn State vs. Auburn on Saturday, Sept. 17

SEC on CBS, in its penultimate season, will wow at-home viewers once more with a pair of innovations. Beginning with tomorrow’s Penn State vs. Auburn matchup in Jordan-Hare Stadium at 3:30 p.m. ET, the coverage will deploy C360’s new wired Pylon Cams with pan-tilt-zoom control in 4K, and augmented-reality (AR) virtual graphics.

“We’ve been waiting for SEC Saturdays for a long time,” says Steve Karasik, VP, remote production, CBS Sports. “We’re excited to see what the next few months of college football will bring to CBS.” 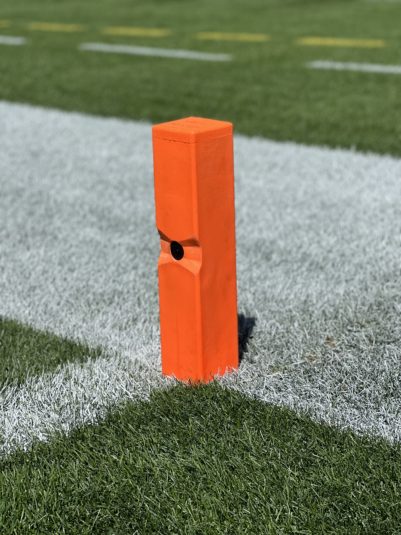 “We are extremely excited to see pylon-camera technology continue to evolve,” says Jason Cohen, VP, remote technical operations, CBS Sports. “The advances by our partner, C360, allow us to seamlessly pan, tilt, and zoom as action transpires in the end zone and thus no longer edit or cut multiple angles together. The 4K camera provides a unique field of view of nearly 200 degrees, so we are capturing a tremendous amount of field action with one lens.”

From a production perspective, adding these new elements to the broadcast will accentuate the growing number of technologies seen throughout the season. In addition to the Pylon Cams, SEC on CBS broadcasts will tap into more than 20 camera feeds. Highlighting the arsenal for this weekend’s opener in Auburn, AL, will be a drone from Kaze Aerials, a fixed-wing airplane for more aerial shots, a wired Sony HDC-F5500 as the shallow–depth-of-field camera, four specialty cameras with super-slow-motion capabilities, and a Sony HDC-P43 as the four-point Skycam.

“Director Steve Milton can take Skycams, drones, and specialty equipment and make it feel like an organic part of our coverage,” says Karasik. “Between Steve and [producer] Craig [Silver], it really is a cohesive unit that is always making decisions to do what’s best for the broadcast.”

AR View: Fans To See Information in a New Way With Virtual Graphics

Broadcasts around the industry have slowly integrated virtual graphics, and CBS Sports will do the same this year for SEC on CBS. Its internal production team, CBS VFX, has provided engaging graphics for other high-profile events under the CBS umbrella, including the 2022 Men’s Final Four. Building on Trackmen real-time 3D tracking technology and live video feeds from Skycam, the broadcaster is mapping out each venue to apply the augmented-reality overlays on the live crowd feed. Working closely with Lead Analyst Gary Danielson, the crew is putting together virtual graphics that are both aesthetically pleasing and statistically relevant.

Creatively, the production team is showcasing the pomp and circumstance of the sport with a handful of activations along with the graphics. Some visuals will include team mascots, logos, and other elements.

“We’re trying to have some fun with our design,” says Karasik. “We want to capture and lean into the fandom that you usually see in college football.”

On the technical side, CBS Sports will leverage a hybrid workflow for each week’s SEC Game of the Week. The onsite team for Penn State–Auburn will be housed in F&F Productions GTX20 A and B units. Replay operators will be working on six 12-channel EVS XT VIA servers; graphics operators, on eight separate machines. 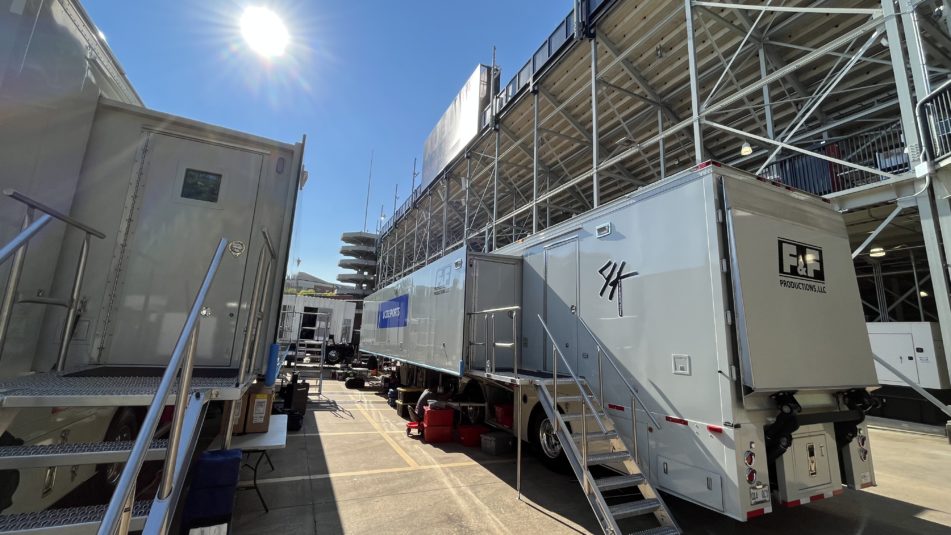 With onsite infrastructure much larger than that used during the pandemic, the broadcaster will deploy much smaller remote workflows for the college-football slate. Like CBS Sports’ NFL team, the college-football production crew will receive Hawkeye replay services from two offsite staffers. Overall, Karasik relies on the expertise of the operations team — Cohen; VP, Talent, Production Planning and Technology Development, Ross Molloy; VP, Engineering and Technology, Mike Francis; and others — to tell the story of a game in a compelling yet understandable way.

“We want the technologies to enhance what we’re doing and not overwhelm the audience,” says Karasik. “In the end, the coverage of these games is what fans are looking for.”

Aside from the SEC power teams on the main linear channel and Paramount+, CBS Sports Network (CBSN) will pack a hefty punch this fall. Besides 70 games, including selected UConn home games, the network will carry 15 telecasts of the U.S. Service Academies (six for Army, five for Air Force, four for Navy, and the three Commander-in-Chief’s Trophy games) and matchups from Conference USA, Mid-American Conference, and Mountain West Conference. The 2022 Conference USA Championship Game will be aired for the fourth consecutive year at 8 p.m. ET on Friday, Dec. 2.

This weekend, three mobile-unit providers will be represented in the compound of the CBSN games: NEP Supershooter 26 at War Memorial Stadium in Laramie, WY; Game Creek Video Dynasty at Michie Stadium in West Point, NY; and a Ross Video truck at Huskie Stadium in Dekalb, IL. UFC vs. FAU will see NEP NCP7 parked outside FAU Stadium in Boca Raton, FL.

“I would put our lead team of [producer] Scott Brandwein and [director] Matt Plundo against anyone in the business,” says Karasik. “They have a unique sense of timing and feel for the game.”

Behind the Mic: On-Air Talent Take Fans Through Games on CBS, CBSN

Leading the way for SEC on CBS, the duo of play-by-play voice Brad Nessler and Danielson will guide fans through every play on the field as newly named reporter Jenny Dell roams the sideline. Gene Steratore will be rules analyst. Before, during, and after each game, College Football Today with host Adam Zucker and analysts Rick Neuheisel and Brian Jones will offer in-depth breakdowns of the game’s critical moments. 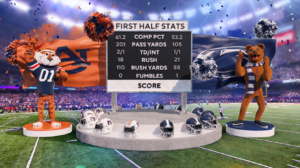 Studio show Inside College Football has returned for its 20th season. Every Tuesday night, Zucker, Neuheisel, Jones, Cross, and Taylor will bounce around the NCAA to recap the weekend’s biggest games. During the weekend, live studio coverage is anchored by Brent Stover and analysts Houston Nutt, Kevin Carter, and Danny Kanell.

Home to one of the best conferences in the U.S., CBS Sports always looks forward to this time of year. With important regular-season games played every week, the tide of the college-football world turns with each result.

“Every week, we have a matchup that will play a role in determining the national championship this year,” says Karasik. “There aren’t many networks that can say that, so it’s hard not to get excited.”

With Milton and Silver at the helm, the broadcaster is bullish on improving its technological offerings and is ready for the first of many action-packed weekends.

“We’re off to a great start in our early NFL and SEC seasons,” says Cohen. “As we attempt to innovate, it requires everyone’s hard work to get both efforts off the ground. We’re fortunate to have an amazing team at CBS that collaborates incredibly well, which turns into successful productions every weekend.”