Hosted at the Helen Mills Theater in New York City on May 24, the SVG Sports Graphics Forum brought together creative and technological leaders behind marquee sports broadcasts for a day of  networking, information exchange, and idea sharing all around the rapidly-changing world of live sports graphics. In addition to the live event, SVG hosted a special virtual extra on June 1 as a followup to dive deeper into some projects with speakers who were unable to make the event in New York City.

The popular Monday Night Football With Peyton and Eli – also known as the ManningCast – returned this week for the start of its second season.

For ESPN’s graphic design team, building the graphics package for the much-hyped property created a unique challenge both operationally and creatively. Last year, the team had to create an entirely new package from scratch on an extremely short timeline after the Manningcast was announced less than two months prior to the kickoff of the 2021 NFL season. Then,  ESPN creatives were tasked with delivering graphics that were equal parts fun and informative while also catering to the “hang-out at home” format of the show.

ESPN Art Director Brian Girardin joined SVG virtually to share a look behind the scenes at the graphics supporting the Emmy Award-winning production. 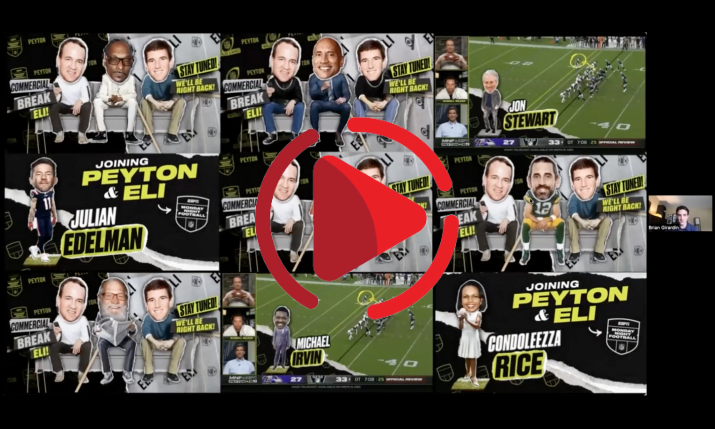 SVG PLAY is your new home for all Sports Video Group live event and long-form video content. As an SVG member and sponsor, receive simple access to all SVG event panels, case studies, keynotes, and more all in one place. To visit SVG PLAY, CLICK HERE.