The long-time leader in hardware aims to be tops in software, too

Grass Valley had its own hall at IBC, and one can see why. The suite of applications and software making up the Grass Valley Agile Media Processing Platform (AMPP) continues to expand, and that requires space to show them in action. And then there are the hardware-based solutions that continue to be a big part of the Grass Valley portfolio. All told, at IBC Grass Valley rolled out 11 new products, 24 new applications for AMPP, and 80 new features for the platform. Grass Valley CEO Dr. Andrew Cross sat down with SVG during the show to discuss what it all means and what lies ahead for Grass Valley customers and the industry. 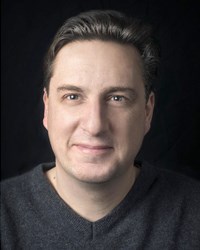 Grass Valley’s Dr. Andrew Cross: “We are going to build AMPP as an infrastructure that we let everybody use.”

It has been three years since IBC 2019, and a lot of companies have been transformed. Can you encapsulate all the changes at Grass Valley?

Cross: What is new about us is that we’ve become a leader in software technology. And nobody should take that for granted: Microsoft has gone from Windows to Azure. We’ve always been in hardware, but we are now an expert in software. And everything you’ve seen here at the show is doing real-time processing in software. We’ve got almost all our products in software, and that is a fundamental shift and one that is very hard for companies to make.

That’s what is different. But here’s what’s not different: we understand that hardware still plays a role, and we are not looking to be a leader in software to replace hardware. We want to be a leader in software and hardware. And we are probably the only company that truly can be a leader in both. I think that that is important because it’s like Apple: they represent 75% of all the money made in the cellphone market, but, if they had just made hardware, they would be 50% of the market, and, if they just made the software piece, they would be Android. It’s the fact that they can combine to be the best of both.

I think that that’s what Grass Valley is becoming and needs to become. We clearly have become experts in software. We also understand software is great where things like computers get commoditized, because it is just far easier to use GPUs and CPUs for certain things. 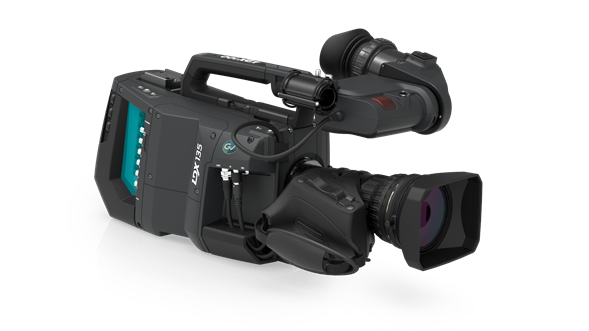 But certain parts of broadcast hardware have not been commoditized and won’t get commoditized because they’re not just general-purpose markets. If you can be good at both, that can make you truly unique in the market. I think that that’s something that only we can do.

If someone comes to you and asks, Which way should I go, hardware or software? Is there a delineation on what workflows work best one way or the other?

Cross: I don’t think they’re distinct; I think they help each other. There are certain things where you are in a facility, and you can’t avoid having some kind of routing right now. It might be SDI routing now, but even then, if you are running a big show, you’re going to do it on a control service, even if it’s software doing some of the video processing. That is why there are two sides to it in just the same way I couldn’t use a cellphone if wasn’t running an OS. You need both pieces, and they need to come together.

What’s new here at the show in terms of products?
Cross: I can give you an answer, but what we have here is more than the sum of the parts. We’ve got great new features in our switchers that combine multiple hardware switchers to generate up to 16 mix effects; we’ve got the LTX 135 camera that is amazing; and we have AMPP management, which now has NMOS integration. All of those are huge, but the fact that it’s all built on one platform and all works together is the real story. Our platform now allows you to have your cameras in one part of the world and the production gallery in another with IT management in the cloud. That’s the real story here.

How to do you introduce AMPP to someone unfamiliar with what it can mean to their operations?
Cross: We’re talking with all the tier-one broadcasters, so I do think they get the concept. They are all asking about cloud-based workflows, and they get it. But what they’re worrying about, legitimately so, is what this big change means for them. How does this change the technology? How do you do this without risking the business? How do you do it to grow the business and try new things without risking the old things? What kind of events is it worth doing it in? And what is it? Those are really good questions. A lot of [the broadcasters] are running POCs and tests. 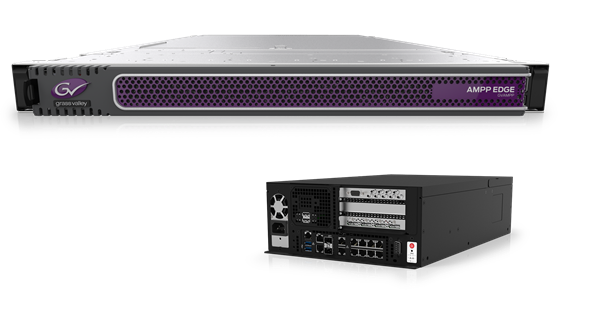 But a lot of them are now going to air as well. It is kind of astounding that every customer meeting covers next-generation platforms and the next-generation workforce, how they interact with hardware, and how private cloud can be used to augment shows, capabilities, and allow people to work remotely.

How are the conversations you are having different for European broadcasters from other broadcasters?
Cross: My instinctual answer is, they’re no different from everybody else we’re talking to. But there are a lot more public broadcasters than private ones, and they tend to have slightly different requirements than private ones. There are things like regulations about where their data is stored and government regulations that get pushed on them and that they have to comply with. That means they sometimes have to move more slowly.

But, ultimately, they are asking the same questions. One of them is around cost pressure, and that has huge implications on their operations. It is not actually getting talked about, and technology is helping them produce better content more efficiently. Ultimately, better content wins out. I hope that what we all learn as part of this is how you can make a show without all the bureaucracy around creating a show and focus on making a great show.

What does the industry still need to do with respect to the move to the cloud and software?
Cross: Our vision is that, in 10 years, there won’t be any SDI at the show and probably everything will be IP and in the cloud. But there are no standards around the cloud version of ST 2110 or the cloud version of SDI. There needs to be one because, otherwise, every vendor is going to say ‘Check out our apps’ and only work within their apps.

We want to take what we’ve done with AMPP and basically use it to connect everybody, which is good for everybody, including us. That’s what we see as our mission: we are going to build AMPP as an infrastructure that we let everybody use. That’s something that gets me excited.