With the celebration of its 25th-anniversary year nearing its conclusion, Fox Deportes is ushering in a new era, having just launched a pair of new state-of-the-art studio sets to support its lineup of live programming. 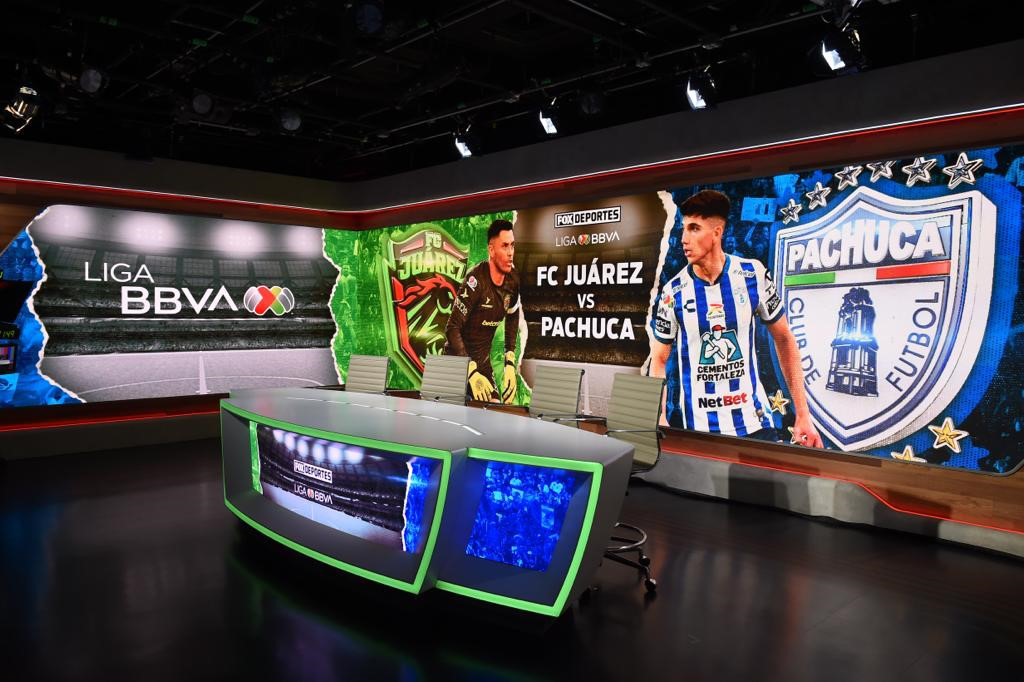 “This is [Fox Corp.] telling everybody, ‘We believe in the Hispanic sports market in the U.S.,” says Sergio Verdu, VP, production, Fox Deportes. “Fox Sports is absolutely thinking about how we can get that Hispanic audience served. There’s no doubt that these kinds of projects make sense. The Hispanic fanbase in this country is huge, and they’re passionate, they spend money, and they are a group to be served.”

The Los Angeles studio is a full renovation of a space that Fox Deportes has worked out of for more than 12 years. Located in the Fox Studios Pico lot, it serves as the primary studio home for all programming surrounding live events on the network, such as Liga MX (the top-flight Mexican soccer league), boxing, and Major League Baseball. This studio is the result of a lot of inspiration and piggybacked off some technologies that Fox Sports brought in for construction of its main studio in the same building that’s used for Fox NFL Sunday.

Designed by Jack Morton Design, Fox Deportes’ new L.A. set features a 360-degree format, green screen, and three walls of LED. Production crews will use the LED video walls for crisp, colorful, and dynamic backgrounds, displaying live shots from venues, images, and logos. LED panels can instantly be updated to match the branding of a given show or live event. There are also multiple host positions on the set, and the studio desk can be moved around for fresh looks.

There was full investment in new Sony cameras for the stage, new lighting, and a supporting control room (Fox Deportes has five control rooms at the Pico facility) with a fresh lineup of EVS replay, Vizrt graphics engines, and more. 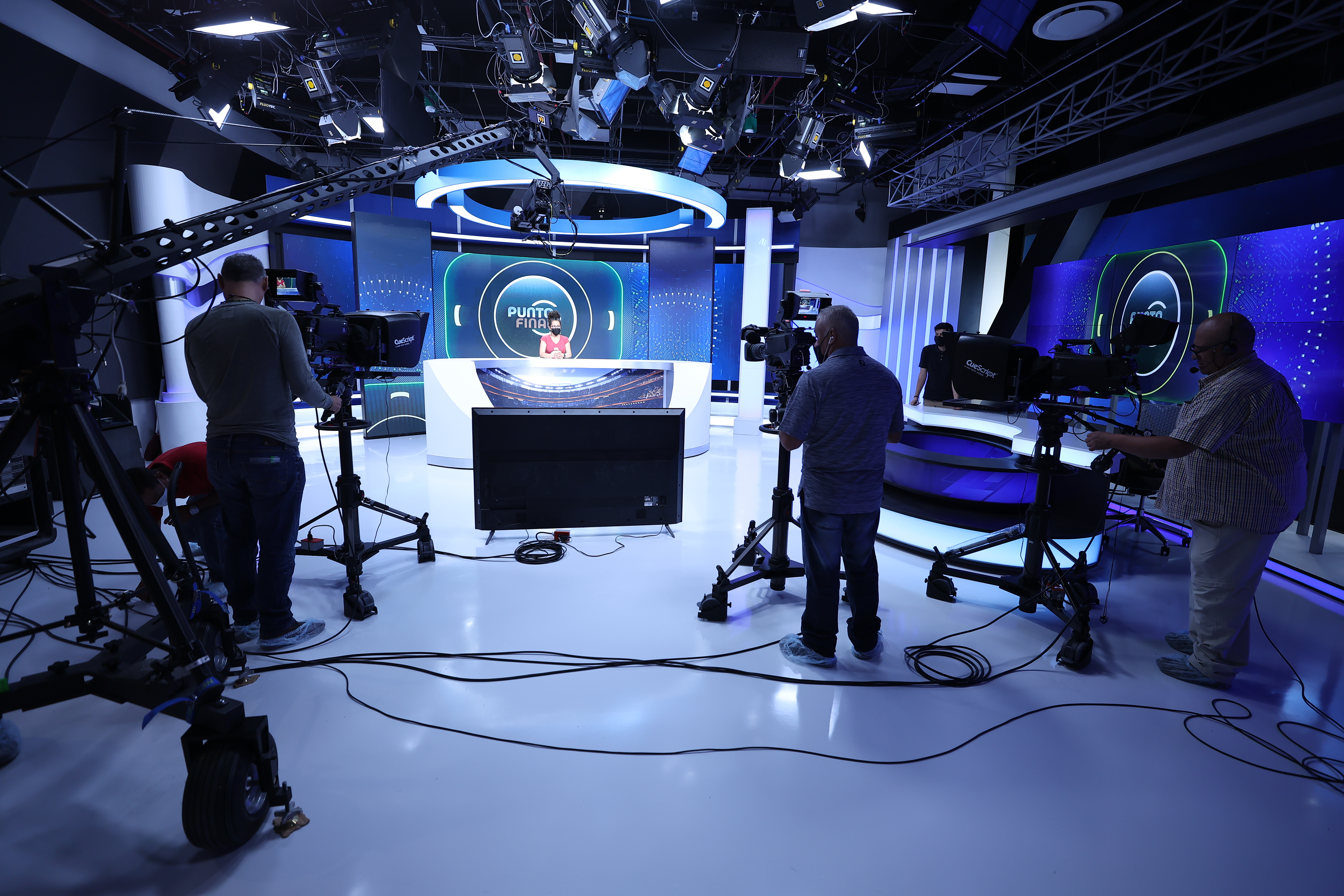 Construction of the Mexico City studio included two control rooms, one of which is still under construction and scheduled to open before the end of the year.

In Mexico City, Fox Deportes welcomed two new shows to its lineup last week: PUNTO FINAL and TOTAL SPORTS 360. Both are hosted from the new studio space in the network’s secondary home.

Built with MediaPro, the 1080p studio is fully fiber-connected to the broadcaster’s L.A. headquarters and boasts its own brand-new control room housing new EVS playout and edit servers (according to Verdu, the supporting space has four playout and 12 ingest channels and 100-TB capacity); an EVS routing switch with multiview, format conversion, and distribution (which is IP-ready); Vizrt, Vizpilot, and Vizartist graphics servers; and a 32-channel audio console with MADI expansion of up to 32 extra channels.

Verdu adds that the Mexico City facility will have two control rooms. One is up and running to support the new stage; the second is still under construction and should be completed “in the next couple of months.”

The Mexico City facility is centrally located in an office building on the Paseo de la Reforma (translated as “Promenade of the Reform”). The location created an interesting wrinkle in the construction schedule: construction needed to occur outside traditional business hours, with crews typically deploying in evening and overnight shifts to build out the studio.