In ESPN’s first season of National Hockey League coverage since 2004-05, which ended with the Colorado Avalanche raising the Stanley Cup at Amalie Arena, the broadcaster’s production and operations crews gained valuable lessons that will be put to use during tomorrow night’s doubleheader: Tampa Bay Lightning vs. New York Rangers in New York City at 7:30 p.m. ET and Vegas Golden Knights vs. Los Angeles Kings in the City of Angels at 10 p.m.

“We had a lot of fun last season by taking things in stride and having the passion to do better,” says Erin Orr, senior manager, remote operations, ESPN. “We tried new things, and, while some worked and others didn’t, our team learned from every moment.”

ESPN experienced a learning curve during its first NHL season in nearly two decades. Producing each game as a cohesive unit, the production and operations crews applied its own critiques after every show. On the production side, understanding viewing habits and implementing enhancements that would appeal to the NHL audience was paramount. Though posing unknowns and obstacles, having this new NHL property in 2022 was a chance to produce shows with the newly constructed team led by ESPN Coordinating Producer Linda Schulz and Lead Game Producer Jeff Dufine. 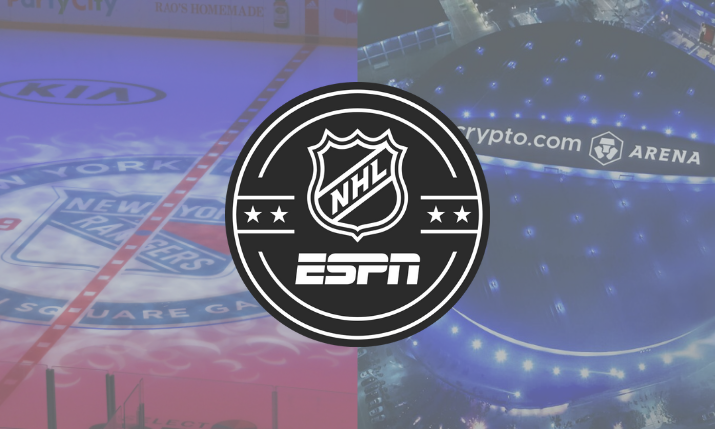 The 2022-23 NHL on ESPN season will begin in New York and Los Angeles on Tuesday night.

“One of the reasons I was so excited to be part of this project,” says Schulz, “was the fact that we were building our production plan from scratch. We had people that worked on the NHL 17 years ago with ESPN and people like me, who were new to the sport.”

With a team that had various levels of experience, the creativity of the production slowly came together as the season progressed. The crews learned how to adapt to changes on the fly and devise production plans while also wondering if all the equipment would be ready to roll when the puck dropped.

“Achieving our goals required extensive camera and audio specifications, which is an aggressive setup in facilities that are frequently occupied the night before a game,” Schulz explains. “With our exclusive coverage, our load-in and load-out were often done in one day.”

“We were presented new opportunities,” notes Orr. “Looking back, they helped us be a better version of ourselves. [This season], we’ll continue to seize chances and go out of our comfort zone to ensure the best product.”

The 2022-23 regular season will start with a splash on both coasts. Tuesday night will feature a rematch of last season’s Stanley Cup Eastern Conference Finals, in which the Tampa Bay Lightning defeated the New York Rangers in six games.

At Madison Square Garden (MSG), the onsite team will be housed in Game Creek Video Gotham mobile unit. Inside the venue, the game will be covered from angles above the ice, at ice level, and everywhere in between. Deployed during notable high-profile matchups last season, an aerial Supracam will be installed in the rafters of MSG for shots of the crowd in the upper levels and replays of the action from a bird’s-eye view. An on-ice camera operator will grab shots during breaks and timeouts; near the boards, a Sony HDC-4800 will record in 16X speed. 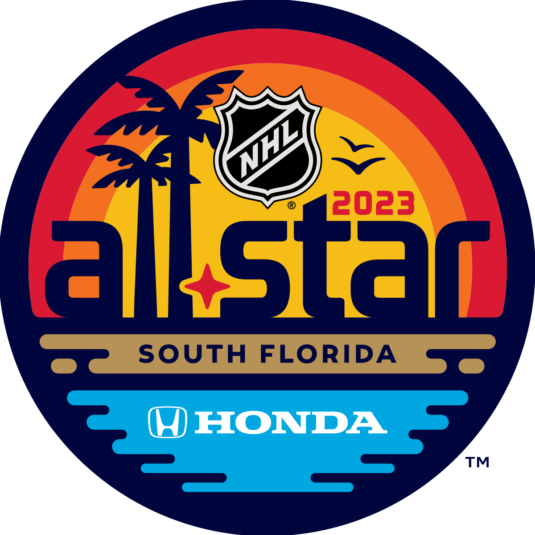 In Los Angeles, Crypto.com Arena will host a Pacific Division matchup between the Vegas Golden Knights and Los Angeles Kings. Within NEP EN3 mobile unit, the L.A.-based production team will be in command of nearly 40 cameras — including an on-ice handheld and a super-slow-motion unit — and other devices also being used in New York. With nearly 40 video feeds coming from the Big Apple, almost 80 channels of replay will be in use for both games.

In a new wrinkle this season, the league-mandated Digitally Enhanced Dasherboards (DED) will be seen for the first time on the broadcaster’s air. Deploying Supponor AI-based keying technology, sponsorship messaging and signage will be integrated into the live broadcast.

“This technology allows virtual ad placement along the dashers during gameplay,” says Werner. “The augmentation process is applied downstream of the mobile unit prior to our transmission release.”

Along with the DED workflow, remote resources will continue to play a role during the 2022-23 NHL campaign. Rules analyst Dave Jackson will make appearances on the broadcast to explain any tough calls made by the officials, but he will be doing so from his home in Denver. Others will also be working from offsite locations, including a producer creating packages from his home in Phoenix.

“We’ll be working with more remotely connected users, such as a graphics operator, bug operator, Libero operator, and even an EVS editor preparing packages with player-microphone content,” says Werner. “After the puck drops and the replay room begins creating content clips, file transfer between Bristol and the remote site immediately gets under way. This instantaneous process means that the melt is complete just moments after the clock reaches zeros.”

On the production side, each show will feature both familiar and new elements. Addressing the former, Schulz sees the benefits of technologies introduced last year to tell a deeper story within a game: “So much of what we’ll do this year is embracing what worked [last year]. We knew that super-slo-mos were our best friend to show a fast puck and its path to the net, and we knew that adding mics to the nets would give fans the in-arena experience through sounds of the game.”

Along with some of last year’s techniques, there will also be a handful of new implementations. Seen during typical broadcasts on linear television, in-game coach interviews will be common on games streamed on ESPN+. Introduced during last year’s Stanley Cup Playoffs, enhanced replay technology will be used for high-quality telestration. Seen during the MLB and NFL seasons on ESPN, alternate casts will make its way to the NHL side on ESPN+. Debuting during the Lightning vs. Florida Panthers on Friday, Oct. 21, “Star Watch” will exclusively follow some of the game’s most impactful players with isolated cameras and stats. Other games will also have this feature, including Avalanche vs. Rangers on Tuesday, Oct. 25, and Boston Bruins vs. Pittsburgh Penguins on Tuesday, Nov. 1, along with others yet to be announced. 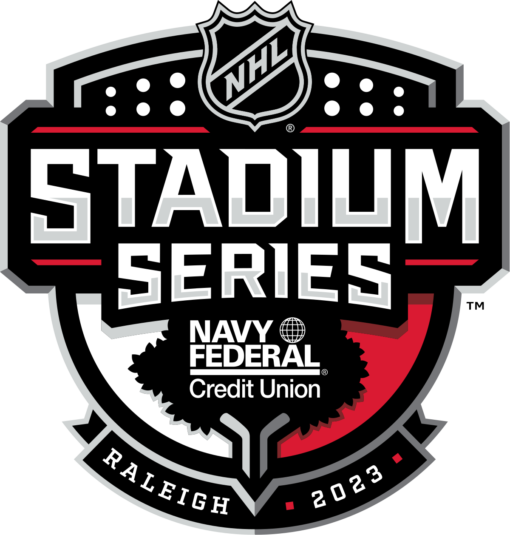 Large audiences are expected for TV or streamed coverage throughout the regular season, but viewers should put a gold star next to a pair of events on the calendar. First up will be the 2023 NHL All-Star Weekend at FLA Live Arena in Sunrise, FL. Home of Eastern Conference juggernaut Florida Panthers, this will be the first crown-jewel event to be held in South Florida since 2003. Two days of festivities will be highlighted by NHL All-Star Skills Game on Friday, Feb. 4 at 7 p.m. ET on ESPN and the NHL All-Star Game on Sunday, Feb. 4 at 3 p.m. on ABC and ESPN+.

The 2023 NHL Stadium Series heads to Raleigh, NC, for a special outdoor game between the Washington Capitals and Carolina Hurricanes at NC State’s Carter-Finley Stadium on Saturday, Feb. 18. The 13th game in the event’s history will be broadcast on ESPN and simulcast on ESPN+. From Schulz’s perspective, the collegiate football venue offers unique angles for the broadcaster’s first outdoor NHL-game production.

“The game will have a student section in the end zone that will extend onto the field by the ice,” she says. “We’re exploring some new technology that could be done only in an environment like this, and we can’t wait for it.”

I nthe studio, Linda Cohn and Arda Öcal will host In the Crease, and for games on ESPN Deportes, Kenneth Garay and Eitán Benezra will do play-by-play commentary with Carlos Rossell and Antonio Valle as analysts.

No Sophomore Slump: ESPN Preps for Another Year of High-Paced Hockey

With a schedule that will feature stars behind the scenes as well as on the ice, there are lots of reasons to be excited. Armed with new technologies and a reliable crew, Schulz credits the efforts of Orr, Werner, and the NHL on ESPN’s technical crew.

“Erin [Orr] and Jeff [Werner] have the daunting task of taking our production concept and making it a reality,” says Schulz. “Whether it’s a 19-path REMI that refuses to compromise because we’re producing from a control room or an onsite production with multiple live pointers, they’ve got us covered.”