Major League Soccer will crown a first-time champion on Saturday afternoon as the Philadelphia Union visit LAFC for MLS Cup 2022 (4 p.m. ET, FOX) and Fox Sports is rolling into the cozy quarters of Banc of California Stadium with a creative and comprehensive production plan.

Fox will have 24 cameras on the show, including four super slo-mos, a SkyCam and a helicopter in the air, and an RF Steadicam roaming down on the field and the sidelines. With little room available behind the nets at this stadium, FOX did have to scratch the jib that it typically have for an event of this nature. Instead, the crew will deploy robotic cameras behind both goals. 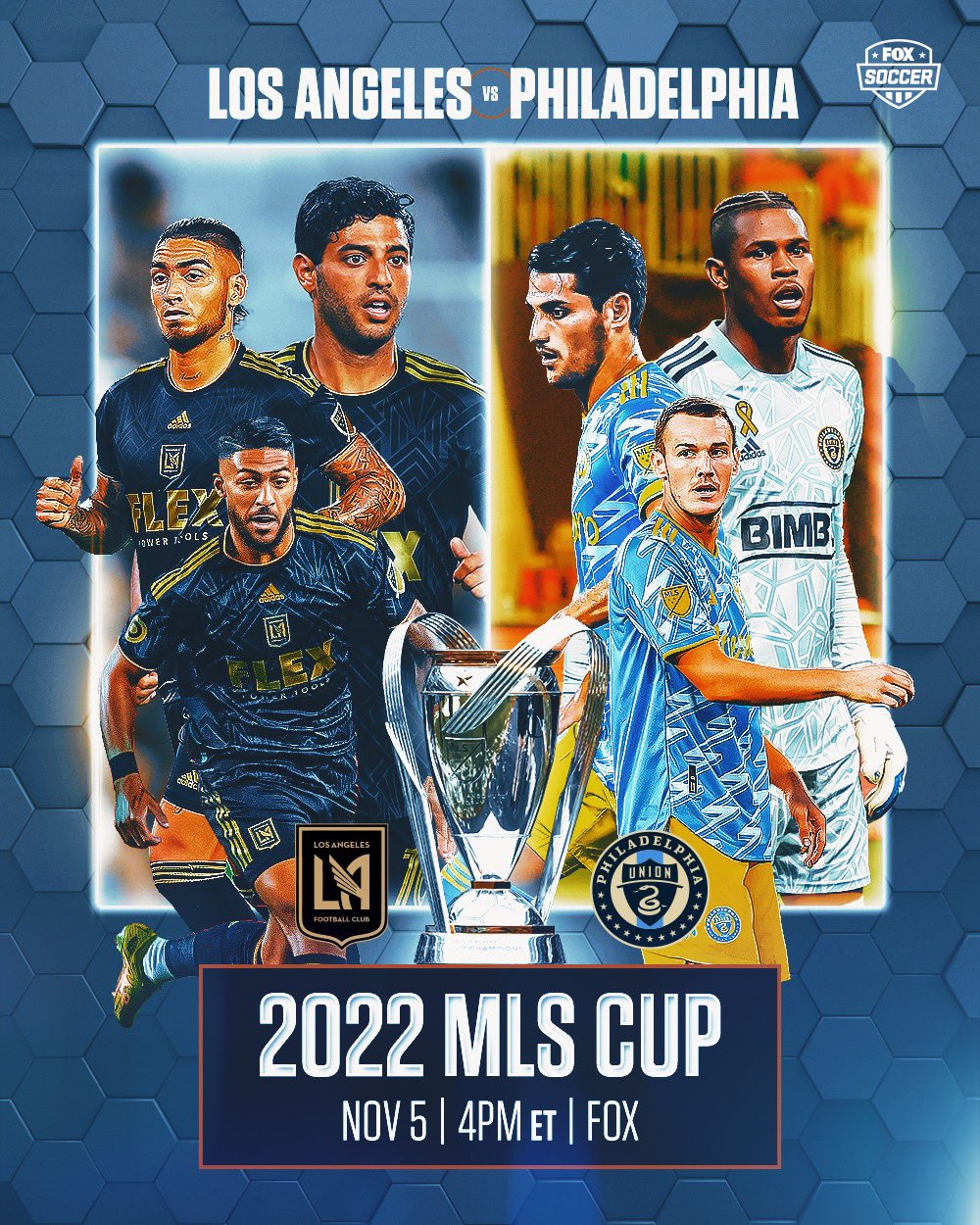 “Banc of California is a tight stadium, which is great for the atmosphere and fan experience, but that limits our camera options behind goal,” says Zac Kenworthy, VP, Production for FOX Sports. “A traditional jib camera just doesn’t have the space to operate, but these robotic cameras will provide us that up close and personal perspective on the action in the box and won’t hinder the fan experience behind the goal.

Kenworthy also specified that those robos would be operated remotely by operators sitting inside the production truck out in the production compound.

In classic Fox fashion, extra attention has also been put into the audio side of this MLS Cup. Taking advantage of the raucous supporters’ section at LAFC matches, eight crowd effects mics have been placed near where both supporters groups will be sitting. Says Kenworthy: “Banc of California Stadium is a special place with an intense atmosphere and we have worked with the clubs on ensuring we are bringing the atmosphere across on our broadcasts.”

Additionally, there are 14 field mics, of which two are being placed closer to the team benches than normal. “In our broadcasts, over the past few months we have had multiple instances where our commentators had the ability to lay out and take in instructions being yelled from the bench,” adds Kenworthy, “and then they were able to respond in real-time to that moment. We expect the same on Saturday.”

Fox has two trucks onsite in the compound: its primary game unit – Game Creek Video Riverhawk – and a supplementary B unit: Game Creek’s B9. At the front bench are MLS on FOX’s top producer-director tandem of Johnny Araya and Dustin Denti.

Kenworthy also gave a nod to tech producer Chance Kulis whom he praised for his “attention to detail” and “out-of-the-box thinking.” “[He] has worked tirelessly this MLS season and is continuously looking for alternate options and enhancements for our shows.”

MLS Cup landing in Los Angeles – where FOX Sports is headquartered – is also a huge operational break for the company, which si in the throws of one of the busies stretches in the company’s history.

“The reality is we have the full weight of the company’s resources just a stone’s throw away,” says Kenworthy. “Selfishly, it has also cut down on travel for our talent and production crew right before many of us will spend six to seven weeks in Qatar for the 2022 FIFA World Cup. Our families were very happy.”