At a time when Americans find it hard to agree on anything, they agree on this: they love football. Man or woman, from the worker on the assembly line to the IT nerd to the big boss in the corner office to the immigrant selling hot dogs from a cart, the glue is the NFL.

The even more common bond is TV. It is literally where the action is. Roger Goodell, commissioner of the league since 2006, knows that. So do the broadcast and cable networks and, now, the streaming outlets.

“It’s how we reach the vast majority of our fans,” Goodell told the Los Angeles Times as he toured the brand-new NFL Studio in Los Angeles last year. “We always have to set that bar higher, to give our fans a better experience, to give them greater access, to give them higher quality, to give them something unique.” 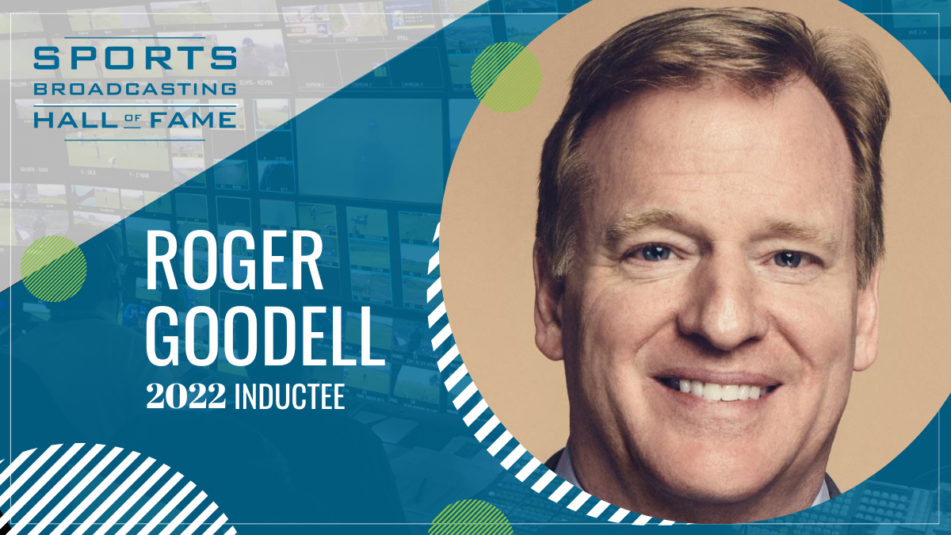 Like a good quarterback, Goodell seems to have the right touch and a lot of good mentors and, over the past few years, has added some impressive accomplishments to his own NFL highlights reel.

In 2021, Goodell and the NFL made history by inking jaw-dropping contracts with broadcast partners ESPN, NBC, CBS, Fox, and Amazon Prime that will give the league $110 billion in rights fees through 2033. NFL games will also be streamed over the networks’ owned streaming sites.

Amazon Prime now streams Thursday Night Football, averaging 11.8 million fans over its first eight weeks. After the first game in its 11-year deal, Jay Marine, VP/global head of sports, Prime Video, announced, “Our first exclusive TNF broadcast delivered the most-watched night of primetime in the U.S. in the history of Prime Video. During our TNF broadcast, we also saw the biggest three hours for U.S. Prime signups in the history of Amazon.”

Jeff Blackburn, Senior Vice President, Global Media & Entertainment, Amazon says that bringing the NFL to Amazon Prime for Thursday Night Football was a forward-thinking, long-term investment that would not have been possible without Roger Goodell’s partnership and leadership.

“He had a strong vision for the opportunities of the rapidly-growing streaming market — and we’re thrilled with the results so far and excited about the future together,” he adds.

The league’s own NFL+ streaming service adds more content. And all the big streaming companies are angling to get rights to NFL Sunday Ticket when the well-established DirecTV exclusive ends after this season.

The year before the new TV contracts were finalized, Goodell and the NFLPA signed a 10-year labor pact that increased the length of the season by one game, expanded the playoffs to include 14 teams, and created the ability for the league to play more games internationally. The negotiations concluded just days before the nation essentially shut down because of the COVID pandemic, and Goodell and the NFL convened a new negotiation with players and dealt with the crisis rapidly.

“What’s amazing is that, under Roger Goodell, the NFL was able to play the entire 2020 season from start to finish without missing a game. That’s just a remarkable accomplishment,” says Sports Broadcasting Hall of Famer and NFL VP Howard Katz, who constructs the NFL’s intricate media-centric schedule, another Goodell initiative.

But it didn’t totally surprise Katz. “He could drive you,” he says. “Because good is not good enough, and he feels that way about every single aspect of what he does. He pushes. He challenges. He doesn’t accept anything but the best.”

Goodell joined the NFL in 1982 as an intern and, except for a one-year detour to the New York Jets in ’83, has been with the league ever since, with increasing responsibility. By 1987, he had become the assistant to Lamar Hunt, then-president of the American Football Conference under NFL Commissioner Pete Rozelle.

“I would call Roger from time to time requesting information and his insight on the league’s direction,” says Sports Broadcasting Hall of Famer and former CBS Sports President Neal Pilson. “He was always candid and helpful, but you could never pry any of the league’s secrets from him. It was apparent that Pete and, later, [Hall of Famer and Commissioner] Paul Tagliabue had enormous confidence in Roger, and his stature within the league and with the owners continued to grow.”

(Like others, Pilson also recalls Goodell’s “crushing handshake,” a habit the commissioner says grew out of his being introduced to so many Goliath-size players.)

Goodell went on to become chief operating officer under Tagliabue and helped guide creation of the league’s instant-replay system. He played a lead role in creation of the groundbreaking NFL Network in 2003.

“The first thing that hit me when I started working with the NFL in 1994 was that it was unlike any sporting body I had worked with anywhere else in the world. They were all bloody smart!” says Sports Broadcasting Hall of Famer David Hill, who was president of Fox Sports when the broadcaster surprisingly grabbed the NFL rights from CBS.

“And there was Roger Goodell,” Hill continues, “who always carried himself with an air of authority. In conversations, he never said much, but what he did say inevitably got to the heart of the matter.

“In the early days,” he adds, “I didn’t see much of Roger, but I learned that he was working with the teams, getting stadium deals done, and obviously, at the same time getting first-hand knowledge of the inner workings.”

A shrewd businessman, Goodell is sometimes perceived by fans as cold and unapproachable. He considers that just part of the business and plays it for all it’s worth.

He has become accustomed to fans’ long, lusty booing, which started in 2011 when he was introduced at a Draft Day event two months into a player lockout. “When I first came up to the podium,” he remembers, “it was not only deafening; I could physically feel it. It almost pushed me back. But it was good in one sense: you felt the frustration of the fans” who were attending the event at Radio City Music Hall.

“They wanted their football,” he told retired Yum Brands Chairman/CEO David Novak, who hosts a podcast called How Leaders Lead.

Goodell has been able to turn the jeers into a kind of signature and, in the process, has become something of an Everyman, at least to some fans.

In 2020, when the country was effectively shut down, the NFL and Goodell had the brilliant idea of hosting the NFL Draft event from the basement man-cave in his home, where he was seated in the old leather chair from which he had been watching NFL games for 30 years. The image was so popular that, when the Draft was held last year on Cleveland’s lakeshore, Goodell sat in that chair on the stage. Fans got a chance to sit in it, too. And boo him.

The Draft Day event is another example of how Goodell’s NFL has, sometimes subtly, expanded its influence. The college draft was once a relatively private league function in New York, and Goodell recalls that, when ESPN asked to cover it in 1980, Rozelle thought, “Boy, they must be desperate for sports content.”

Under Goodell, the NFL Draft is now a three-day event that has become a city-wide festival in host cities. For the Las Vegas edition this year, the league and city reported that 300,000 people joined in on the hoopla on the Strip and as many as 55 million watched at home.

Goodell, in large part because of his handling of media rights, is responsible for that. “He puts a lot of Hollywood executives to shame,” Hill says, and he does that despite “having 32 bosses he has to satisfy.”