The Confederation of North, Central America and Caribbean Association Football (Concacaf) and OneFootball, a football media platform, have agreed to a global content sharing partnership to bring original content from Concacaf to fans across the world. The deal will bring all the editorial content published on the official Concacaf website to the OneFootball app and website, including news, statistics, and match results, in English and Spanish, ensuring maximum reach and a personalized experience for fans in the region and worldwide. 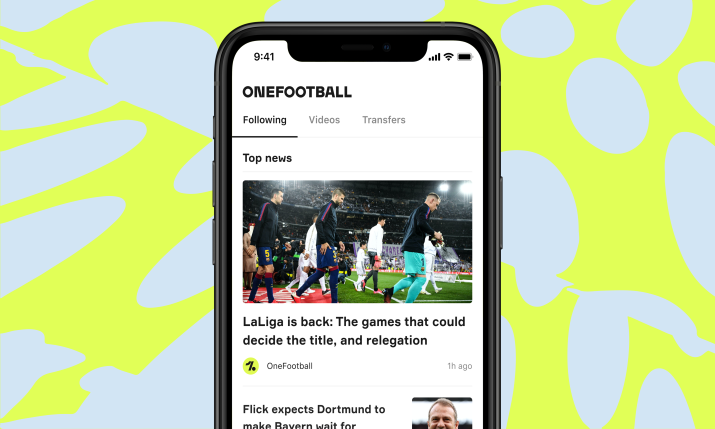 Concacaf news will appear in the user’s news stream as official content and will be identified with the Concacaf logo, including content about the 2023 Gold Cup. This innovative partnership will give Concacaf access to OneFootball’s 100 million-plus highly engaged, passionate football fans, offering them original Confederation content wherever they are.

Concacaf is one of FIFA’s six continental governing bodies for association football, and is home to 41 member associations spanning three regions: North America, Central America and the Caribbean. The region will also host the 2026 FIFA World Cup, due to be held jointly in 16 cities across Canada, Mexico and the US.

Next year, Concacaf will host three major tournaments: the Scotiabank Concacaf Champions League, the Concacaf Nations League Finals presented by Qatar Airways, and the 17th edition of the biennial Gold Cup, the leading continental championship for men’s national teams in the region.

The partnership brings together two leading proponents of women’s football, and Concacaf will use the partnership to promote content from its expanded competitions ecosystem. This includes the quadrennial W Championship which is the qualifying tournament for the FIFA World Cup and Olympic Games and the new Concacaf W Gold Cup which starts in 2024.

Tom Mueller, VP partnerships, at OneFootball, said: “Concacaf represents a region of the world that loves football and is home to some historic footballing nations. We’re thrilled that we can now give fans both in the region and around the world, easy access to the football action coming out of the Confederation’s top competitions, such as the Gold Cup. We want to get fans closer to football from around the world, giving them access to the football content they want, no matter where they are, and this latest partnership with Concacaf helps us make that happen.”

Heidi Pellerano, chief commercial officer at Concacaf, said: “This strategic agreement with OneFootball allows us to continue our digital expansion globally, bringing content from our member associations directly to our fans across the globe. Concacaf represents 41 very passionate member associations, many of which have large diasporas around the world, so it is important for us to deliver personalised content to them regardless of where they live.

“This content sharing deal will provide us with a greater platform for our major tournaments such as the Scotiabank Concacaf Champions League, the Nations League and the men’s and women’s Gold Cups. It will also help us continue the long-term international growth and commercial expansion that we’ve been experiencing as excitement builds ahead of the FIFA World Cup 2026, which will be held across three of our member nations. We’re hugely excited to be on board with OneFootball and can’t wait to see the increased engagement with fans.”