During the tracking of its newest LP, Empire Central, live in front of a studio audience, acclaimed genre-hopping ensemble Snarky Puppy employed headphones and microphones from Audio-Technica. 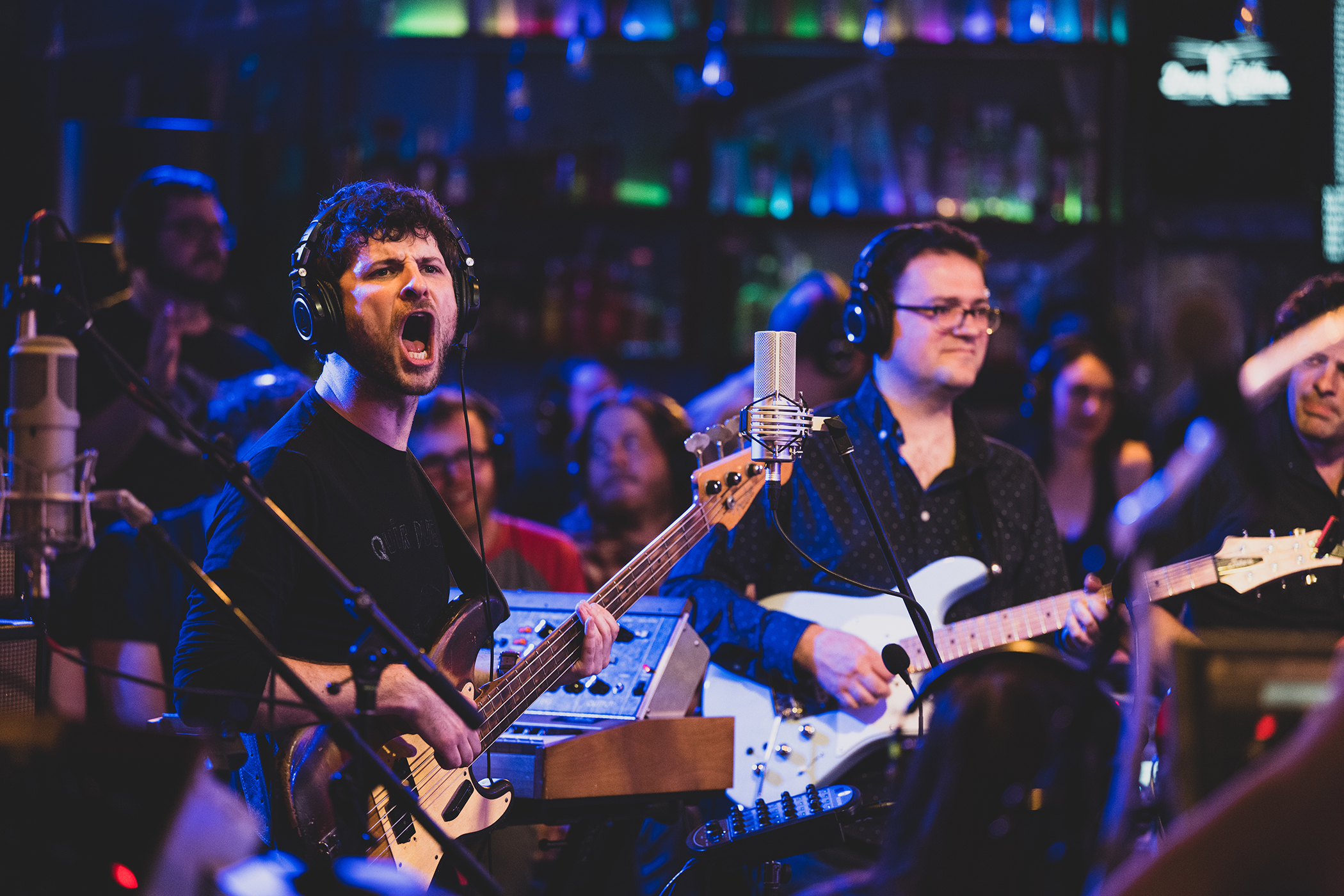 A variety of A-T products were used at the sessions, which took place in Dallas earlier this year. To give engineer Nic Hard a high level of control over the sound, the band did not use a P.A. – instead, a live stereo mix was created for headphones, and each audience member was provided a set of ATH-M20x professional monitor headphones to hear the performance. The band and crew members themselves donned ATH-M50x headphones. Hard remarks, “These headphones are especially effective in the studio because of the great bass response, but also the isolation they provide. That means the sound for the listener is great and less of it gets out into the microphones.”

Regarding the album’s live-audience in-studio recording format (which the group had used in the past but not in several years), the band’s bassist and founder Michael League notes, “For us, it’s the perfect combination of live show energy and high-quality sound recording. You play differently when there are people in front of you – especially when they are one foot away! It takes you out of the it-has-to-be-perfect recording mentality and puts the focus more on communication. I love it.” 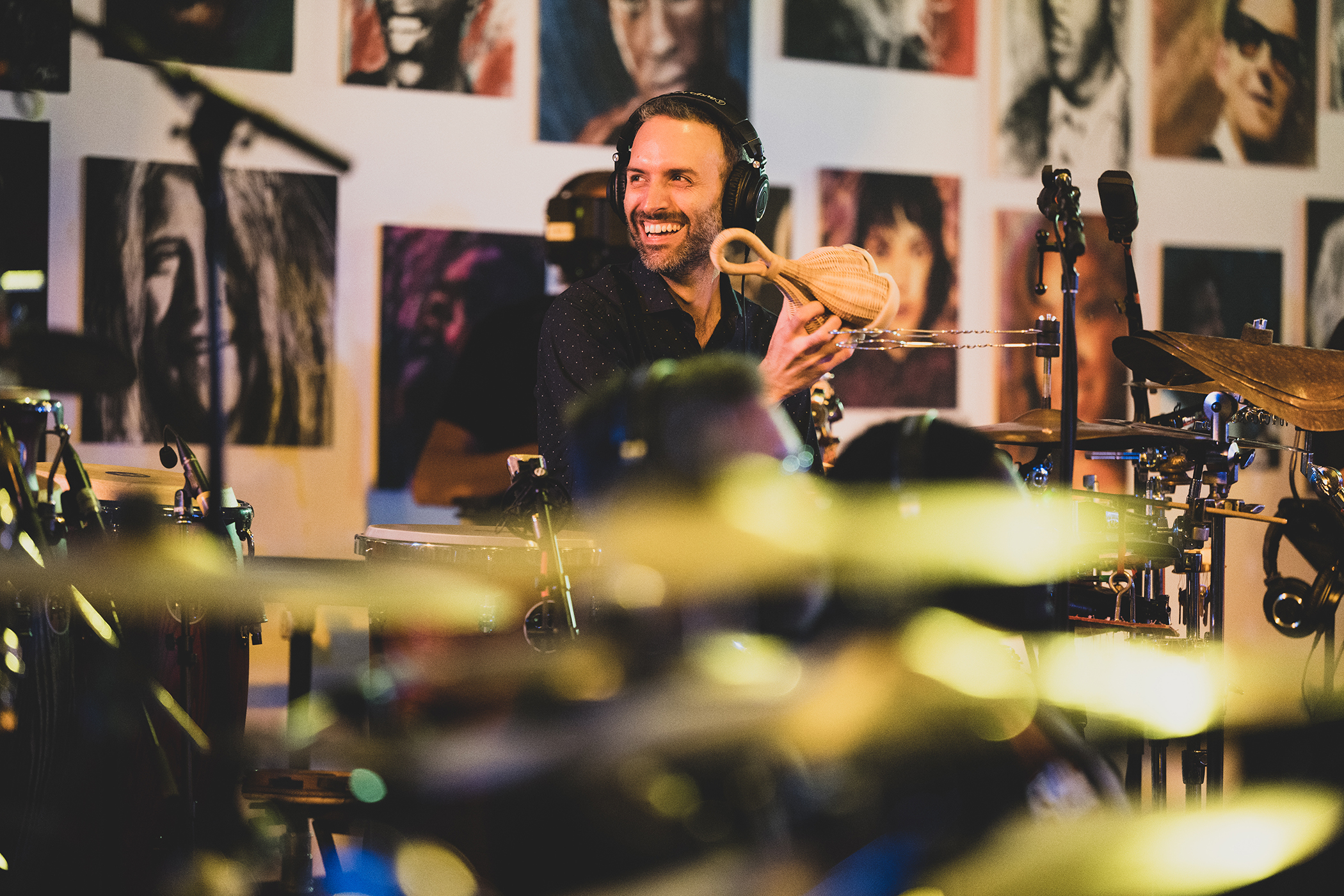 Percussionist for Snarky Puppy, shown in sessions for the band’s new LP Empire Central (recorded live in front of a studio audience), employing headphones and microphones from Audio-Technica

The lineup for this album featured 19 members, including electric guitars, keyboards and bass, along with trumpets, saxophones, drums and more. Hard notes that the largest and most significant problem to overcome in a session like this is reducing the amount of bleed in the microphones. “This is especially challenging when you have three drummers in the same room.” he remarks. As a result, he used several AT4050 multi-pattern condenser microphones for their selectable pickup patterns. “Using the different patterns helps me not only focus on what is being picked up, but also reject audio we don’t want.” For the horn section, he used AT4081 phantom-powered bidirectional ribbon microphones. “These are ribbons which not only sound great on horns, but they reject sound coming from the sides of the microphone. This made them ideal to place perpendicular to the drummers,” he adds. 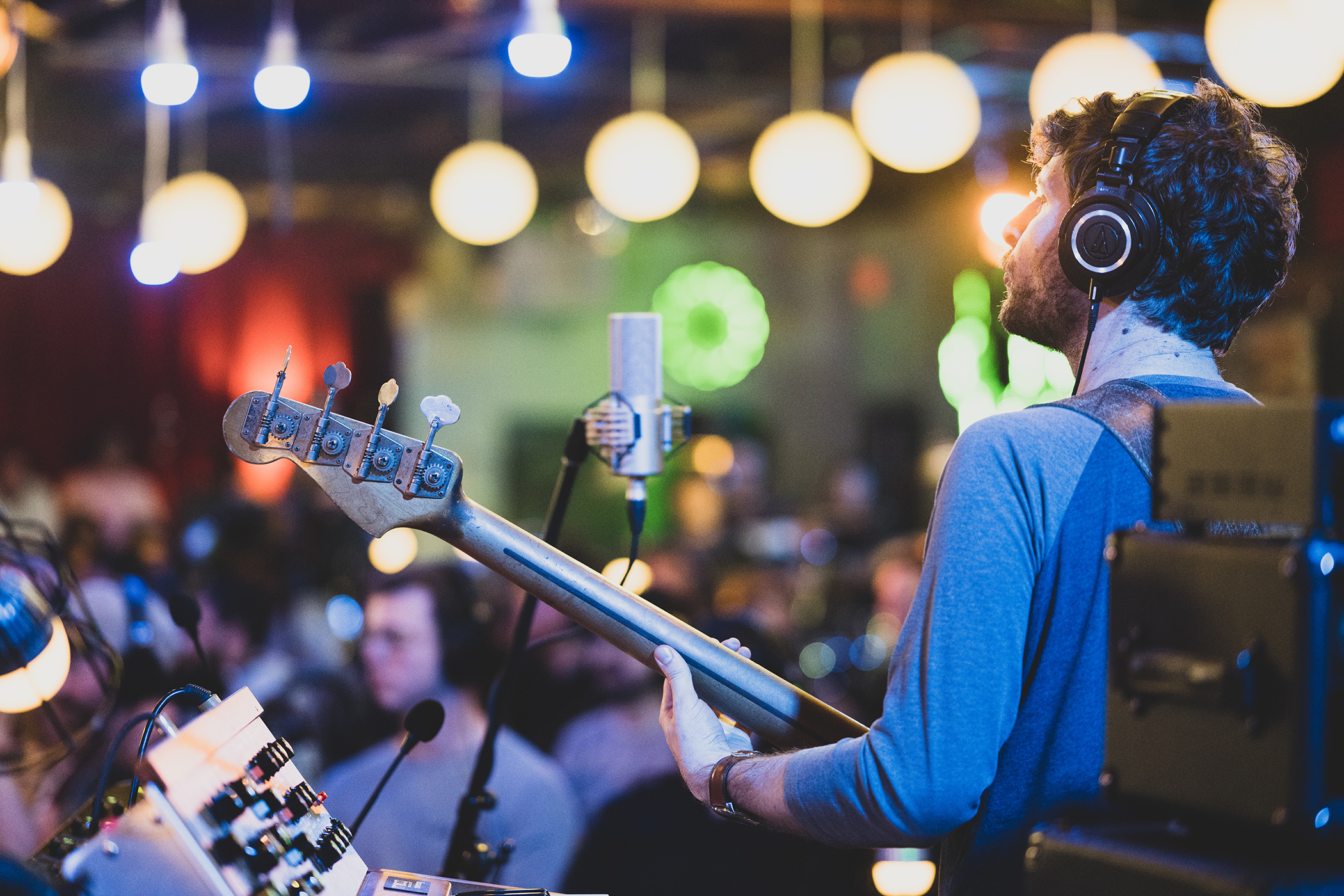 League chose Dallas for the album’s recording, because that was where the band originated. He recalls, “I actually gave the band a brief to help them hone in compositionally – ‘think about Dallas.’ I think this resulted in the music being harder-hitting, funkier, and more grounded. In a way, the comfort of returning to this recording format allowed more time and energy to be spent on making the music unique. It felt amazing to come home and make music in the place where it all started. I hope that the viewers and listeners feel that.”