To make it into the National Football League, especially at quarterback, you need tenacity, poise, fortitude, and leadership. Similar to a swashbuckling pirate or a high-flying ace, the position requires an aura of confidence that shouldn’t be confused with cockiness. Terry Bradshaw — for 14 years, the talisman of the Pittsburgh Steelers who lifted four Lombardi trophies and has been enshrined in both the College Football Hall of Fame and the Pro Football Hall of Fame — made his mark in the league and, in a style uniquely his, brought his swagger and humor to sports broadcasting.

Before grabbing the microphone and simultaneously educating and entertaining sports fans, the Shreveport, LA, native showed just how strong an arm was born with. A talented javelin thrower at Woodlawn High School, he logged numerous attempts at track and field history in his senior season. According the Bossier Press-Tribune, Bradshaw not only shattered the national record by more than 7 ft. but also bested his own record with another massive toss. The 243-ft. 7-in. toss in 1966 remained the record for an astonishing 44 years until Oregon’s Sam Crouser hurled the javelin 244 ft. 2 in. in 2010. Bradshaw’s show of prowess, along with spearheading the Knights’ first-ever appearance in the Louisiana High School Athletic Association football state championship, in 1965, earned him a spot on the team at Louisiana Tech University. In his first two seasons, Bradshaw sat behind Duck Dynasty’s Phil Robertson before starting as quarterback as a junior. With a combined record of 17-4, 5,204 passing yards, and 36 touchdowns in his final two years in Ruston, he was the first pick in the 1970 NFL Draft, by the Black and Gold. 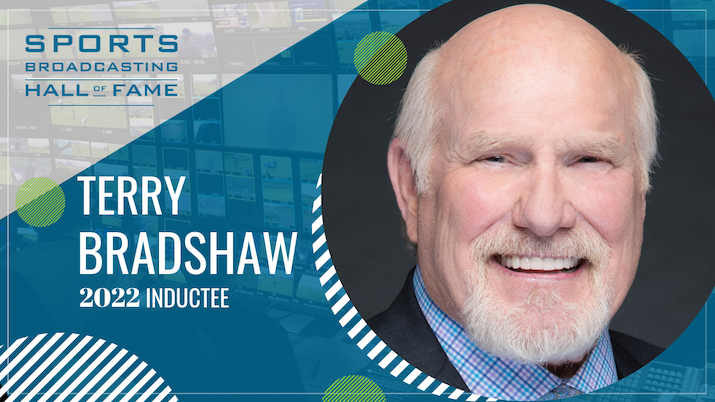 Throughout his life, Bradshaw has been able to turn the impossible into reality. In 1972, his third full season as a professional and second as a starter, the legendary passer served up the franchise’s first finish above .500 in nine years, the club’s first-ever season with double-digit wins, and the third-ever appearance in the postseason.

In a magical twist partially engineered by Bradshaw’s knack for the dramatic and partially a matter of being at the right place at the right time, that campaign was highlighted by the miraculous catch known as the “Immaculate Reception” in the AFC Divisional round. The annals of history largely remember the ricochet off John Fuqua or Franco Harris’s grip strength in catching the deflection before scampering to the end zone in the game’s dying moments, but the play wouldn’t have been possible without Bradshaw’s elusiveness and wherewithal. Although that win propelled the team to the next round, the Steelers were stymied by another team on its own run toward destiny: the only undefeated to team in NFL history, the Miami Dolphins.

Prior to hanging up his helmet in July 1984, however, he made the Steelers an undoubted dynasty in the 1970s, with back-to-back Super Bowl wins in 1975 and 1976 (the latter including a game-winning, 64-yard touchdown pass labeled the Greatest Throw of All Time) and again in 1979 and 1980. He was NFL MVP in 1978, selected for three Pro Bowls, and included on the NFL’s All-Decade Team.

Nowadays, it is common for high-profile stars to join the commentary ranks, but Bradshaw was one of the forerunners of this career transition. CBS Sports was his first home; he was guest commentator during the 1980-82 postseasons near the end of his playing days and spent six seasons 1984-90 as a game analyst alongside Sports Broadcasting Hall of Famer Verne Lundquist. Bradshaw moved from the booth to the studio, serving as an analyst on The NFL Today with Greg Gumbel until 1993.

The following year, Sports Broadcasting Hall of Famer and legendary Fox Sports executive David Hill happened to sit down to watch the Dallas Cowboys–San Francisco 49ers NFC Championship Game on Jan. 23, 1994. Having tuned in a bit early, he caught the pregame show and saw a man he hadn’t noticed before.

“I knew Greg Gumbel but not the guy sitting next to him,” says Hill. “He stood up from the desk and walked across the studio to a screen to diagram a play, but it wasn’t really a walk or a strut. It was a confident stride of someone who was totally at home in front of the camera.”

With the start of the young sports division’s TV deal with the NFL less than seven months away, Hill needed to assemble a studio team that would engage his new audience. On that NFC Championship morning, he was very impressed with what he saw, and it ultimately changed the trajectory of what was to become the juggernaut that is Fox NFL Sunday.

“I knew exactly what I wanted for the Fox Sports pregame show,” says Hill. “To find out he was the Terry Bradshaw was a bit of a shock, but he was the perfect television personality because, with him, you always expected the unexpected.”

With Bradshaw at the foundation as the show’s offense-minded voice, Hill and his colleagues filled out the table with Howie Long for defensive expertise, Jimmy Johnson for the perspective of a head coach, and Sports Broadcasting Hall of Famer James Brown as traffic cop. After the show’s debut on Aug. 12, 1994, the core four began leaving their mark on what has become the template for a successful pregame show. In his own right, Bradshaw has created the mold for a studio analyst: provide insider information of what’s seen on the field but do it with a combination of panache and humor.

“To say that Terry Bradshaw is one-of-a-kind would be an understatement,” says Curt Menefee, co-host, Fox NFL Sunday. “TB was the first to bring his personality to the table and, at the same time, lay it all on the table.

Aside from being the de facto face of the broadcaster’s NFL property on the pregame side, Bradshaw can be seen as a figure who summarizes the ethos of Fox Sports: taking your job seriously but not too seriously to enjoy yourself and the people around you. It’s another reason he has been tasked with highlighting other projects and properties of the company, including the debut broadcast of NASCAR on FOX before the 2001 Daytona 500 and serving as a major face of Fox Sports’ sports-betting efforts.

In the 29 years since its debut, Fox NFL Sunday has won four Emmy Awards and is a perennial mainstay in the lives of NFL fans on Sunday mornings. For his work on the program, Bradshaw has won the Emmy Award for Outstanding Sports Personality/Analyst three times and has anchored a changing cast of personalities.

“The past 29 years and counting with Terry have been the ride of a lifetime professionally,” says Long. “Back in 1994, an unlikely friendship began, and I haven’t stopped laughing since. He has redefined what the pregame show looks like, and, while many have tried to duplicate his genius, nobody has ever done it better.”

Mostly known for playful antics and loud voice, Bradshaw has metamorphosed into a well-known individual who is more than willing to speak about his daily struggles and the side effects of living life as a former NFL player. Over time, he has destigmatized topics like clinical depression and anxiety; offered advice on how to move on after football, drawing on his acceptance of the sudden conclusion of his playing career after an elbow injury; and, more recently, given context to overcoming bladder cancer and neck cancer between 2021 and 2022. Despite the hardships and troubles that life can throw at a person, at 74 years old, Bradshaw is still serving up one-liners like bullet passes over the middle and spreading joy to the sports world one Sunday at a time.

“We have a saying here that ‘Fox Is Family,’ and Terry is at the very heart and soul of that mantra — a personification of everything this company represents,” says Eric Shanks, CEO/executive producer, Fox Sports. “We are so fortunate to have him because not only is he a beloved, generational talent but he’s an even better person, the type who makes you want to come into work every single Sunday for the almost three decades he has been a part of Fox Sports.”