2022 in Review: That Was The Year That Was in Audio

2022 was a busy and interesting year for broadcast-sports audio, though perhaps the best thing that can be said for it was that it wasn’t 2020 or 2021. Those were years of Covid-induced frustration but also innovation that produced a WWII Manhattan Project-level of technology developments, most notably the arrival of multiple faux crowd-sound systems deployed across virtually every major sport. And it also showed us just how critical the sound of fans are to any sport. 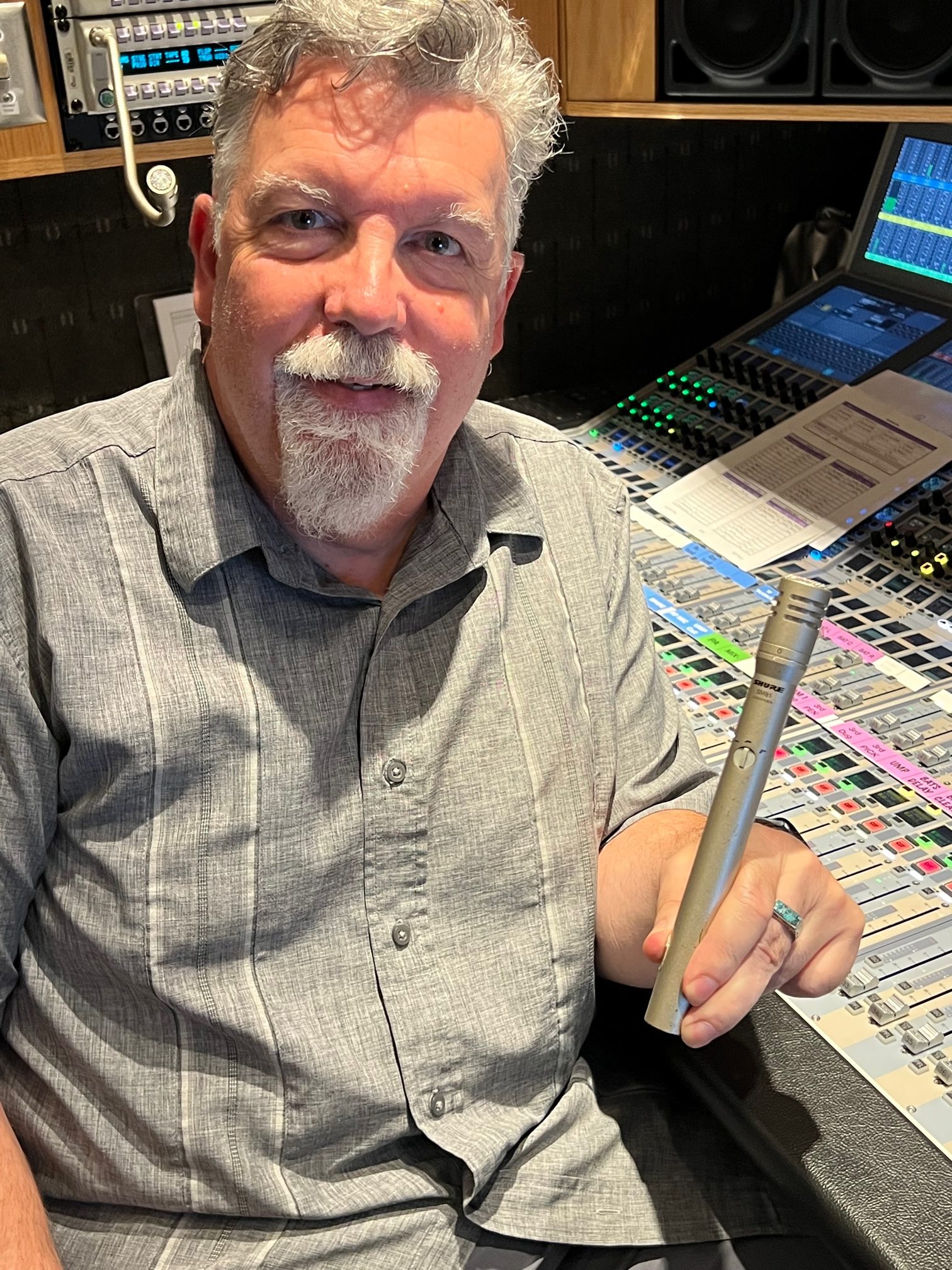 “We learned in Orlando that doing a show from an empty arena was like working on a sound stage,” Dave Grundtvig, lead A1 for then-Turner Sports’ NBA coverage, told SVG last year. “It’s not the same.”

(Not that those augmented crowd-sound are necessarily going away. Last winter, the NHL ordered seven crowd-sound systems to Canadian professional sports teams, including the Maple Leafs and Raptors, from Firehouse Production, which had done the Orlando “bubble,” in case the virus resurged there.)

But related supply-chain issues also continued to plague pro audio, resulting in a reported 61-week lag time for capacitors, a component necessary for every audio console on earth. Pro-audio manufacturers responded, some by bulking up component inventories, like Wheatstone, which made a million-dollar investment in large component buys and new factory equipment at its manufacturing facility in New Bern, NC, and Calrec, which responded with a redesign and upgrade of its Hebden Bridge, West Yorkshire, UK production facility for a more flexible manufacturing process.

Training took on a new emphasis last year as, like sports productions themselves, it had to go remote. Manufacturers stepped up to the challenge, with virtual programs such as Calrec’s Sound Institute, the Lawo Online Academy, the Shure Audio Institute, and Wheatstone’s VoxPro Academy.

But that only highlighted a much deeper problem facing broadcast audio: a lack of development of the next generation of A1s as the current cohort retired.

“We’ve seen a few shows where the A2 mixed the show, because that was our only option,” Bob Carzoli, Chairman and CEO at staffer ProCrewz, told an SVG audience.

Sports music continues to reflect the shift in the larger culture. The 2022 Super Bowl halftime spectacular may or may not have been “the greatest 12 minutes in music entertainment the world has ever seen,” as new halftime sponsor Pepsi promoted it, but it was an indication of the synergy between hip-hop and sports, featuring the genre’s royalty, including Dr. Dre, Snoop Dogg, Eminem, Mary J. Blige, and Kendrick Lamar. It also engendered what Gary Rosen, VP of Global Sales at Pliant Technologies, whose CrewCom intercom system provided the backbone for comms at Super Bowl LVI, “More wireless here than anybody’s ever assembled,” with as many as 80 workers using wireless intercoms. 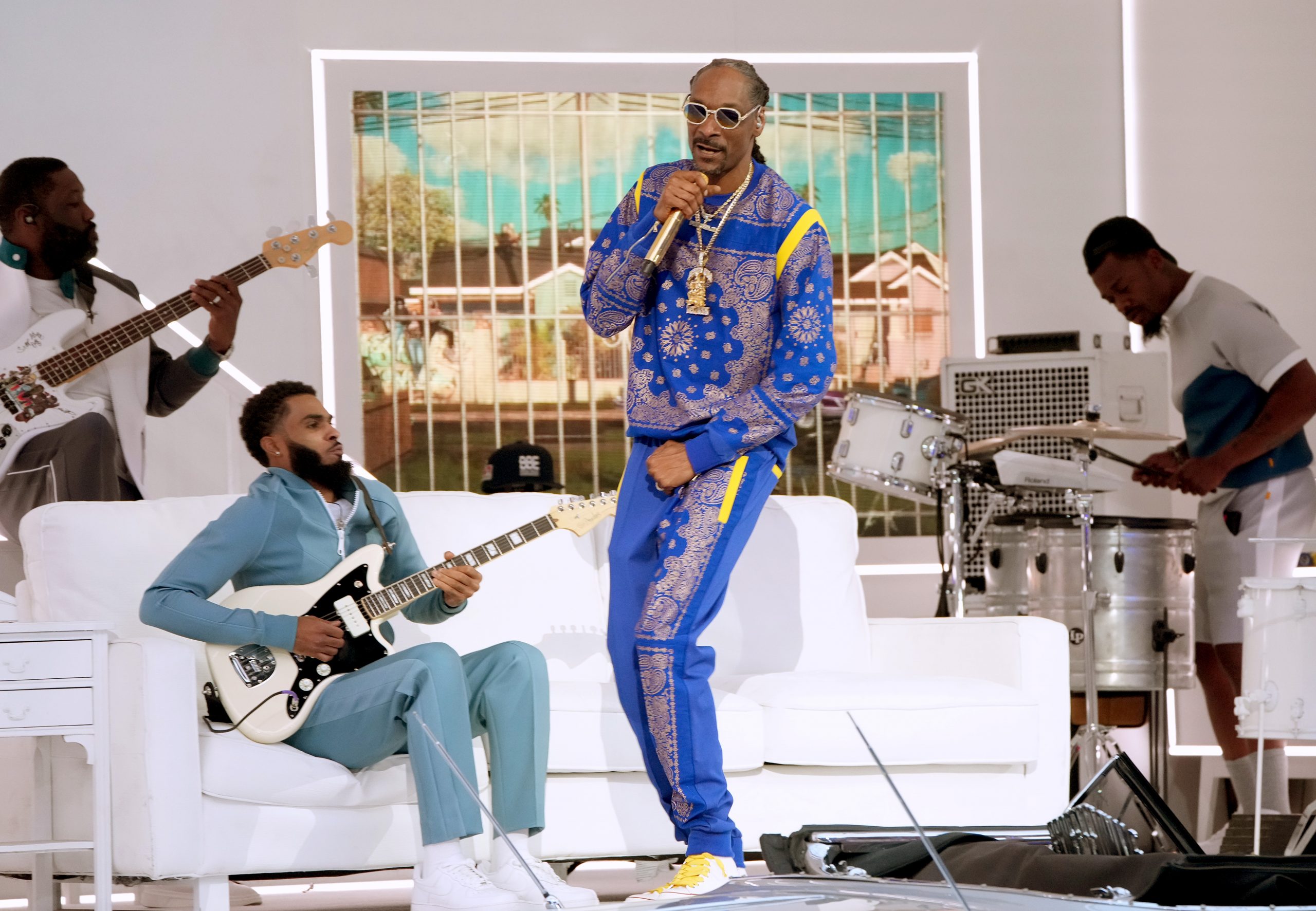 The event’s music design, in turn, is reflected in the massive additional deployment of subwoofers in sports venues everywhere, used now not only for special events but for everyday audio, including live stadium and arena sound effects and the trend of custom walk-up music as MLB players approach home plate.

That same expanded use of  music for sports, however, has also mushroomed ongoing litigation between teams, leagues and venues on one hand and music publishers on the other. It’s what led to the milestone arrangement with the National Hockey League with APM Music in 2021 and what the music house hints will be another major-league deal sometime this year.

Last year was also the second of back-to-back Olympics, thanks to Covid delays, and those continue to be proving grounds for immersive broadcast audio for sports. 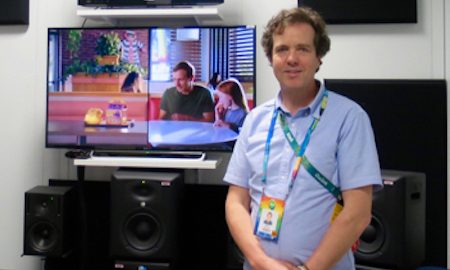 “You would think that each Olympic games should get a little easier but in fact everything was more difficult for the Beijing 2022 Winter Games, not least the fact that it came just six months after the closing of the Tokyo Summer Games,” observed Karl Malone, Director, Sound Design, NBC Sports & NBC Olympics, at the time. “But as difficult as Tokyo 2020 was, mid pandemic, it was probably the most successful games from an audio perspective.”

NBC produced the primetime network show from its Stamford studios in 1080p HDR with Dolby Atmos immersive sound on its 4K distribution service to the US. The network delivered 16 channels of audio comprising a 5.1 program mix with NBC announcers as well as 12 more audio channels of individual isolated microphones and up to eight channels of height microphones, which were mixed live into the four overhead Atmos channels.

Sound was found from more sources last year than ever before, too. A combination of MLB’s Replay Operations & Technology and Media Operations teams collaborated with outside vendors, including Riedel, to institute Onfield Announce, which umpires used to conduct live in-park announcements explaining decisions made during the Replay Review process. Meanwhile, baseball players haven’t stopped talking on ESPN’s Sunday Night Baseball. 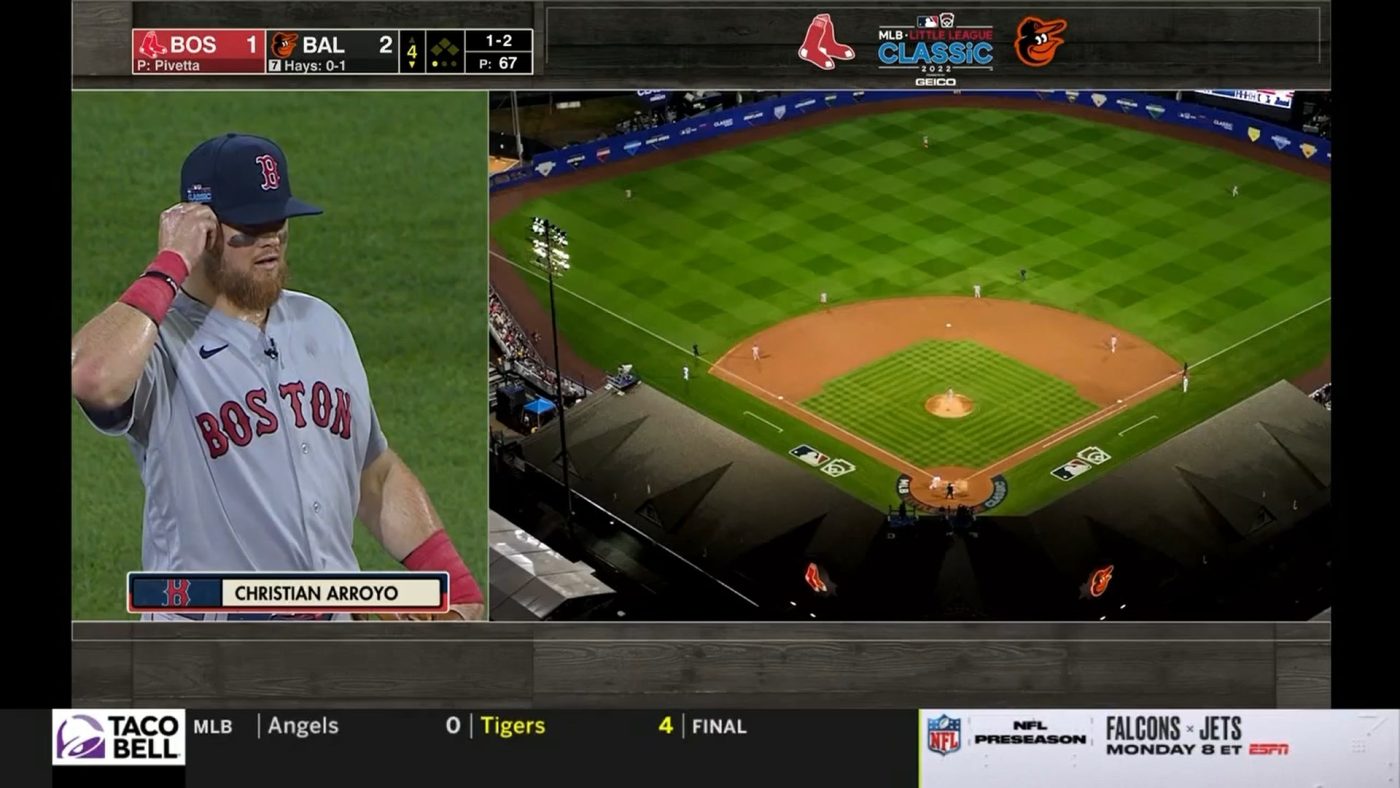 “Audiences want more engagement with players,” Kevin Cleary, ESPN’s Remote Operations Specialist, told SVG. “They want more insider info. This is the age of constant access. What used to be a once-in-a-blue-moon things is now a guaranteed manager-headset interview per game.”

The USFL showed the NFL how to do player sound: 32 player microphones per game — 16  per team — as well as more mics on coaches, offensive and defensive coordinators (captured through their intercom party lines), a separate channel to listen in on officials’ debates about on-field rulings, and yet another channel on the PLs that can switched to for interviews with coaches during the game. A game would pretty much fill up the entire 192-channel digital matrix on the Calrec Artemis console, said Joe Carpenter, sound designer and A1 for Fox Sports USFL shows.

The US Open tennis tourney on ESPN deployed as many as 52 Calrec Hydra 32 X 32 network boxes deployed throughout the USTA Billie Jean King National Tennis Center in Flushing Meadows–Corona Park, allowing for microphones to be plugged into the network pretty much wherever needed, including player boxes, where picking up the sound of coaching was sanctioned this year.

Over in college world, while NCAA players still cannot be mic’d up (although they divisions can get now paid for the use of their name, image, and likeness), Warner Bros. Discovery Sports (aka WBD Sports, formerly Turner Sports — another notable change in 2022) loaded up with multiple lavalier mics on the backboards and stanchions, and shotguns aimed to pick up the sneaker squeaks around three-pointers.

Sports moved decisively to streaming — Apple’s Apple+ platform began streaming Friday night MLB games and NFL games via Amazon Prime came to Thursday nights —  and the audio is moving with it. Apple is apparently applying its Spatial Audio format to the production’s sound, though viewers would need certain accessories to fully experience that format on the stream. It can also support various audio formats including 5.1, 7.1, and Dolby Atmos. 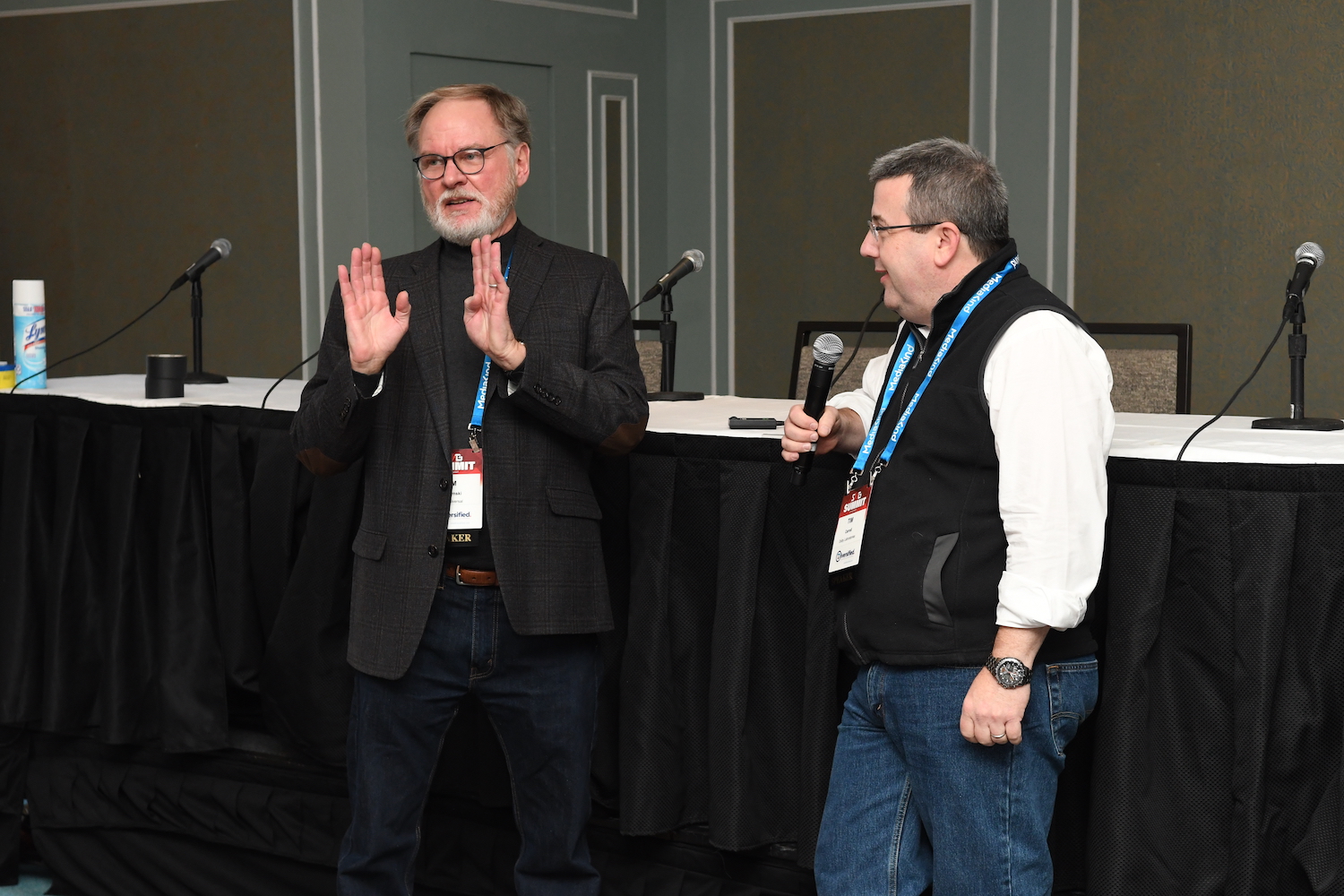 Finally, it’s not every day that a new sport finds its way onto television. Pickleball, either the next generation of racquet sports or an invasive species, depending upon whom you ask, is now showing up on the home screen instead of just the neighborhood rec center, with the Tennis Channel channeling the Professional Pickleball Association’s entire season.

The cap on 2022 was put on by Jim Starzynski, director and principal audio engineer for NBCUniversal, at the DTV Audio Group’s year-end conclave in December. Discussing all the new consumer-facing features that ATSC 3.0 and manufacturers are coming up with, he stated, “We laid down the pipes for this; now, it’s a matter of content creators getting the content into them.”