Churchill Downs Gets a New Sound

The 149th Kentucky Derby is coming up in May, and fans in the stands may not immediately notice that Churchill Downs’ audio infrastructure may now be the fastest thing at the track. 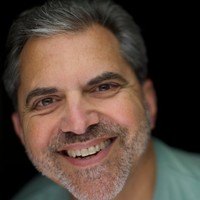 Alpha Video’s Fred Street: “This is really enhancing the fan experience at the track.”

The venue, which dates to 1875, reflects the many eras of seemingly never-ending construction. Fred Street, senior broadcast design engineer, Alpha Video, the AV-systems integrator that designed and installed new audio systems over the last year or so, points out, “You can walk through a door on the fourth floor [of the grandstand], and suddenly you’re on the third floor.” That, he adds, graphically describes the venerable venue’s aging cabling infrastructure, which had to wend its way through the evolving venue as the PA was extended periodically by a changing cast of vendors (some of which left little in the way of technical documentation).

Alpha Video set out to remedy that, starting in January 2022. Those mostly copper cables, installed over decades and leading to loudspeakers that cover the grandstands and back-of-house areas, connected to a mixture of disparate speakers and other components installed over time. Street estimates that the system represented as many as 16 speaker manufacturers — including Danley, JBL, Renkus-Heinz, and QSC — and nearly a half dozen processor brands, linked by an aging CobraNet distribution system — a kind of United Nations of technology that didn’t always work together as effectively as possible.

The strategy, Street says, has been to start the renovation at the amplification and processing end, with the speakers expected to be changed out in time for the 2024 Kentucky Derby, the institution’s 150th running of the longest-running sports event in the U.S.

The core of the renovation is QSC’s Q-SYS platform, a software-based, cloud-managed system for audio, video, and control. Alpha’s team, working with Q-SYS’s Professional Services division, replaced nearly 800 amplifier channels and a half dozen disparate processors managing 650 amplifier loads, to ultimately create a consistent control system for the entire 147-acre property, condensed into about 100 Class D 8-channel amplifiers and a redundant pair of Q-SYS processors over a networked fiber system that includes Dante signal transport.

As part of the project, the iconic sound elements of Churchill Downs received updated modern connections to the main system. For example, the Pagoda where the bugler stands is now linked via a Yamaha Rio box, and the track announcer’s booth now has a Studio Technologies Model 214 announcer console; both are connected over Dante.

Although the loudspeakers are at the end of the project timeline, the team optimized the new system for the existing speakers by accessing each manufacturer’s and each speaker model’s system profile — impedance, frequency response, and Q, a measure of its damping/resonance performance — and entering the data directly into the amplifiers powering the respective loudspeakers, thus reducing the processing load on the QSC DSP units.

In addition, the teams were able to simplify end-user controls with customized interfaces, including intuitive map-based system navigation, through which any authorized user (even without special AV expertise) can select any zone in the facility and remotely access volume and routing controls for on-the-fly adjustments. Control can also now be done remotely with a wirelessly connected iPad, allowing audio managers to hear the system directly from any part of the venue as they tune it. The teams also modernized the life-safety system, enabling any staff member to initiate a critical page that can override other audio throughout the entire facility.

“Before, the track announcer would be the one to make any life-safety or other emergency announcements,” Street explains. “That’s up on the seventh floor; it’s got a great view of the track, but it’s not the place you want to be if there’s a fire.”

The evolving PA system continues to share a split from the front-of-house mixer to the broadcast compound, where NBC’s production-truck contingent will be parked. NBC Sports began broadcasting the Kentucky Derby in 2001 and, in 2015, extended the arrangement with Churchill Downs through 2025.

Interestingly, Street notes that the PA system is used to 100% of its capacity only for that one iconic event. During other races throughout the year, the system is throttled back mainly to back-of-house areas, with the infield and grandstand speakers turned off.

“The Derby is the main event, the one that gets the attention,” he says. “That’s when the track’s sound will be heard by the largest number of people.”

Even with the original conglomeration of disparate speakers still in place, Street adds, the sonic quality of the PA has been improved enough by the upgrade in amplification, processing, and cabling that many track attendees have already noticed a difference.

“Once we got the legacy stuff out of the signal path, it made all the difference,” he says. “This is really enhancing the fan experience at the track.”

Says Keith Wetzler, senior director/executive producer, Churchill Downs Broadcasting, “Delivering extraordinary experiences is foremost in our minds as our patrons travel from around the world to experience Churchill Downs.”

He credits QSC and Alpha Video with rejuvenating the venue’s sound: “[They] translated our ambitions into a successful Kentucky Derby and helped create a standardized foundation that we are confident will continue to reliably scale as our needs evolve.”