The Atlanta Falcons cut the ribbon to officially open Ticketmaster Studios, a new multimillion-dollar digital production and media facility located in the Falcons’ Flowery Branch, GA headquarters. Announced in August of 2022, the new facility is a strategic investment the Falcons have made to deliver on growing demand for engaging content from fans, media, corporate and league partners across multiple fan touchpoints. 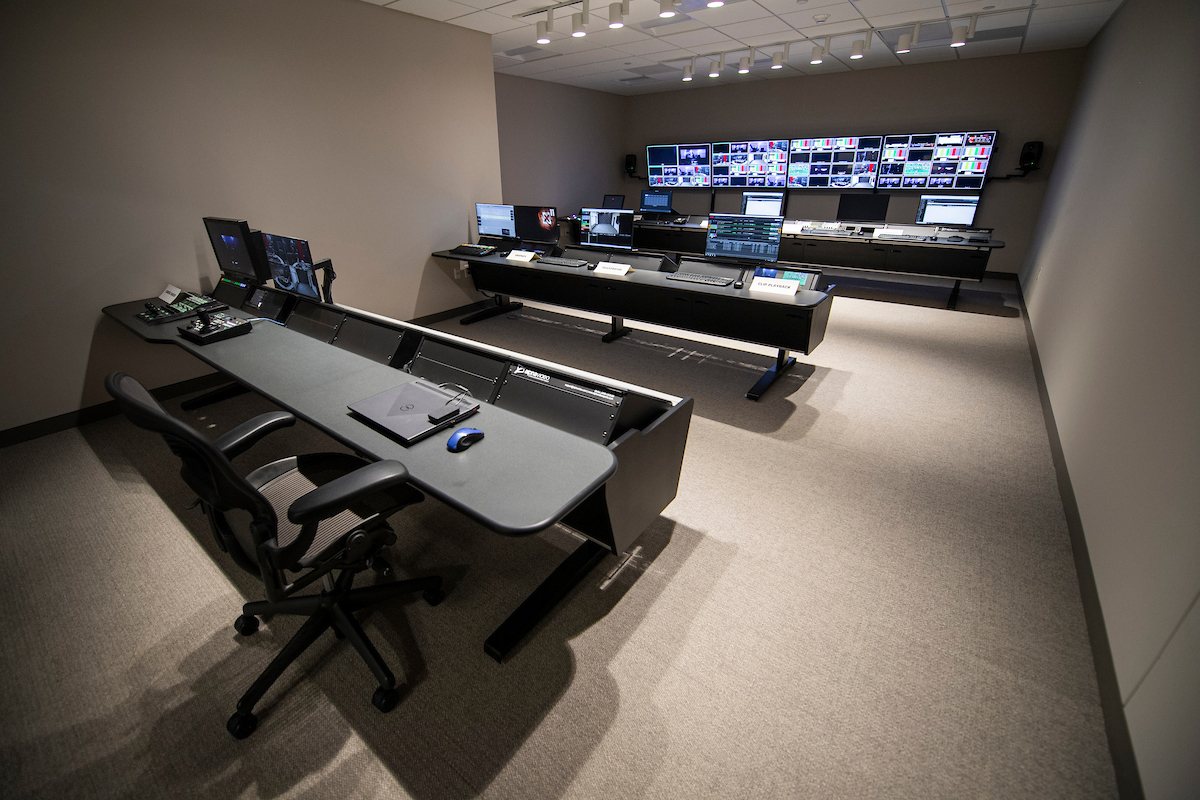 It will also allow the Falcons to capture and produce exclusive, all-access content for use across the broad technology in Mercedes-Benz Stadium to further enhance the gameday experience. Having achieved significant growth of consumption of Falcons content in recent years, fans will now see more in-the-moment analysis of breaking news, in-depth analysis during key moments such as the NFL Draft, expert review of player transactions, exclusive content with various Falcons personalities, in-depth player features and more.

Ticketmaster Studios features multiple production spaces, individual control rooms, a podcast studio, edit bays, audio booth, a fully connected press conference / interview room, and space for Falcons and NFL media partners to deliver content through their channels. The main studio will be a versatile space that will allow for traditional television studio analysis by Falcons’ insiders, cinematic storytelling for longer form digital features, touchscreens for game analysis, multiple broadcast cameras, flexibility for sit-down anchor interviews or a couch-setting for conversational interviews. The podcast studio will have space for remote multi-camera productions where podcasts and other productions in the studio spaces can happen simultaneously without interruption. A second studio space will be used for photo sessions and additional video production.

“As demand for digital content continues to increase every year, we are excited to have this incredible, state-of-the-art facility to help us meet fan demand for engaging and real-time content,” says Rich McKay, Falcons president and CEO. “This facility will allow our excellent digital teams who have driven very strong audience growth over the years to efficiently produce more and even better content for all our channels and our partners. It’s ultimately another important investment in feeding the passion of Falcons fans.” 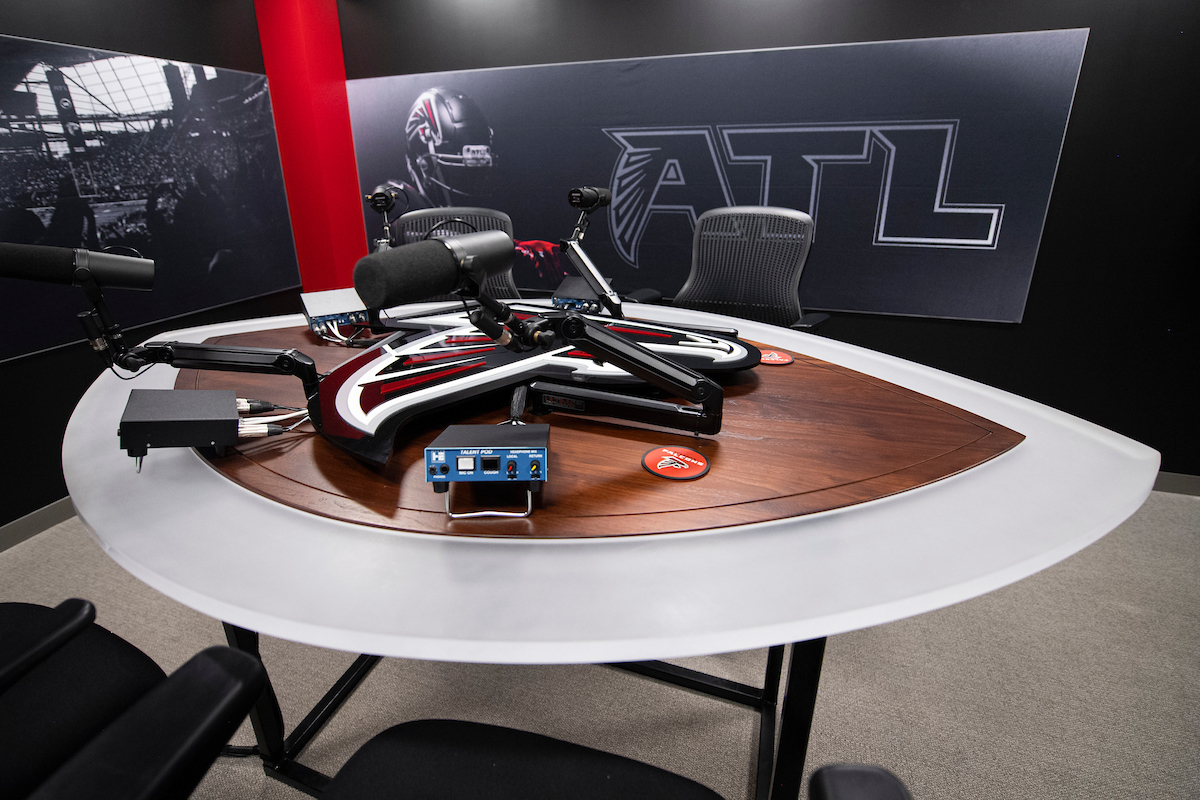 “AMB Sports and Entertainment are true innovators,” says Clay Luter, Ticketmaster Executive Vice President and Co-Head of Sports. “Ticketmaster Studios is yet another example of their commitment to delivering on the wants and needs of fans. Ticketmaster also continually seeks to evolve the fan experience, whether that’s through pioneering new product to improve ticketing or supporting innovative partners like AMBSE reach fans in new ways by creating rich content that enhances the gameday experience.” 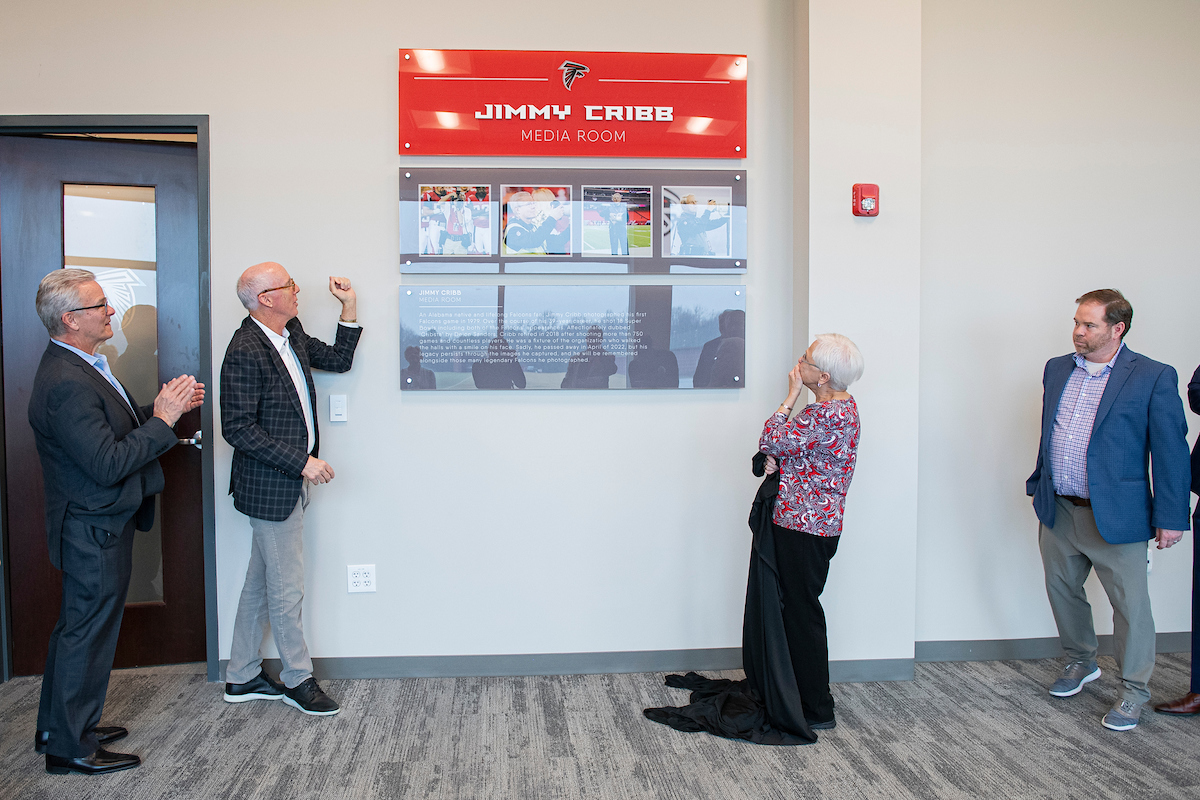 As a special feature, Ticketmaster Studios includes a large multi-purpose media room with floor to ceiling windows facing of the Falcons’ practice fields. This space will be the new home to all Falcons executive, coach and player press conferences and workspace for the beat media. This special room has been dedicated to Jimmy Cribb, who was the Falcons team photographer for 39 years and passed away in April 2022.

Throughout his career, Cribb developed into a talented photographer, a skill that helped him earn 18 trips to the Super Bowl as part of a select NFL crew.

Throughout his journey with the Falcons, Cribb shot over 750 games and photographed of more than 1,000 different Falcons players and was beloved by players, coaches, and staff. At age 74, Cribb retired after the 2018 season.