All will support IP infrastructure and Dolby Atmos, setting the stage for future implementation

NBCUniversal’s Stamford Studios is set to commission two new audio-mix/control rooms, which will join an audio studio that came online there late last year. The three rooms at the 46,000-sq.-ft. facility in Stamford, CT, will have two significant distinctions: their signal and routing infrastructure is fully 2110/IP-based, and all three are capable of handling Dolby Atmos immersive mixes, representing the next generation of audio there.

Audio Control Room (ACR) Submix 1 hosts a 128-fader (64 dual-fader channel strips) Calrec Apollo console, the facility’s first of that model; Both ACR 12 and ACR Submix 2, slated to come online by the end of this month, have 64-fader Calrec Artemis desks. In addition, two Calrec ImPulse core routing and processing engines are part of the new suite of studios, with one assigned to the Apollo console and the other shared by the two Artemis desks. 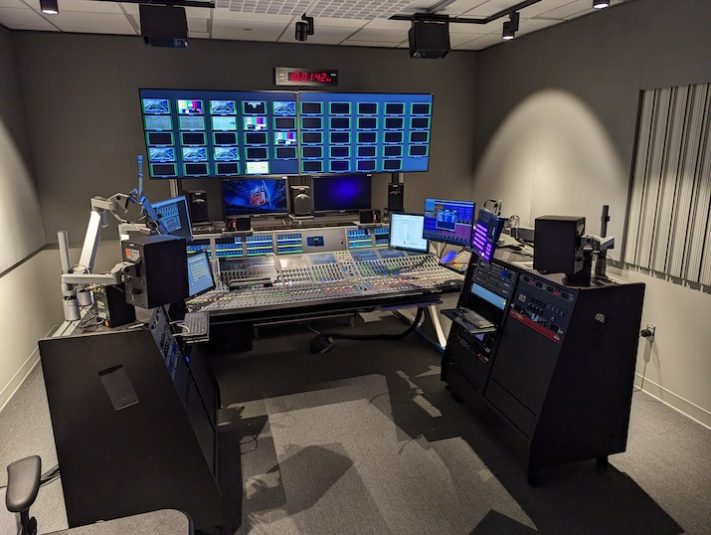 Recently opened audio studio at NBCUniversal’s Stamford facility is the first of what will be three. (Photo: Mike Moutopoulos/NBC Sports)

The current input capacity of the new rooms is more than 6,000 audio channels with a plan for all Calrec consoles to migrate to between 16,000 and 24,000 inputs.

The Dolby Atmos platform is the basis of the rooms’ immersive-audio capability. Their 5.1.4 monitoring arrays comprised JBL 705P powered speakers.

Pointing Toward the Future

“The overall goal is to make the entire facility as flexible and capable as possible,” Dryden says, adding that similar upgrades to existing studios at the facility will take place over the next year or so. 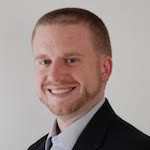 NBC Sports and Olympics’ Kevin Callahan says the new studios will be used for facility-based, REMI remote, and in-house productions.

Callahan notes that the ST 2110 migration process is one in which customers, such as NBC Sports, and vendors selling IP-centric products and systems will have to collaborate closely.

“The inherent challenge with any native-IP systems,” he explains, “is that the 2110 standard leaves certain areas kind of gray, and those areas need to be interpreted by the end users and the vendors. There isn’t an exact prescription on how to implement ISO 4 or ISO 5 at the moment. Anytime you add any device to the system, it requires rigorous testing to see how it behaves on the network. That’s the nature of IP, and it’s going to be that way for a while.”

The IP infrastructure will eventually be extended to the other seven audio rooms at the facility, which, for the past 12 years, have used a Calrec Hydra2 network for audio routing. That process will make use of a Calrec H2-IP Gateway, used as an interface between the existing rooms’ Hydra2 network and the new IP infrastructure. For instance, says Dryden, the Apollo-equipped submix room is designed to interface with one of the existing Hydra2 main mix rooms.

“We’re using quite a bit of bandwidth though those gateways to facilitate all that,” he says.

Thus, he adds, the larger narrative is that the new audio studios are indicating an IP-based future in which immersive audio will be a primary format standard while the legacy aspects of the existing facility need to be fully accommodated.

To that end, the new rooms also have to meet conventional workflow standards, says Michael DiCrescenzo, senior A1/audio design engineer, NBC Sports, who was part of the design team for the new audio rooms.

“At the end of the day, they have to handle what audio guys do day in and day out, which is bang on stuff and make noise,” he laughs. “Operationally, they had to be designed to make them familiar to any A1 for a mix or a submix. Part of my job was to adapt the new technologies to traditional workflows.”

Part of that will be accommodating what will be a considerably larger number of more diverse input sources coming into the facility as a result of the new IP interfaces.

“The increase in sources over IP is definitely one of the big benefits of IP,” he says. “That natural aspect of IP is why we went this way, but we also have to be aware and not let it complicate the workflow.”

DiCrescenzo, senior mixer for NBC Sports’ Football Night in America, which is produced at Stamford, mixed some of the primetime coverage of the 2020 Tokyo and 2022 Beijing Olympics from there. He describes the shift to IP as similar to the transition from analog to digital decades ago, with A1s needing to become conversant with new technologies; this time, A1s have had to become more fluent in IT technology.

The rooms will get a workout as the NBC Sports moves further into 5.1.4 immersive audio. According to Callahan, they’ll be used for both facility-based and REMI remote work, as well as in-house productions, for which Atmos “is part of our plans.”

Says Dryden, “What IP does is let us shrink the distance between our consoles and the edge devices that the audio comes from and, in the process, increase the overall flexibility of the entire facility. There are challenges in moving to IP, but the benefits definitely outweigh the challenges.”