As NFL teams vie to go to Super Bowl LVII on Feb. 12, a different kind of battle is taking place behind the scenes and could determine the quality of the event’s overall broadcast production.

Every year, sports production depends more heavily on wireless systems for audio and video. In terms of RF operations, however, State Farm Stadium in the Phoenix suburb of Glendale is described by experts in the field as perhaps the most challenging of all NFL stadiums. That’s due to a combination of the venue’s construction materials and design and the density of its immediate RF neighborhood.

“[Super Bowl at this venue] is a parking lot that has fewer spaces than the number of cars that want to park there,” says Cameron Stuckey, RF engineer, Professional Wireless Systems. “The city has no vacant TV channels for wireless-microphone operations, and the stadium has minimal RF shielding. That’s what our scans showed in October, and that’s what everyone else has been experiencing [during] the rest of the regular NFL season.” PWS is contracted by ATK Clair Global to manage the wireless systems for Super Bowl LVII’s entertainment elements: the iconic halftime show, headlined this year by Rihanna, and the opening and closing performances. 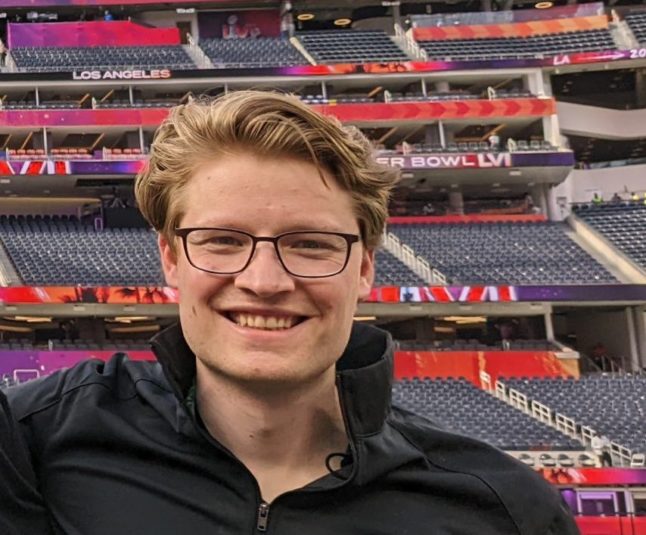 PWS’s Cameron Stuckey: “[Super Bowl at this venue] is a parking lot that has fewer spaces than the number of cars that want to park there.”

Stuckey attributes the stadium’s recent increase in RF challenges to an influx of broadcast operations in the wake of the FCC frequency repack, which was completed in 2020 and incentivized RF users to move to 600 MHz spectrum, the portion recently vacated by a spectrum auction by the agency to free up RF space for consumer mobile devices. The spectrum repack moved nearly 1,200 U.S. TV stations to new UHF and VHF frequencies.

“They rolled the dice,” says Stuckey, “and a lot of Phoenix-area broadcasters took that opportunity to continue broadcasting [in those bands].” He adds that the Super Bowl increases the amount of RF needed beyond what is usually required for a typical regular-season game: “Super Bowl is a high-stress, high-focus environment. There’s zero margin of error.”

The NFL has the ultimate frequency coordination responsibility for the event, a password-protected portal dubbed the Event Frequency Coordination (EFC) system. All other RF users and their support vendors, such as this year’s Super Bowl broadcaster Fox Sports and its RF support provider CP Communications, route their frequency-coordination and RF spectrum requests through it, a minimum of five days prior to kickoff. A combination of software and the league’s own RF specialists will allocate RF bandwidth based on local availability and a clear hierarchy of needs, starting, understandably, with game operations, followed by venue ops, team production needs, broadcaster and league productions (including NFL Films), and finally local media. Members of the EFC team patrol the event campus before and during its activities, monitoring that precious RF real estate.

Tools and Techniques For Minimizing Interference

Frequency managers have many tools and techniques to use, including multiplexing microphones, carefully positioning highly directional antennas, and coordinating the opening and closing of adjacent frequencies at certain points in the event. None of them, though, may be more useful than the Special Temporary Authority (STA), through which the FCC grants provisional access to additional radio frequencies in a specific time and place.

“It should be called the standard temporary authority, because it has to be used so often now,” says Joe Ciaudelli, director, spectrum and innovation, Sennheiser, noting that he has seen PWS’s RF scans of the stadium. “There are virtually no major professional or collegiate sports events that do not require one or more STAs, depending on location. But Phoenix is the most challenging of all of them.

“It’s the one market that does not have a single vacant UHF channel available,” he continues. “It does have some low-power channels that can be used, and the STAs can be used to scope those out. There’s also some VHF available, but there’s very little in the way of VHF-compatible equipment left that can use it, and [it’s] best-suited for less critical, off-air/off-stage communication channels, such as intercom systems. It’s going to be the diligent planning and resourcefulness of the RF engineers that will make this fly.”

(However, Ciaudelli adds, success can bring its own challenge: “No one should conclude, looking in from the outside on this Super Bowl, that there is no spectrum crunch, even though this may make it look like that.”)

State Farm Stadium presents its own problems. PWS GM Jim Van Winkle cites the stadium’s high degree of RF reflectivity and lack of shielding, which makes isolating indoor and outdoor RF signals from each other more difficult. That, he says, is a function of construction materials and architectural design. 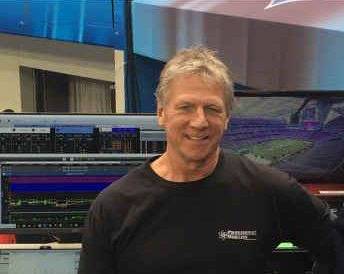 PWS’s Jim Van Winkle: “You can [use] all the tricks that professional coordinators and RF engineers have, but, at some point, you’re going to run up against FCC regulations that say you can’t operate on these frequencies in this city.”

“No one expects a Faraday cage,” he explains, “but some buildings have solid walls with big steel beams; sometimes, a lot of flat sheet metal; sometimes, even wire mesh — all of which can shield RF. We won’t have any of that in Phoenix. The design of the building is not to our benefit.”

Furthermore, adds Stuckey, wireless microphones are subordinate to DTV stations in the DTV UHF spectrum, per the FCC. And rightsholders for any event’s broadcast are generally given deferential treatment by its RF coordinators.

“Entertainment frequencies at a sporting event are second among equals,” he explains. “Sporting and entertainment, as secondary users, have to fit into the spectrum unused by [FCC] Part 73 broadcast DTV stations.

“If a DTV channel is occupied above -84 dBm,” Stuckey continues, “we are not authorized to use that channel. In places like Phoenix and Orlando, another city that has a pretty high post-repack density, there’s not a lot of spectrum between 470 and 608 [MHz] that’s legal for Part 74 secondary users. You can try to avoid the interference by using all the tricks that professional coordinators and RF engineers have, but, at some point, you’re going to run up against FCC regulations that say you can’t operate on these frequencies in this city.”

PWS will submit its frequency requests, based on the channel specifications provided by the performing artists’ wireless technicians, to Fox Sports’ and the NFL’s event-frequency coordinators, which will then allocate spectrum to it. To service the entire RF landscape, including press and other media, Van Winkle estimates, sideline users alone will need as many as 200 channels out of the nearly 1,000 that will be coordinated. But, given the inevitable last-minute changes that Super Bowl entertainment often entails, that number is a “moving target” in what he describes as less available legal wireless space than at previous Super Bowls. The RF process in Phoenix will be, he agrees, like pilots landing an airliner at a difficult airport in bad weather.

Finding Space on the Spectrum

CP Communications is providing some of the frequency-coordination services for NFL Network; Fox Sports, mainly for the broadcaster’s low-power RF devices and some of its cameras; and PWS. CP RF Coordinator Loren Sherman, who performed that task for three previous Super Bowls, confirms Stuckey’s and Van Winkle’s assessments of the RF challenges in both the venue and the neighborhood. What CP can also bring to the table, he says, is the ability to widely source equipment that will work in constrained spectrum environments. 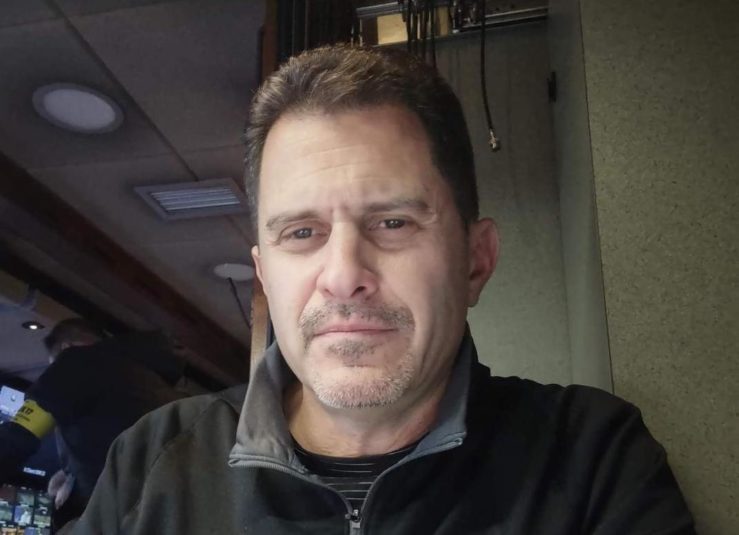 CP Communications’ Loren Sherman: “It used to be that frequency coordinators were judged on how many frequencies they could manage. My attitude has become, how many happy wireless users do you have?”

“We have the relationships and know who has the right gear to work in those bands, and do so legally,” he says. “That’s CP’s secret sauce.”

In addition to the local UHF, Sherman will be making use of the 941-960 MHz Studio-to-Transmitter Links (STL) band, which is otherwise used by fixed radio-service links to support transmission of AM and FM broadcasts.

“We’ve devised a way to divide [the STL bands] between the game-production and the halftime-entertainment wireless microphones,” he explains. “It doesn’t require an STA but does allow us to share available spectrum to make sure that everyone who needs wireless mics has some spectrum.”

While every wireless microphone in the production is important, Sherman says, certain ones are critical: talent mics; effects-gathering transducers, such as the sideline parabolic microphones; the two roving sideline handhelds; especially, any of the wireless microphones and in-ear monitors that are part of the halftime show. The wireless microphones are largely Shure Axient systems with the diversity feature engaged, which allows the receivers to automatically select the best of the two signals used for each channel.

An ad hoc indicator of wireless performance that he watches for during the event is whether any performer flicks away an in-ear unit, indicating possible RF interference (although it could also be due to an unacceptable monitor mix, underscoring the nuances of the RF world during the Super Bowl).

Sherman agrees with his colleagues that as much as 90% of the work necessary for proper functioning of the event’s wireless is taken care of before anyone gets on a plane to Phoenix.

“It used to be that frequency coordinators were judged based on how many frequencies they could manage,” he points out. “My attitude has become, how many happy wireless users do you have? That’s all about how you can balance everyone’s needs. Sometimes, you have to say no, especially in an environment like this one will be.”