Tech Focus: Immersive Audio, Part 1 — The Infrastructure Is in Place

Rapid development in consoles, mics supports its use in broadcast sports

Immersive audio didn’t take a break during the pandemic lockdowns. Comcast Xfinity subscribers enjoyed Dolby Atmos for two Olympics in row: Tokyo and Beijing. NBC Sports has taken a lengthy lead in applying immersive sound for domestic sports, such as providing Dolby Atmos audio on its Notre Dame Football home games for three years as part of a package with 4K video. More recently, ESPN’s broadcast of U.S. Open golf was done with an immersive 5.1.4 audio mix. The technology has been applied as well to UK Premier League matches and other games in Europe.

Immersive audio, it appears, has joined the broadcast-sports club.

That’s due in large part to the relatively rapid development of hardware and software infrastructure to support immersive’s implementation for broadcast sports. The developments include consoles capable of multiformat operation, fold-down systems that let broadcasters offer more-conventional audio configurations — stereo and 5.1 surround — while continuing to develop their immersive chops, and, more recently, hardware that lets networks capture more three-dimensional sound with fewer microphones.

The most recent and advanced iteration of microphone is Audio-Technica’s BP3600 immersive-audio mic, which was released this month after more than three years of development and beta testing, including on Spain’s Moto GP races. The BP3600 is designed to capture highly directional audio, which can be more precisely conveyed, via binaural technology, for consumer reproduction systems: specifically, headphones and earbuds. Eight discrete transducers in the BP3600 double the number used in most multi-capsule microphones and allow broadcasters to achieve a higher level of POV audio. 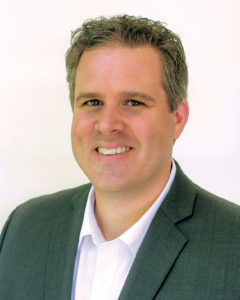 Audio-Technica’s Gary Dixon: As [sports] moves to streaming, [distributors] will want ways to make their programming stand out. Audio is a way to accomplish that.”

But acceptance of major new formats always has an economic component. The 8.0-channel transducer comes at a time when sports media is extending into the streaming realm, a migration that A-T Product Manager Gary Dixon predicts will stimulate demand for products and systems that make immersive audio easier and, particularly important, more economically efficient to achieve. A single-unit immersive-microphone solution, he contends, offers economic benefits to broadcasters as they do more REMI-type productions and deploy fewer personnel in the field. In fact, he says, the microphone is designed to be able to be set up out of the box by a single operator in approximately five minutes or less.

“It’s a way of programming demand,” he says. “Sports is king right now, and, as it moves to streaming, [distributors] will want ways to make their programming stand out. Audio is a way to accomplish that.”

The price of the BP3600 is about $5,000, which will help with uptake among a wider range of broadcast and streaming users, including the burgeoning second-tier college-athletics sector. By comparison, manufacturer Schoeps’ ORTF-3D outdoor 8-channel microphone bundle retails for $21,600. Immersive audio will benefit from the now-familiar digital dynamic: as format acceptance increases, hardware prices decline.

The use of more-exotic microphones has become part of the integration of immersive. Specifically, multi-transducer surround mics, like the DPA 5100 Mobile Surround microphone, are showing up on more broadcasts in general — such as on cameras as a way to add an LFE channel to handheld shots — and, in some cases, are replacing conventional shotgun microphones for Doppler-type shots in auto racing, where they can boost low-end clarity by eliminating proximity-effect issues.

These types of microphones have become standard for European soccer broadcasts; they can set up a soundstage for the lengthy wide shots of a soccer pitch that are common in those productions. In some cases, a surround mic will be installed in stadiums in Europe, usually in the venue rafters and pointed downward, to create a sonic surround baseline. That’s rarely the case in the U.S., where most broadcasters bring their own, mostly conventional microphone complements to remote broadcasts.

On the Work Surface

Immersive sound is part of the Next Gen Audio initiative, an element in the ATSC 3.0 portfolio, whose audio standards allow a full 7.1+4 implementation: up to seven channels of sound in a horizontal plane (although five have been most common), one channel for a subwoofer, and four channels overhead.

To meet that workflow, consoles have been working toward accommodating immersive audio for some time. For instance, Calrec’s Impulse Core, the next-generation audio-processing platform for its Apollo and Artemis control surfaces, can accommodate 5.1, 5.1.2, 5.1.4, 7.1, 7.1.2, and 7.1.4 formats in terms of input channels, buses, monitoring, and metering. Lawo’s A__UHD Core immersive system, introduced at IBC 2018, can address immersive mixing configurations up to 22.2 and offers different levels of remote-operation functionality. An immersive-audio feature set was added to Solid State Logic’s System T broadcast desk as part of a software release in 2018; subsequent updates have added real-time ambisonics A-format and B-format decoding, as well as binaural rendering, and forthcoming releases will provide monitoring up to 9.1.6. 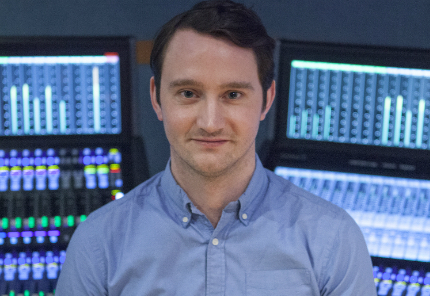 Solid State Logic’s Tom Knowles says economics will be as much a part of the uptake of immersive audio as the technology itself.

But Solid State Logic Product Manager, Broadcast, Tom Knowles agrees that economics will be as much a part of the uptake equation as the technology itself. SSL is offering pay-as-you-go licensing that enables operators using the TE1 and TE2 Tempest Engines to flexibly scale processing capabilities according to individual broadcast-production requirements. Software licenses for five processing packs, defined by the total number of mono-signal-path–equivalent channels supported, from 85 to 800, are now available as ongoing or short-term, time-based rental upgrades.

“It has essentially added DSP capability on an as-needed basis, which is perfect for broadcasters when they need to scale up for an event with immersive audio,” he explains, adding that it’s well matched to broadcast’s cautious budgeting. “An occasional event might need to support 5.1.4 with overhead speakers, but that huge extra processing capacity would just sit there when it’s not needed. With this, they rent the additional channel counts as needed.”

Pathway Pioneered by Other Media

As is often the case, other pro-audio sectors — primarily, music and film/television production and postproduction — tend to lead the pack when it comes to new sonic technologies, and that has been the case with immersive audio. Those sectors become test cases and proving grounds for wider adoption. Cinema has been the main field for immersive sound, with music now making a more assertive case for it (Apple Music announced its Dolby Atmos-powered Spatial Music format in 2021), although live productions have also been making use of the technology, as leading sound-system developers L-Acoustics and d&b audiotechnik (both of which are supplying PA systems for sports venues) bring immersive live-sound systems to market.

As broadcasters’ confidence in their use of immersive audio increases, so will its implementation, suggests Joel Guilbert, technology development manager, Dale Pro Audio.

“One thing we found interesting attending the SVG Summit [in December] was a nice sense of having started to figure out how to do immersive production” as a regular aspect of sports production, he explains. “Going back a few years, it was flying by the seat of pants to get a bit of extra kit placed and used; now it appears much more commonplace.” 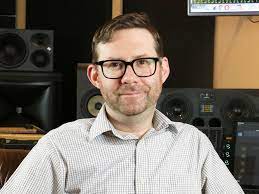 Dale Pro Audio’s Joel Guilbert sees the industry as “having started to figure out how to do immersive production” as a regular aspect of sports production.

And the tools for immersive sound are now more widely available and increasingly affordable.

“Although they are still more specialty items,” says Guilbert, “we’ve found that, as more [manufacturers] enter the immersive market and with different approaches, like the Studio Technologies 792/3 [an audio-over-IP–enabled multichannel monitoring system] and the Focusrite R1 [an 8-channel Dante, Pro Tools, and Thunderbolt system-monitoring interface], this area is starting to be a more competitive landscape. The addition of those devices, all having eight-plus-channel monitor-control capabilities, increases the amount of professional tools available by a third.”

As a key theme at the DTV Audio Group’s meeting at the SVG Summit in December made clear, the focus of immersive audio is shifting from the lab to the studio to the consumer and anyone creating content for an immersive environment. Smart TVs are beginning to incorporate more immersive-sound capabilities, and immersive soundbars are becoming even more readily available in the home, suggesting that immersive sound will be part of broadcast-sports audio’s next frontier.

“After another successful Olympic Games, more sports than ever were ‘immersed’ in audio across the board,” says Dale Pro Audio’s Guilbert. “A push toward immersive-audio deliverables and content in the streaming-music world is helping create more demand and visibility. In turn, that’s getting artists and studios excited about future use of immersive technologies.”

However, as more than a decade’s worth of broadcast 5.1 surround has shown, cutting-edge audio formats tend to have relatively minimal immediate impact on most consumers, even as they compel systems manufacturers to accommodate ever more channels, and broadcasters to provide more bandwidth to push them through. Even 2.1 audio — stereo with a separate subwoofer channel — is still a relative luxury for most home viewers. Therefore, broadcast audio’s immersive future for televised sports will likely remain a chicken-and-egg paradox for some time to come.