The CW Network is set to become LIV Golf’s exclusive broadcast partner with a multi-year agreement beginning with the 2023 LIV Golf League season. As LIV’s exclusive broadcast home in the U.S., The CW will air 14 global LIV Golf League live events in 2023 and will stream the events live on The CW App. Though financial terms of the agreement were not disclosed, ESPN reports the deal is a revenue-sharing arrangement and that LIV Golf won’t receive rights fees. 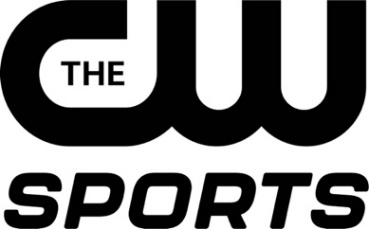 LIV will continue to produce the coverage with its in-house team and will maintain its format and style from the 2022 Invitational season. LIV’s coverage includes a shotgun start, distinctive live leaderboard, enhanced drone coverage, statistics-driven graphics, and fast-paced coverage featuring nearly twice as many golf shots per hour than traditional golf coverage.

The agreement will bring live sports for the first time to The CW, which was acquired by Nexstar Media – the largest TV station owner in the U.S. – last year. The network is largely known for youth-oriented TV Series like Gossip Girl or Arrow, but live golf is expected to bring in a new, older-skewing audience. Weekend tournaments will air live on Saturdays and Sundays on The CW and The CW App and on Fridays on The CW App.

“Our new partnership between The CW and LIV Golf will deliver a whole new audience and add to the growing worldwide excitement for the league. With CW’s broadcasts and streams, more fans across the country and around the globe can partake in the LIV Golf energy and view its innovative competition that has reimagined the sport for players, fans and the game of golf,” says Dennis Miller, President, The CW Network. “For The CW, our partnership with LIV Golf marks a significant milestone in our goal to re-engineer the network with quality, diversified programming for our viewers, advertisers and CW affiliates. This also marks the first time in The CW’s 17-year history that the network is the exclusive broadcast home for live mainstream sports.”

The LIV on-air announce team will see its on-air talent squad from its first season return, with Arlo White leading play-by-play alongside analysts David Feherty and Jerry Foltz in the booth, and Dom Boulet, Su-Ann Heng, and Troy Mullins providing coverage on the course and in feature segments.

“This is a momentous day for LIV Golf as this partnership is about more than just media rights. The CW’s nationwide reach as America’s fifth broadcast network, will provide accessibility for our fans and maximum exposure for our athletes and partners,” says Greg Norman, CEO & Commissioner of LIV Golf. “The CW recognizes the enormous interest in and potential of our league and with their support, more fans will experience the energy and innovative competition that LIV Golf is using to reinvigorate the sport. The CW is a world-class media partner, and we are honored to be joining forces to further bring LIV Golf to life as they stake their claim in professional sports.”

The 2023 LIV Golf League is set to begin on February 24-26 at the Mayakoba Resort’s El Camaleón course in Mexico. Announced locations to-date also include The Gallery Golf Club in Tucson, Arizona, The Grange Golf Club in Adelaide, Australia, Sentosa Golf Club in Singapore, Cedar Ridge Country Club in Tulsa, Oklahoma, Real Club Valderrama in Spain and The Old White Course at The Greenbrier in White Sulphur Springs, West Virginia. The 2023 LIV Golf League format will once again feature simultaneous team and individual play, with 12 teams competing in a global 14-event schedule for $405 million in prize purses.

“Our new multi-year partnership with The CW will unlock our ability to serve both core golf fans and to reach the casual sports and entertainment viewer as part of our mission to grow the sport,” says Will Staeger, Chief Media Officer of LIV Golf. “Our innovative product attracts a younger viewership demographic to the table than the traditional golf fan, and we’re thrilled to be part of The CW’s growth into its new era of sports programming featuring the biggest stars in golf and our industry-leading storytelling and format.”