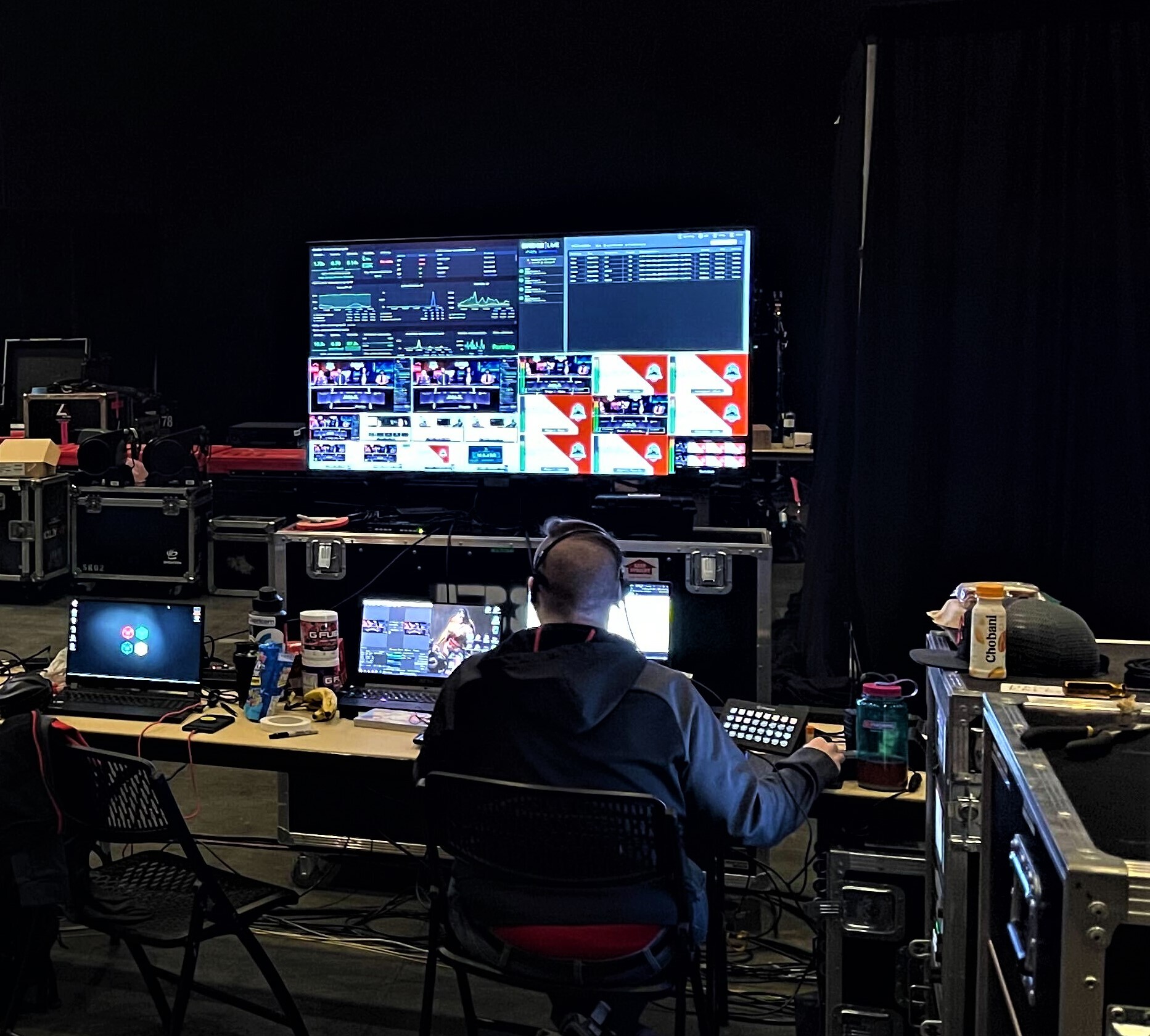 “At its core, esports is a community-building vehicle, and game developers partner with creatives and production companies like us to build unique, inclusive experiences,” explains BlackStar Group Director of Business Development Adam Flynn. “Esports did a major pivot to online events during the pandemic. Like many live event production companies, we ended up leaning on encoding a lot more, and it’s been a major part of what we’ve been doing since, with BRIDGE LIVE an essential tool.”

A typical show for the BlackStar team entails connecting with the on-site production crew or OB truck staff. Working with production engineers, the team arranges all final video feeds to be transmitted to its rack, which includes four BRIDGE LIVE units. The transmissions are then separated, monitored, and tested on the BlackStar distribution platform. From there, the team can send low-latency feeds to remote producers, or private, high quality feeds to nearly any online platform (i.e., Twitch, YouTube, Facebook, etc.), or package them for broadcast on major channels, including ESPN, ABC, and FOX. On occasion, they may also send select clean feeds to international broadcasters.

BlackStar initially used cloud-based solutions when they began producing remote shows in 2020, before employing in-house encoders for remote encoding. After running into issues, they opted to upgrade to BRIDGE LIVE, which made syncing up remote game casters much easier and reduced latency by three seconds.

“Delayed commentary takes you out of the experience and no one wants that. The low latency and multi-point sync provided by BRIDGE LIVE are fantastic and its overall reliability is priceless,” says BlackStar Group Encoding Engineer Pat Marcoux. “The biggest change we’ve seen is the ability to manage multichannel audio, which was previously a major pain point. BRIDGE LIVE eliminates this challenge and has helped us step up our ability to archive the available data. We can send our main broadcast to an ingest server and separate the feeds, such as the main program, clean, casters only, and analysts only. All audio is available to us, and we can ingest it very quickly.” 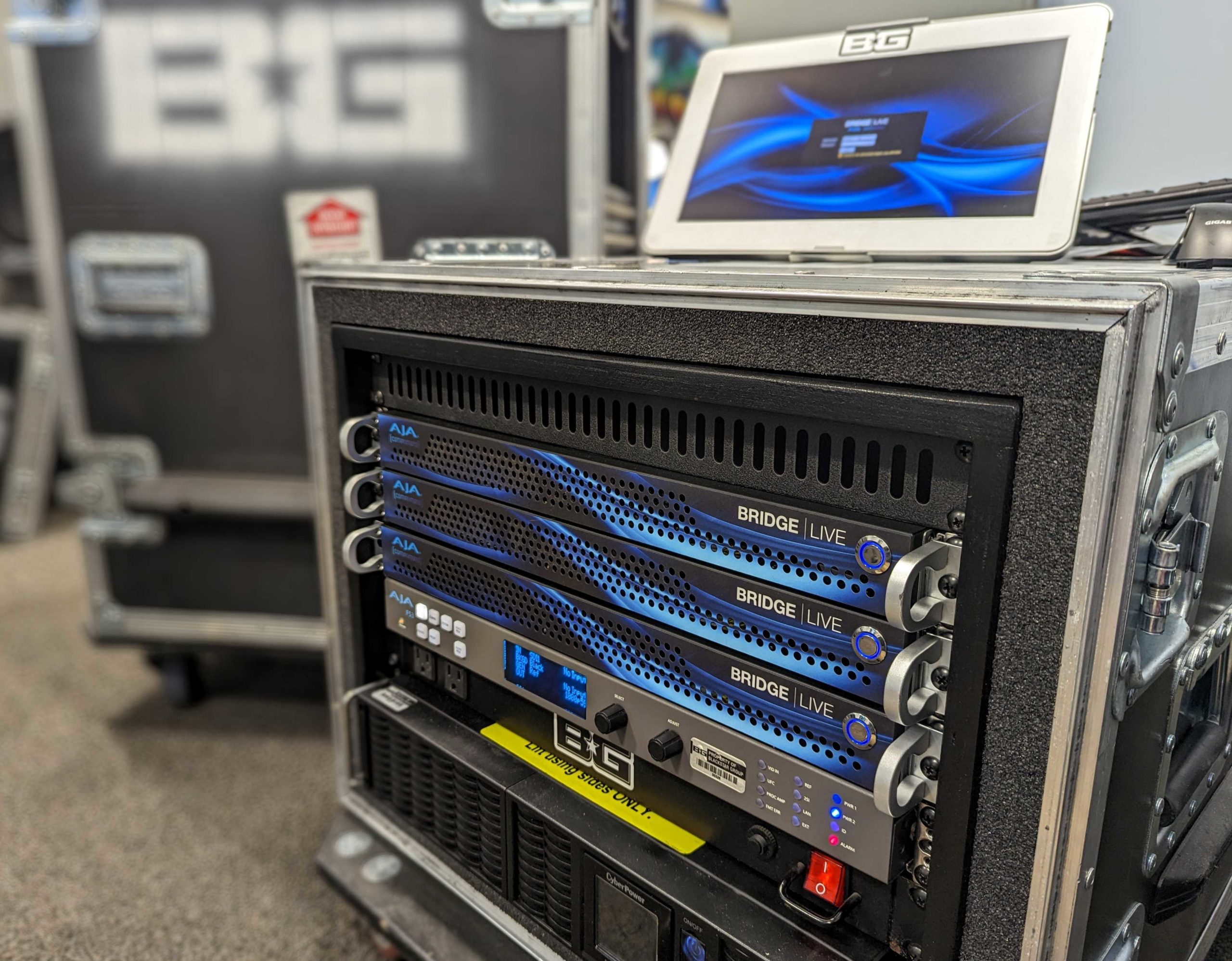 Currently, BlackStar has six BRIDGE LIVE devices, with two used in-studio and four in travel racks. The team assembles gear for each show depending on its unique needs, although BRIDGE LIVE remains a constant, with reliability and uptime crucial for esports broadcasts ranging from 8-12 hours.

“I won’t send anything out that can’t handle long-term streams, and BRIDGE LIVE beats anything else I’ve tried,” notes Marcoux. “Because we can use BRIDGE LIVE to send feeds to multiple endpoints, we can send them to our failover distribution platforms and specify which feed it’s going to in terms of the data center it’s hitting. We’re proud that we haven’t had any stream outages that weren’t platform-based in the past year. The BRIDGE LIVE lets us execute a range of pipelines and multiple syncs and go to multiple locations over different ISPs. This flexibility is extraordinary because we can send it to multiple locations without incurring extra overhead.”

With demand for sophisticated esports broadcasts remaining strong, the BlackStar team anticipates further industry maturation, which will, in turn, raise the experience bar. Marcoux concludes, “Along with an increased focus on merch content, we expect to see more organizations request access to clean feeds so they can do community broadcasts and co-streams. BRIDGE LIVE makes that a lot easier because these esports competitors don’t live in the same area. Being able to get them quick low-latency feeds so they can have their own broadcast is going to be huge.”