Dating back to the venue organist, the DJ is at the intersection of sports and entertainment

The sports DJ is the audible — and loudly so — but mostly invisible cheerleader, the ultimate partisan but supposedly there for team fan and foe alike. The role has a history: it grew out of the venerable and still very viable venue organist, wielder of the Mighty Wurlitzers in stadiums and arenas for the past 80-plus years, since the first one was installed in Wrigley Field in 1941.

The sports DJ came along in the 1970s and ’80s, an outgrowth of disco (which was not always welcome in ballparks) but also reflective of the growing presence and influence of Black athletes and culture in major-league sports. They have become a fixture at most sports venues, striving to fill the bowl with stings and chants while keeping the music as far as possible from broadcast’s crowd microphones, lest it precipitate a copyright infringement.

Just weeks before perhaps the ultimate intersection of entertainment and sports, the Super Bowl Halftime Show, SVG sat down with Jeff Ball, president, 7 Point Audio, a developer of digital tools for the sports DJ, to discuss what that role has become and where it’s headed. 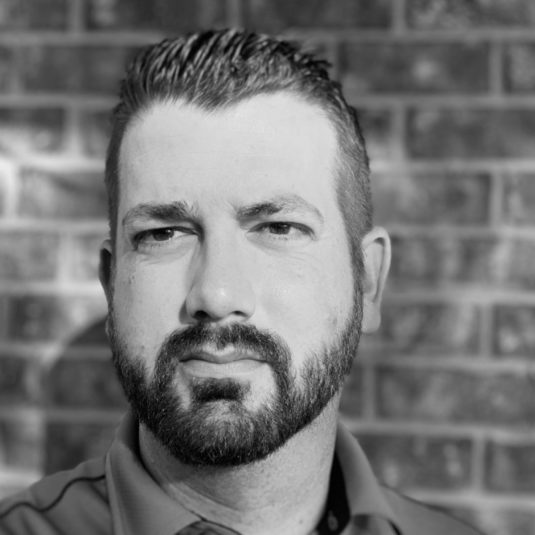 7 Point Audio’s Jeff Ball: “We’re going to continue to see that position evolve. It’s not going to be just audio.”

DJs in sports have more of a history than many might realize.

In the early days, they’d have folding tables with color-coded cassettes [of] recorded sounds and effects for use during the game. As the moment came up, they’d reach for the right-color cassette for the sound it needed, like a broken-glass sound for a foul ball coming down. Then they would rewind it real quick and eject it, put it back on the desk, and watch for the next sound moment. The reaction time they needed for that, using cassettes, is mind-boggling. But that’s how it developed: watching the game and creating interaction with it for the fans.

Is the role of the sports DJ to be a cheerleader?
I see the role of DJ as being to use music to create that emotional and visceral response that we have to music, to get us further engaged. If we see that our team is doing well, we typically want to cheer, but that’s multiplied when we put music and sound to it. When we give the game a soundtrack, that gets more people engaged, more people out of [their] seats. And the more the fans are engaged, the more the players react to that energy on the field.

Are DJs and live music beginning to share this space more?
I think I’d have to agree with that. DJs have been around for many years, but they sit in the booth, out of sight of the spectators. What we have seen in the last 10 years is more teams putting more DJs into a place where they can be seen, so that the DJs themselves become the live music. They become interactive, because now not only do fans hear the music but they see the DJ creating it. They see the DJ dancing and vibing with that music that they’re generating. And the fans react to that. 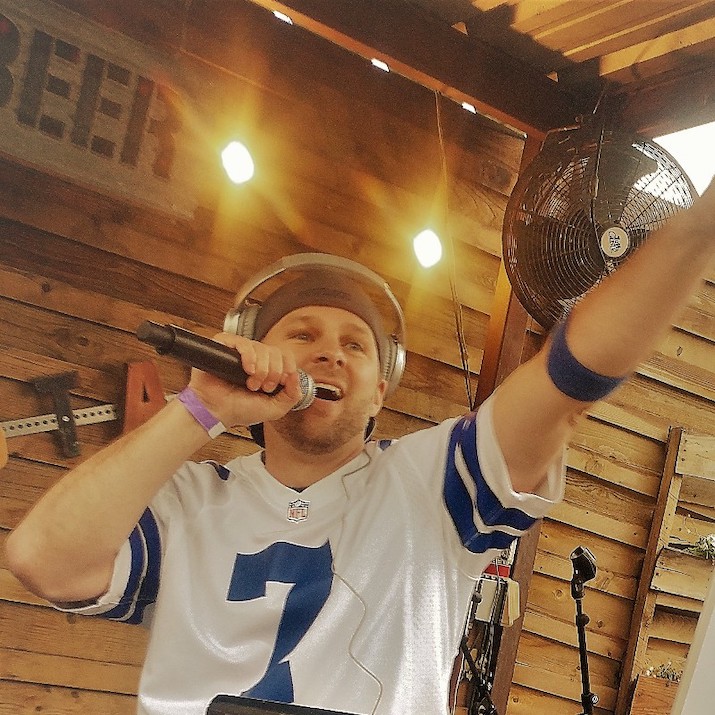 DJ EJ, aka Erik Jorgenson, is the team DJ for the Dallas Cowboys.

Also, there are often multiple DJs: one to focus on music like a traditional DJ and one to work and follow the game and maybe do more things like mash-ups to follow the action on the field.

Are some DJ positions becoming more identified with specific teams?
Yes, including my business partner, Erik Jorgenson, aka DJ EJ, who is the team DJ for the Dallas Cowboys. We’re also seeing pregame DJs out in the plaza, trying to get people pumped and engaged before they even get inside. You’re going from one DJ’s sound to another. Another DJ position is the walk-up music DJ for baseball. That’s now happening throughout baseball, even in Little League.

Another one that’s becoming more popular is a DJ in hockey, who plays a unique piece of music when goals are scored. That’s a challenging one because hockey is a lot faster than any other sport. In some cases, some NHL teams, including the Washington Capitals, are pairing the DJ with a spotter, to confirm the goal and who made it, to get a quicker reaction time.

What does the future hold for the sports DJ?
We’re going to continue to see that position evolve. We want to see more of what we can do and what tools we can provide to allow them to be creative. It’s not going to be just audio; we’re developing tools to tie into the [venue] DMX lighting and video infrastructure. That will give them some control over those [production] elements.

We’re planning on integrating Ross [Video’s] RossTalk protocol [which allows control of the switcher from an external device]. That will have implications for baseball, which tends to do fireworks shows after the game using DMX, too. There’s a lot more to the DJ than just music when it comes to sports.