The Association of Pickleball Professionals (APP) has agreed to deals with CBS Sports and ESPN to deliver hundreds of hours of APP Tour pickleball programming throughout 2023, including 12 hours of live matches and highlight-driven programs on CBS Sports Network, eight hours of event recap telecasts on ESPN2 and more than 200 hours of live streaming coverage on ESPN+ and APP TV. 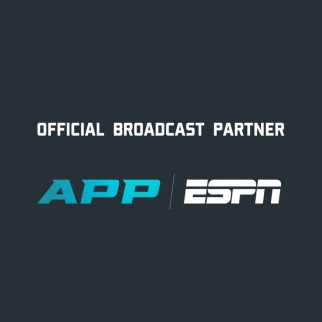 “We are delighted to welcome CBS Sports and ESPN to the APP and are excited to be working with two of the most significant names in sports media to bring the sport of pickleball to fans across the country,” comments Tom Webb, APP Chief Marketing Officer. “Over 36.5 million Americans played pickleball in 2022 and this media package enables those fans to tune in to our world-class tournaments, and introduces the sport and its best players to millions more. The APP exists to expand the sport of pickleball domestically and internationally and this media exposure is an important step in that mission.”

The APP’s fourth season, the 2023 APP Tour, kicked off in Punta Gorda, Florida, with a sold-out event and over 720 professional and amateur pickleball players from across the USA and around the world. The 2023 APP Tour continues with the APP Daytona Beach Open, taking place at Pictona at Holly Hill in Florida from February 8 – 12. Full details of the 2023 schedule are available at APPTour.org.

“As pickleball continues to grow in popularity across the country rapidly, we are looking forward to serving fans with coverage of the APP Tour across our ESPN platforms,” says Tim Bunnell, Senior Vice President, Programming, ESPN. “We are excited to be part of this sport’s upward trajectory.”

All eight tournaments will stream on ESPN+, highlighted by:

ESPN+ coverage of the 2023 APP season will kick off with the Daytona Beach Open in February and a recap will air on Sunday, Feb. 12, at 8 p.m. on ESPN2. Full details of the 2023 schedule are available at APPTour.org. Intersport will produce coverage of the APP Tour in association with ESPN.