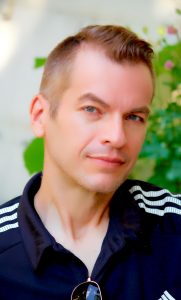 Troy Dreier gained most of his knowledge of the streaming video world from his day job as the Senior Associate Editor for StreamingMedia.com, the leading news site for the online video industry. He’s interviewed many of the major players in the new online video economy, and moderated panels at his company’s Streaming Media East and West conferences. He’s also the Editor or OnlineVideo.net, a site that helps online video marketers stay on top of trends and do their work more effectively. Prior to working with StreamingMedia.com, he was a full-time freelance technology writer and a staff editor for PC Magazine. Troy lives in Jersey City, NJ.

Telos Alliance is being recognized for its involvement in the 2021 Tokyo Olympic Games as NBCUniversal receives the IBC2021 Special Award. This award was presented for NBCUniversal’s “technical work around bringing the Tokyo Olympic Games to its audience and offering them the chance to enjoy live action in Ultra HD: 4k resolution, high dynamic range […]  More

One of the biggest events in the squash world is coming in mid December. The 2019 World Squash Federation Men’s World Team Squash Championship will take place Dec. 15-21 in Washington, DC, and viewers across the world will be able to stream all the action for free.  More

J.League Feeds Fans Around the World With AI-Created Clips From WSC Sports

The J.League, Japan’s professional soccer league, increased the number of video clips pushed to social media this year to satisfy its growing international fanbase. It did this not by hiring new editors but by working with WSC Sports, an Israeli company that uses artificial intelligence to turn a game’s best moments into sharable videos.  More

NASCAR has already created immersive tech that lets fans feel like they’re behind the wheel of a championship racer, so how can it top that? Its latest offering lets fans perform burnouts that leave serious rubber on the road, and it uses augmented reality so they can do these stunts on their own streets.  More

ESL Gaming travels the world to bring fans the biggest esports competitions, and it does so with a minimal approach that would make traditional pro sports leagues shake in fear.  More

The Future for Media Companies Must Be Flexible, Says NAGRA Report

Does the future of sports viewing belong to traditional broadcast services or to over-the-top streamers? According to a report created by NAGRA and research and strategy consultancy MTM, The Global Market for Premium Sports OTT Services, it’s not that simple. To keep sports loyalists happy while appealing to new fans, pay-TV companies need to be […]  More

NBC and MSG Use Strategy and Storytelling To Keep Viewers Engaged

For old-media TV producers, it’s all about dayparts. For new-media streamers, platforms are just as critical. A while back, NBC conducted a thorough marketing study to learn about the audience segments that stream its content and discovered that viewers tune in at different times of day, and when they watch determines how they watch. This […]  More

Every social-media platform is a tool that sports teams and rights owners can use to engage with fans. The trick is understanding each platform’s strengths and speaking to its users in a tailored way. Speaking at the recent Hashtag Sports conference in New York City, Melissa Rosenthal Brenner, EVP, digital media, NBA, explained how online […]  More

ESPN’s online strategy is “more is more.” Reaching more people on more social platforms grows the base overall. Appealing to new viewers creates lifelong fans. Every platform needs its own tailored approach, but a success on one helps build the overall ESPN brand. A panel of ESPN insiders put a spotlight on that philosophy at […]  More

The team at CBS Sports HQ must have been in a generous mood Thursday night, because the free streaming network delivered all the excitement from the NBA Draft live with a multi-location setup and expert analysis.  More