Telestream announced that Atlantis Television, France’s largest production company, recently invested in its Vantage media processing and workflow automation platform. Based just outside Paris, Atlantis Television produces a wide variety of shows and supplies programmes to all the leading television channels in France, to BBC and ITV in the UK and to Endemol in Netherlands. On this project Telestream worked closely with its local partner Videlio Cap Cine. 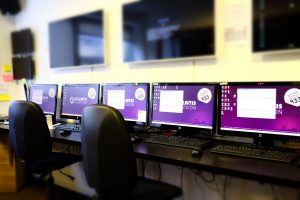 At its Boulogne production headquarters, Atlantis Television has over 450 Avid edit suites, each linked to an Avid Isis shared storage system which provides more than 1500TB of data storage. To support this infrastructure, an efficient and fast turnaround transcoding workflow solution was required. The primary requirement is for Atlantis to encode finished programs into the AS-10 format – the delivery format required by all French broadcasters. Also, a solution was required that integrated well with their Avid editing systems, whilst automating the whole process of delivering finished programs to their clients.

Within its Telestream media processing system, Atlantis Television has invested in Vantage Transcode Pro for transcoding finished programs into the AS10 delivery format. Also, it has integrated the Vantage Camera Ingest and Vantage Analysis pro options. ’We saw a huge benefit to adding the Vantage Camera Ingest option to automate and speed up the process of ingesting the growing volume of content that we shoot on card-based cameras,” explains Boris Berson, Deputy CTO at Atlantis Television. “We also needed a way to run QC checks on our files before delivering them to clients, and also to examine incoming material to automatically determine the best way to prepare it for ingest.’’

When asked as to why Atlantis Television chose Telestream and Vantage over other vendors, Boris Berson explains, ‘’We researched a number of competing products and loved Vantage’s tight integration with Avid edit systems, its built-in workflow management, the compliance with AS-10 formats and the real operational efficiencies we could gain from using the Camera Ingest and Analysis options.’’

‘’The fact that all of our leading broadcast customers in France and the UK also use Vantage as their main broadcast transcoding and workflow platform just gave us added confidence that this was the right decision,’’ Berson concludes.