Adobe will participate in several speaking engagements at NAB 2016, including a panel with the editing team from the 20th Century Fox blockbuster Deadpool. The company will also take place in an industry leaders panel and a discussion on closed captioning. 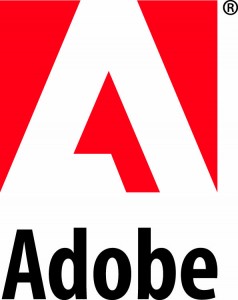 
The recently released 20th Century Fox blockbuster film Deadpool crushed numerous opening box office records, with its staggering $132.7 million Friday-to-Sunday debut. Based on the Marvel comic character by the same name and starring Ryan Reynolds, Deadpool is described as a game changer for this genre and pushes all kinds of technology boundaries.

In this session, hear a fascinating case study about the approaches 20th Century Fox and Deadpool director, Tim Miller, took to create this edgy film about an unconventional, anti-hero with a dark, twisted sense of humor. Find out how the film’s editorial and VFX postproduction teams were set up and trained at Tim Miller’s Blur Studio in Culver City while the film was shot on location in Vancouver. Remote cutting rooms created efficiencies for the editors and saved significant overhead for the production. Learn how Tim Miller’s design experience in the gaming industry, including the cinematic work on epic video games, such as “Call of Duty”, set him up to create a stunning, action-packed film.

Leadership for Key Players in the Industry
Tuesday, April 19
9:40 – 10:30 a.m.
S219
Panelists from each phase of the content chain will provide an overview of current cloud technologies and use in the M&E Industry.

Closed Captioning for the Video Editor
Monday, April 18
3:00 – 3:30 p.m.
S227
For a variety of reasons, video editors need to deal with closed captions for more and more projects. Improved accessibility technology and increased regulation has resulted in many broadcasters to reexamine how they deal with closed captions in their workflows. For many editors, re-cutting a program that had been previously captioned has often meant that the entire program needed to be re-captioned, costing both time and money. This session will talk about what a video editor needs to know about closed captioning and will detail some of the closed captioning tools that are available to video editors using an NLE.