SMT continues its longstanding partnerships with Brainstorm Multimedia and SkyCam at NAB 2017, where it is delivering its CameraTracker technology to Brainstorm’s award-winning Infinity Set, which is being demonstrated this week at The Switch’s booth (SU4324). The Switch is a global provider of advanced video switching and local fiber circuit services, satellite services, scalable Ethernet, and remote production. 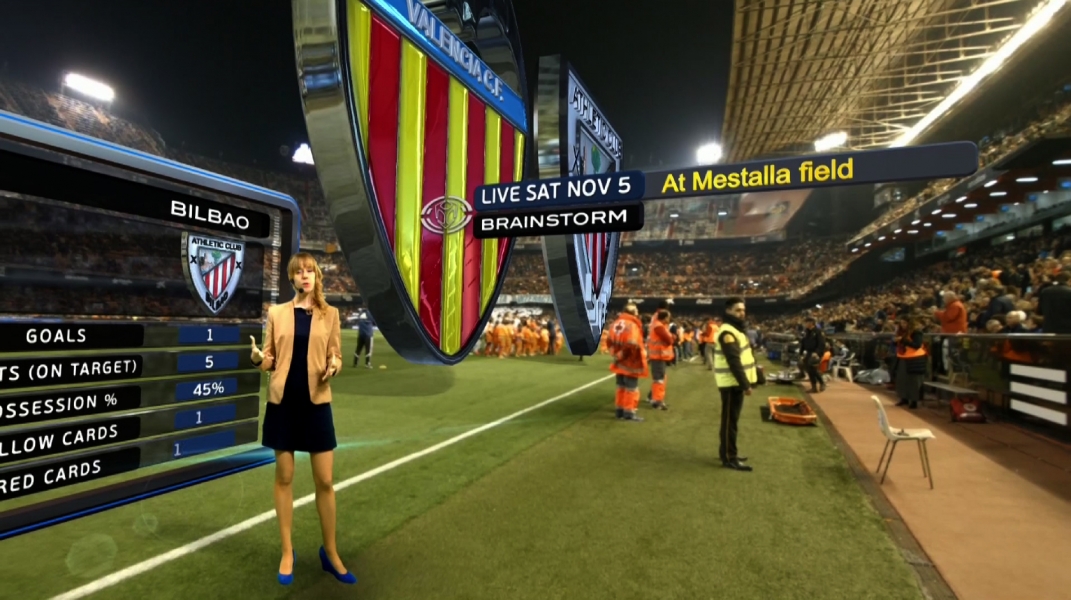 SMT, Brainstorm Multimedia, and SkyCam are demonstrating CameraTracker integration with Brainstorm’s Infinity Set at the show.

SMT has combined the power of its data-integration software, CameraTracker, with the power of Brainstorm, a real-time 3D engine, to create a system that allows virtual- and augmented-reality graphic elements designed by SMT’s (n+1) design studio and on-air talent to appear as if they are seamlessly integrated into the real world.

SMT’s system replaces the need to use instrumented cameras to create virtual graphics and allows operators to work remotely while providing an optical data-tracking system on SkyCam’s WildCat aerial broadcast camera in order to insert live 3D virtual graphics into Brainstorm’s virtual-set solution. SMT’s system provides an end-to-end solution for designing AR elements, implementing them in the Brainstorm render engine and integrating the graphics with real-time scoring and statistical data. All scores, player names and headshots, historical data, and stats collected during a game will update in real time, freeing the operator from having to create or update templates by hand.

NAB attendees are invited to watch a presentation that demonstrates how talent can be virtually inserted live from a remote, green-screen environment into a separate location using SMT’s CameraTracker, Brainstorm’s virtual set, and SkyCam’s WildCat aerial camera platform. The demonstration features two video feeds of actors in front of green screen from The Switch studios in Los Angeles and London. These feeds are used with Brainstorm’s Teletransportation feature to virtually insert the actors into a stadium in Denver. In essence, although the talent is in London and Los Angeles, the SkyCam is located in Denver, and the graphics operator is in New York.

Since 2006, SMT has remained one of Brainstorm’s most trusted partners, executing projects that range from broadcast graphics for the BBC at Wimbledon, the WTA, the USTA, Roland Garros, the Australian Open, Red Bull, and the UFC to outdoor video displays at The Players, the US Open, the Ryder Cup, the Dew Tour, BNP Paribas Open, Wimbledon, and the New York City Marathon.

SMT and SkyCam have partnered on groundbreaking broadcast innovations for the NFL, including this year’s Super Bowl, the first to place the virtual 1st & 10 line using SkyCam. SMT first provided its 1st & 10 line via SkyCam’s WildCat aerial camera platform for Sunday Night Football in September 2015.