Brainstorm Suite 5 is fully compatible with Unreal Engine 4.27 and will be with UE 5

Brainstorm, manufacturer of real-time 3D graphics and virtual studio solutions, announces the release of Brainstorm Suite 5, a major upgrade to its flagship products InfinitySet, Aston, and eStudio that includes new, unique, and enhanced features designed to improve XR content creation and workflows, while adding a tighter integration with Unreal Engine. According to Brainstorm, these enhancements will streamline the ability of its clients to improve their virtual content creation regardless if they are using LED walls or chroma sets to produce their virtual content. Brainstorm Suite 5 is now available and will also be demonstrated at NAB 2022 at the Brainstorm booth N2608. 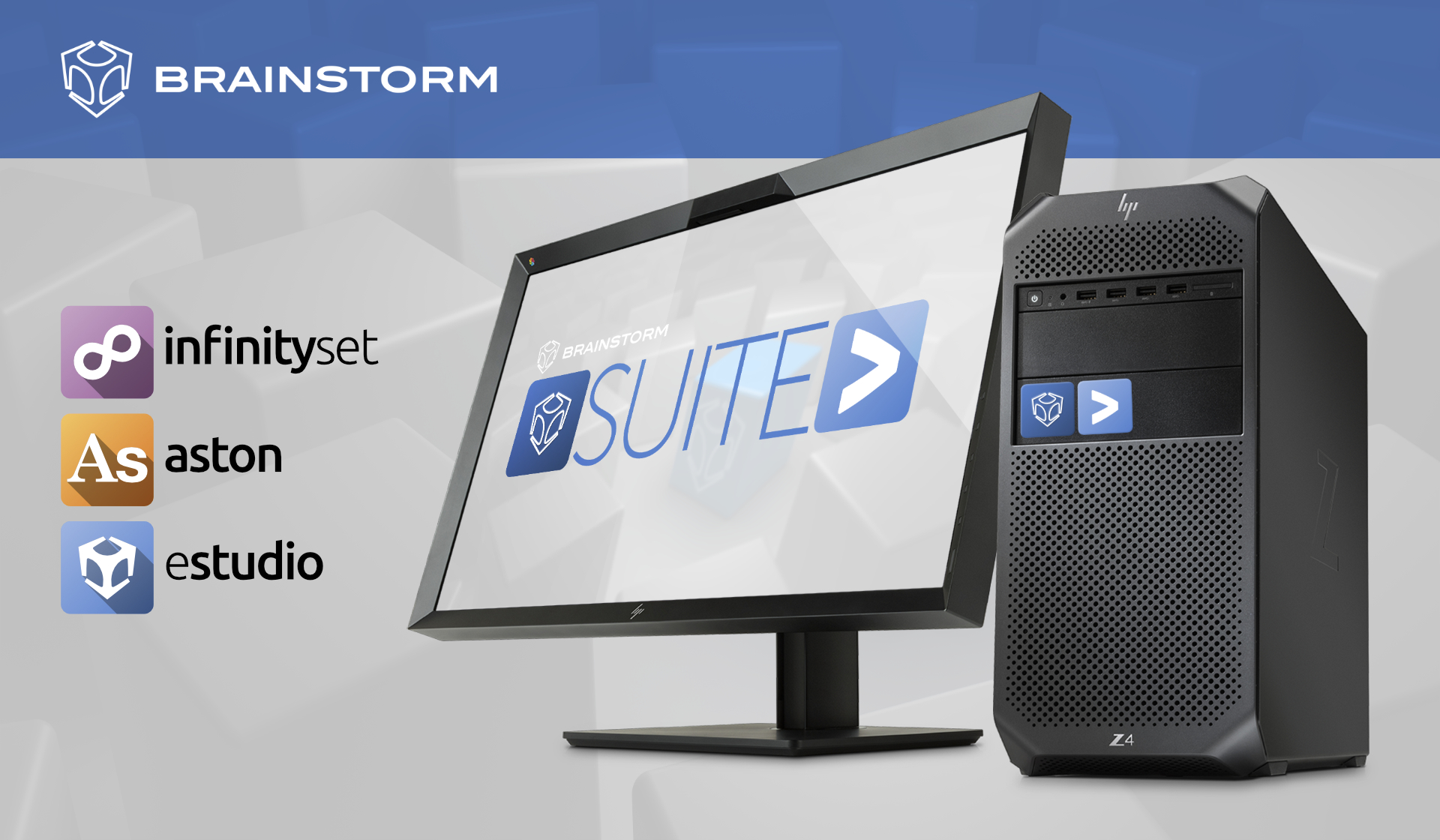 As LED-based XR is becoming increasingly used, Brainstorm has developed new features that allow for easier, faster, and more integrated creation of immersive XR content specifically designed to be displayed on large LED videowalls. With these features, Brainstorm’s clients will see their XR content creation significantly accelerated when creating in-context AR in LED walls, XR Set extensions, or even backgrounds for film and drama production.

Suite 5 has a dedicated interface for creating XR installations, which allows for modelling any kind of video wall, including curved, shaped and corner installations, and map the desired 3D content in such model. This facilitates the creation of virtual AR content to be directly displayed and seen by the camera with the correct perspective at all times. Also, by taking advantage of the Layers and Stacking features of InfinitySet, different renders, even with different resolutions and aspect ratios, can be mapped in a canvas of any size and aspect.

In addition, the unique integration of InfinitySet and eStudio with Unreal Engine is now even tighter, allowing for the inclusion of fully editable Brainstorm scenes and templates within an Unreal project, and vice-versa. This is especially useful when creating AR projects within Unreal, which benefit from Brainstorm’s advanced data-driven graphics and broadcast workflows compatibility. This is coupled with the UnrealControl feature which supports editing the Unreal Projects directly within InfinitySet’s familiar interface with total ease and control of blueprints, objects and parameters. Suite 5 also features a new, redesigned internal chroma keyer that includes a new mode that embeds the Unreal Engine chroma keyer directly into InfinitySet. Brainstorm Suite 5 is fully compatible with Unreal Engine 4.27 and will be with UE 5.

“Brainstorm has been deeply involved with Augmented Reality and Virtual Production for decades now, and Suite 5 is the result of applying our expertise to the new display methods that broadcasters and filmmakers are introducing into their workflows” says Hector Viguer, Brainstorm’s COO and Engineering Director. “The advanced features of Suite 5 will allow any user to comply with any kind of VR/AR/XR requirement, regardless of how complex it is, and leaving them free to choose the production workflow they feel is best for their production, whether LED walls or chroma keying. We want to be agnostic so we can provide a solution for any requirement.”

Some other features are included, like improved HDR workflows, and better integration with robotic heads from manufacturers such as Panasonic or Sony. Also, Edison, the company’s virtual studio in a box product designed for live events and presentations, will also benefit from some of the above plus its own features as a result of its upgrade to V5.