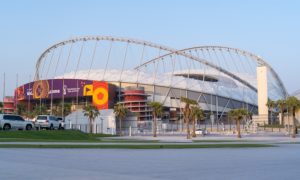 Similarly, three in four (74%) agree that Qatar should not have never been awarded the competition.

For some, these attitudes spill over into viewing behavior, as a third (34%) of fans are planning to watch less of the 2022 World Cup, given the issues raised.

Of those planning to watch at least some of the World Cup, the majority (71%) plan to watch from home, though this drops to 50% among those aged 18 to 34, which are the age group most likely (12%) to watch at the pub.

Altogether, six in 10 (60%) of football fans say they would normally go to the pub to view a match at least once during the World Cup, but this number drops to 44% for fans planning to visit the pub this year.

Overall, of those planning to watch the World cup this year, three in ten (29%) will spend less time at the pub watching this World Cup compared to in 2018, with two in five (46%) of those watching less from the pub saying this is due to the rise in living costs.

Meanwhile, more than a third (37%) will be watching less at the pub as they do not agree with the tournament being held in Qatar, while a similar number (34%) put it down to worse weather. Also, one in twelve (8%) England supporters do not believe in the team’s ability to win, making them less likely to visit the pub.

Less than half (47%) of working fans will be allowed to watch the World Cup during working hours, while one in five (20%) will be able to leave their home office or workplace to watch the football and more than a quarter (27%) saying their workplace will show the matches.

Although 47% say they will not be able to watch the games during work, a fifth (19%) say they will find a way to watch anyway. For example, a third (32%) of working football fans would pretend to be ill to get a day off work to watch their nation’s match at the World Cup, with a fifth (21%) admitting having done so previously.

The majority of football fans – nine out of every 10 – are aware of various concerns surrounding the World Cup, including Qatar’s attitude towards LGBTQ+ rights (94%), women’s rights (93%) and worker’s rights (90%). This equates to four in 10 (40%) football fans saying they know a lot about Qatar’s attitude towards LGBTQ+ rights and a third knowing a lot about attitudes to women’s and workers’ rights in Qatar (both 34%).

To read the full report go to: https://www.opinium.com/wp-content/uploads/2022/11/World-Cup-TL-Report.pdf