With the countdown to FIFA World Cup Qatar 2022 underway, TSN and CTV are ready to deliver complete tournament coverage of all 64 games to fans across Canada. The Canadian Men’s National Team is competing in the tournament for the first time since 1986, kicking off their campaign on Wednesday, Nov. 23 against Belgium at 11 a.m. ET on TSN, CTV, TSN.ca, CTV.ca, and the TSN and CTV apps. 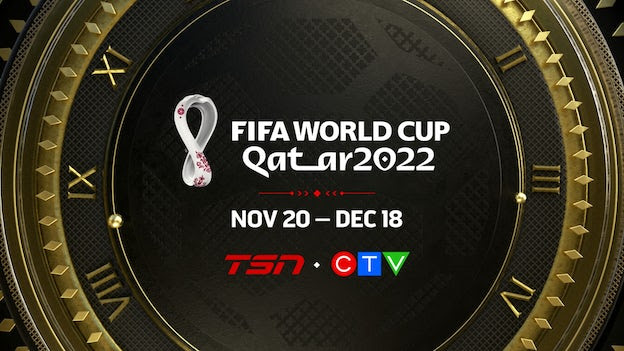 Beginning November 18, TSN.ca and the TSN app also feature a 24/7 live streaming channel with programming specific to the event. The channel includes all pre-game, post-game, and live game coverage of every match of the tournament.

Live coverage of World Cup broadcasts will begin from the networks’ on-location studio at Souq Waqif in Doha, Qatar, as well as from the TSN Studio. Coverage is led by TSN’s industry-leading broadcast team and the TSN and CTV’s massive broadcast schedule for features more than 200 hours of live coverage, including the following highlights:

Full French-language coverage of the tournament is available on RDS.