FOX Sports is expanding its relationship with Twitter and elevating its Emmy award-winning digital content to feature, for the first time in the history of the tournaments on FOX, in-match previews and live pre-game shows for every FIFA World Cup Qatar 2022 and FIFA Women’s World Cup Australia & New Zealand 2023 match. 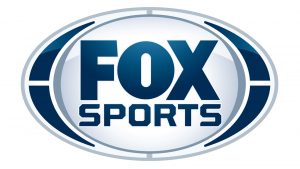 FOX Sports will power all-new FIFA World Cup interactive pre-and-post match programming exclusively for Twitter via @FOXSports and @FOXSoccer that will give fans insight to their favorite players and teams and allow them to predict, react and interact with all the thrilling storylines around the tournaments. The productions will feature expert analysis from FOX Sports’ prominent personalities.

“We are excited to expand our collaboration with Twitter by doing what we do best in leading the way with innovative sports coverage and original digital content,” says Edward Hartman, Senior Vice President, Digital Partnerships & Wagering, FOX Sports. “These new offerings will bring fans the FIFA World Cup experience wherever they are by keeping them engaged with a taste of the excitement, while encouraging them to Tweet and watch the rest of the match on FOX Sports.”

As part of the deal, sponsorship and advertising opportunities around FOX Sports’ content will be offered, driving significant promotion to FIFA World Cup matches and coverage across FOX, FS1, the FOX Sports App and FOXSports.com.

“Collaborating with FOX Sports to bring fans the opportunity to preview match action on Twitter during both the Men’s and Women’s World Cup is something we’ve never done before,” says TJ Adeshola, Head of Global Content Partnerships at Twitter. “We’re thrilled to bring this exclusive content to the timeline.”

As a part of its recently announced expanded collaboration, building on the success from the 2018 and 2019 FIFA World Cup tournaments, FOX Sports and Twitter will also deliver soccer fans near real-time match highlights via @FOXSports and @FOXSoccer, original content, weekly live analysis via Twitter Spaces featuring lively audio content around the games, interactive Q&As with FOX Soccer personalities, hand-curated Twitter moments and more. Video clips via @FOXSports and @FOXSoccer, including custom franchises and platforms, will be available for advertisers to sponsor from FOX and through Twitter’s Amplify program.

“Giving fans the best coverage on social media around the FIFA World Cup on Twitter is paramount for us,” says Michael Bucklin, Senior Vice President, Digital Content, FOX Sports. “It’s great working with Twitter to continue to raise the bar in providing World Cup coverage on social like it’s never been done before.”