If viewers were asked to select a star performer at the World Cup, they might point to the likes of France’s Kylian Mbappe, Argentina’s Lionel Messi or England’s Jude Bellingham. For Host Broadcast Services (HBS) Chief Executive Dan Miodownik, some of the best performers of the tournament have been the cine-style cameras with a shallow depth of field that are capturing footage of fans before and during matches, as well as “intense” shots of players. 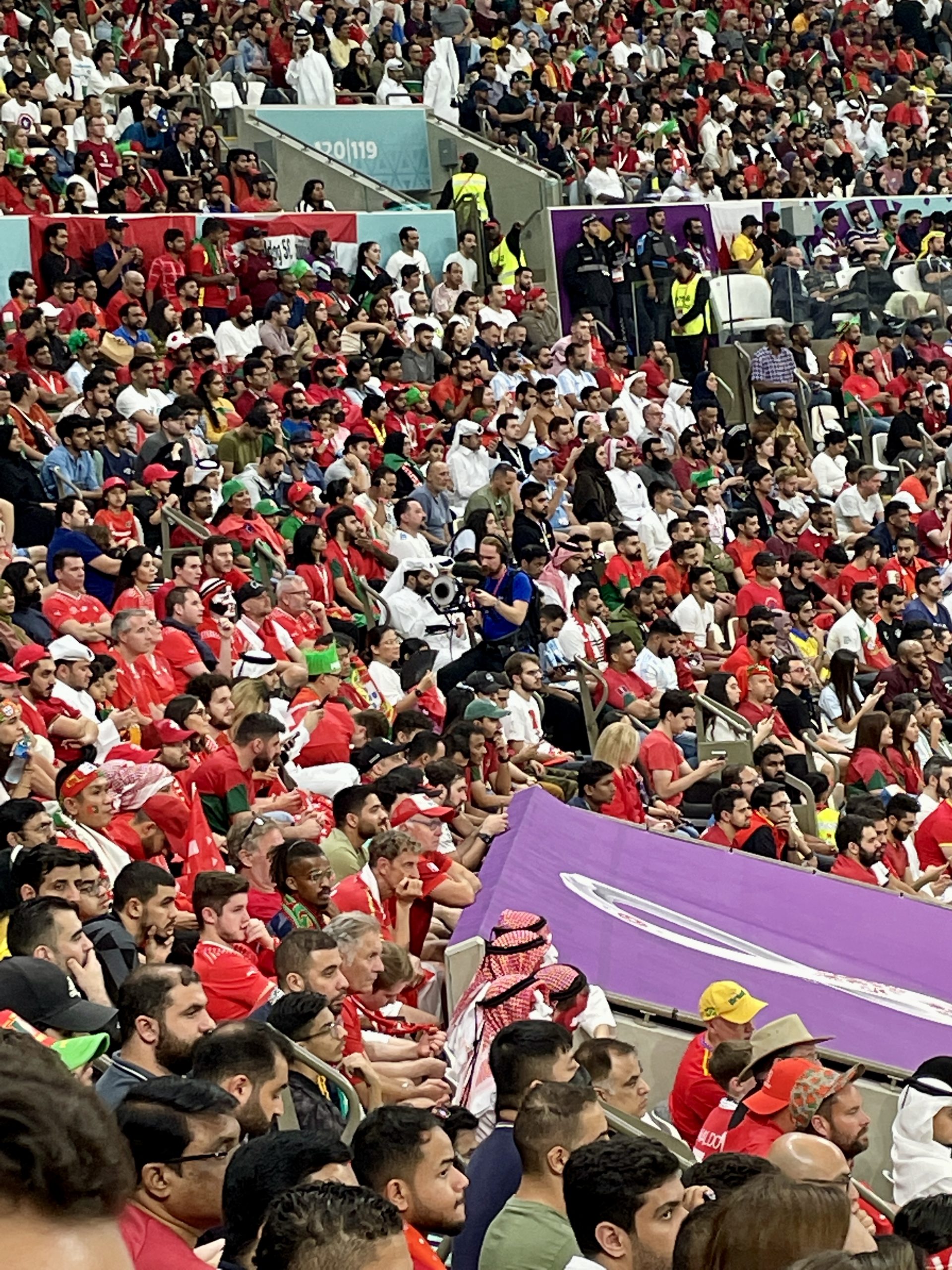 Spot the operator: A cine-style camera among fans at the Portugal v Switzerland round of 16 tie.

“In 2018, the Polecam was the star of the show, and in 2022 the cine-style cameras are the thing that stands out. They help to create something iconic and cinematic,” says Miodownik, who describes the cameras as “the biggest differentiator” in coverage.

“They are mainly used in the stands but also pre-match as well. Coming into [Qatar 2022], maybe people were a little unsure and it polarised opinions, but the feedback we have had has been universally positive because it adds a little bit of a fingerprint to the event.”

Since the last World Cup in 2018, there has been a surge in the use of compact, mirrorless cameras that capture a shallow depth of field as part of a live sports broadcast. In December 2020, at the Seattle-Washington NFL game, the onsite crew deployed a Sony A7R IV to capture end-zone shots following scoring plays.

And in early 2021, La Liga and Mediapro used a Sony A7S II camera as part of the coverage of Valencia CF vs. CA Osasuna, while a few months later BT Sport did the same for its coverage of the Champions League.

At each match of Qatar 2022, two camera operators – each equipped with a Sony FX3 camera with RF connectivity – have been tasked with capturing footage of fans before, during and after games and of players as they congregate in the tunnel ahead of kick off.

Director Jamie Oakford is a fan of the new additions to the host broadcaster’s camera plan. He says: “We used to have a cable camera in the tunnel, but you were limited in what you could do. And Steadicams are quite clunky things to have around. Now, we have much more mobility in the tunnel, and the clarity of the pictures is incredible. 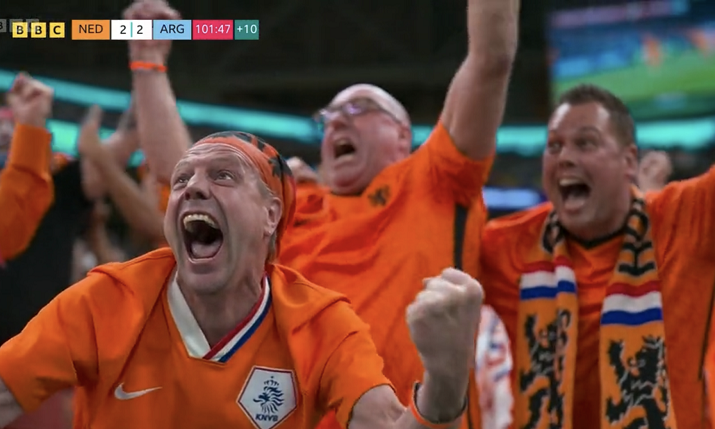 “We’ve learnt how to use them better,” adds Oakford. “When we started off, we were too brave and the focus moves very quickly on them, so we have backed off a bit. And it’s given us some of the best fan shots I’ve ever seen at a World Cup.”

Host broadcaster HBS opted to not intercut footage from the cine-style cameras with live match coverage. “That has been a good decision to majoritively use it as an addition to what’s going on outside the game…during the game, such a big jump could be irritating,” says Miodownik.

Oakford’s fellow director, Laurent Lachand, says the cameras have helped to create “very intense and very important moments in the tunnel before the players go to the pitch”.

“For me, it’s very important to focus on the players, and share with viewers a last moment before the game. And I think this tool is very efficient for that, because we can concentrate a viewer’s eyes on one person.. 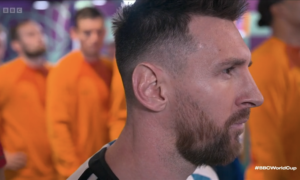 Lionel Messi in the tunnel ahead of Argentina’s clash with the Netherlands.

“And then after the tunnel, we use this camera for fans, because it’s one of the most particular things about the World Cup.

“The beautiful atmosphere with fans is very different to the Premier League, French League 1 or the Champions League. It is more friendly and full of respect, and these cameras are a very efficient way to do this.”

The cine-style cameras also contribute footage for the Fan Feed, a new package of content for rights holders that is available two hours prior to kick-off and during each match and has proved popular with the broadcasters SVG spoke with in Doha.

“Generally if you look at the whole content package, I think it is doing exactly what broadcasters asked for, because pre-event we spoke to them and asked what they need to work on this event,” says Miodownik. “A lot of that feedback was around technology and operational services, but also a reasonable proportion was about the content pool, so that was changed from 2018. Not by a massive amount, perhaps by 10-15%, but the fan content was something they were really keen to push on.”