For the first time, 4K content will be available to viewers in the U.S., but NBC Olympics is also doing something extra special for the Opening Ceremony: it will produce 4K coverage in HDR with the help of a small six-camera flypack outfitted with Sony HDC-4300 cameras. That feed will be sent to the IBC via four 3-Gbps circuits operating in quad-link mode and then voiced-over at NBC’s production area in the IBC.

“The Opening Ceremony in HDR will be delayed by one hour from the HD show and repeated four hours later for the West Coast airing,” says David Mazza, SVP/CTO, NBC Sports Group and NBC Olympics. 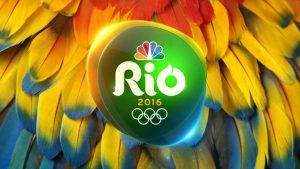 NBC will embrace HDR for the Opening Ceremony of the 2016 Rio Olympics tomorrow night.

The HDR feed will be shot in Sony’s sLog3 format, complete with BT.2020 color space and grading for 1,000 nits. The sLog3-2020 signal will be converted to ST2084-2020 with static metadata (commonly known as HDR10) and fed into HEVC encoders for transmission to the U.S.

The HDR experiment will be followed in the coming weeks by a wealth of 4K content that actually begins its lifecycle as 8K material. NHK is once again on hand at the Olympics producing 8K coverage, and that 8K feed is being downconverted to 4K by OBS and then made available to rightsholders. NBC, for its part, will record voiceovers for the 4K coverage in Stamford, CT, play the content back the next day, and then loop it until 3 a.m. the following morning.

The linear encoding will be done by HEVC encoders provided by both Comcast and DirecTV. In addition, some 4K HDR VOD clips will be made and distributed via a File Catalyst path to the Sports Production Operations Center in Stamford.