‘We Are Ready and Rio Is Ready’: NBC Preps for Biggest Olympic Games Ever

More than 6,700 hours of coverage is expected to be televised and streamed, mostly live

In two weeks, the sports world will turn its focus to Rio de Janeiro. And, although the region has been plagued by concerns over venue readiness, disease, and crime — not unlike most Olympic Games in recent memory — NBC Olympics remains committed to capturing the iconic moments, telling the heartwarming stories, and delivering more Summer Games content to U.S. viewers on more platforms than ever before. 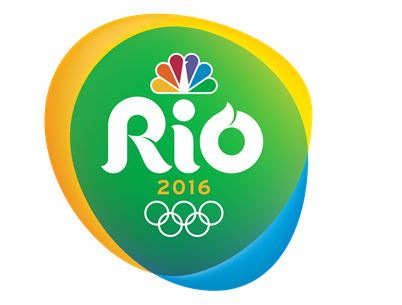 “We are ready and Rio is ready,” said NBC Sports Group Chairman Mark Lazarus at last week’s Rio 2016 Press Preview. “And, while there’s still some things that they need to finish out — and that we, as normal preparation in getting our broadcast center [ready, need to finish] — we and the city are both ready.”

In addition to blanketing the NBC Sports’ family of linear networks with nearly nonstop television coverage, the network again plans to stream every event on NBCOlympics.com.

No Live Broadcast of the Opening Ceremony

The Games of the XXXI Olympiad will officially open on Friday August 5, when Rio welcomes more than 10,000 athletes representing 206 countries to compete in 306 events across 42 disciplines. Although the vast majority of the 306 events will be streamed live on an authenticated platform, the Opening Ceremony will not be.

“We think it’s important to give the context to the show,” said Lazarus. “This Opening Ceremony will be a celebration of Brazilian culture, of Rio; of the pageantry, the excitement, the flare that this beautiful nation has. We think it’s important that we’re able to put that in context for the viewer so it’s not just a flash of color. So we will air that on a one-hour delay.”

Last month, NBC announced that virtual reality will make its Olympic debut at the 2016 Summer Games. The network plans to deliver 85 hours of OBS-produced VR programming to authenticated users of compatible Samsung Galaxy smartphones equipped with Samsung Gear VR and the NBC Sports App. In addition, the Peacock plans to deliver delayed 4K/UHD coverage of the Games to cable, satellite, telco providers, and more.

“It’s important to take steps and try to push the boundaries with things like different cameras, technologies, and graphics, and who knows where it’ll all go.” says Executive Producer Jim Bell. “VR is a cool thing that still is probably limited to a pretty small amount of people, but we still want to do it. We see the Olympics as a place where new technologies and toys should be tried, whether it’s VR or 4K or 8K, which is not too far down the road.”

Virtual-reality coverage of the Rio Olympics will be available on a one-day delay and include some of the Games’ most popular sports: men’s basketball, gymnastics, track and field, beach volleyball, diving, boxing, and fencing. NBC will launch its VR programming with the Opening Ceremony, which will be available to authenticated users the following day, and conclude with the Closing Ceremony.

“It’s always a special moment,” says Bell of the Opening Ceremony. “It’s the chance when the host country gets to say to the world, Here’s who we are, here’s where we are, here’s our story. I think especially since Beijing, which was just such a jaw-dropping spectacle, cities have tried to find a way to play a little ‘can you top this?.’ And, when it comes to throwing a party and the celebration, I think the Brazilians feel pretty confident.”

According to Bell, NBC again will rely heavily on OBS coverage, supplementing the feed with its own cameras, graphics, and announcers. The production team will also select several venues on which to deploy unilateral coverage.

“It’s really a hybrid,” Bell explains. “You take some sports, like basketball, [that] we feel like we can do essentially with the world feed supplemented with one camera. … The game’s the game, so that’s kind of how we’ve tried to approach it venue by venue. There are some venues where we just have announcers. And then there’s some, like swimming, we don’t really even need OBS save for maybe a handful of replays and a couple of special cameras.”

As for whether NBC has any exciting graphics enhancements up its sleeve, like the London Olympics’ SplashCam for diving or the virtual line denoting the world-record pace in swimming, Bell responds, “We’re working on it. … What’s fun for us and our team is, there are, like, 20 things we haven’t thought of that are going to make that experience better. We just haven’t figured all of them out yet.”

Coverage of the Olympic Games has come a long way over the past 20 years, evolving from a purely broadcast product in 1996 (NBC broadcast 171.5 hours from the Atlanta Olympics) to a cable entity in the 2000s to a digital phenomenon today. One thing that hasn’t changed during that timeframe, however, is trepidation about the host city’s preparedness.

Rio faces serious concerns over the Zika virus, the current political climate, the safety of its venues (most notably, the water in the sailing venue), and more. The concerns were brought up and addressed throughout the Press Preview.

“Obviously, we’re monitoring all these issues closely,” said Lazarus. “And, first and foremost, the safety of our employees and guests and all that is the most important thing to us. Everyone on our staff has had the option whether to go to Rio or not. Very few people, even under a handful, have declined to come, [so] that’s really not an issue for us.”

To address these concerns in greater detail prior to the Games, NBC will present a one-hour Rio Olympics preview special live from Rio one day before the Opening Ceremony. The special, which will be hosted by Bob Costas and feature several star athletes, will give NBC the chance to elaborate on these concerns in front of a wide audience. And afterward, the network will shift its focus to the Summer Games themselves.

“We’re going to focus on the athletes and the sport and the celebration of the youth of the world coming together and uniting around this commonality of competition,” said Lazarus. “Hopefully, these other issues will not rear their head. If they do, we’ll be there to cover them. Our colleagues at NBC News will be there to cover them in their fullness.”

Check SVG’s SportTech Blog: Live From the Rio 2016 Olympics for a full preview of NBC Olympics’ digital plans next week and for onsite coverage throughout the Games!