NBC Olympics and Twitch are partnering to produce and deliver live content that will live on a new NBC Olympics Twitch channel leading into and throughout the Tokyo Olympics in 2021, both parties announced today. This collaboration between NBC Olympics and Twitch will consist of unique programming tailored to the Twitch community, including highlight studio shows, game-ified pre-Olympic activations, Olympic athlete interviews and Olympic-themed gaming competitions. 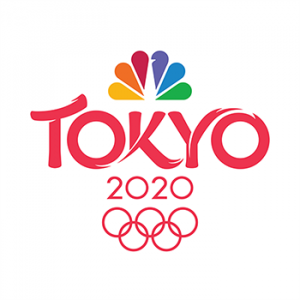 “We are thrilled to collaborate with Twitch on innovative ways to tell the stories of Team USA’s athletes in Tokyo and build Olympic excitement with their audience,” says Gary Zenkel, President, NBC Olympics. “The Olympic Games are perfectly aligned with Twitch consumers, who are passionate about great competition, personality and storytelling. We can’t wait to bring the unmatched moments and stories of the Olympics to Twitch’s interactive community.”

NBC Olympics and Twitch will collaborate on a number of interactive tools leading into and during the Games. The first interactive experience on Twitch begins the week leading up to the Olympics before the Opening Ceremony. Twitch creators and their communities will work together to “keep the Torch alive” on the NBC Olympics Twitch channel. Viewers of the torch streams will need to work together to collect items and participate in chat to fan the flame and finally “Light the Cauldron” on the day of the Opening Ceremony.

“The way that people consume traditional sporting events is changing. They no longer want to simply spectate; they want to be as close to the action and athletes as possible. We’ve seen this firsthand with the growth of our sports community on Twitch, as viewers tune in not only to watch their favorite athletes but to also take part in pre and post-game interviews and virtually connect with other fans from around the world,” says Michael Aragon, Chief Content Officer at Twitch. “The Olympics present an opportunity for a global fan base to embrace this new world of live and interactive sports. We are thrilled to partner with NBC to give fans in the United States an intimate, front row seat to this iconic sporting event and connect American athletes and fans in a way that can only happen on Twitch.”

During the Games, NBC Olympics and Twitch will collaborate on Olympic-themed programming to stream on its new NBC Olympics Channel on Twitch. will feature daily, unique Twitch-produced content inspired by the passion and competition of the Tokyo Games that will feature both Twitch and NBC Olympics talent.

The program will conclude with a closing celebration, which will consist of a Twitch version of an awards ceremony and looks back on the top 10 moments from all the content on the NBC Olympics channel during Games.

NBC Olympics will lead the sales process, in collaboration with Twitch, for this unique content, giving advertisers another avenue to connect to its coverage of the Games and to Twitch’s robust youthful audience.