The 2022 World Cup takes place November 20th to December 18th and there are a variety of ways to experience it globally on Twitch. 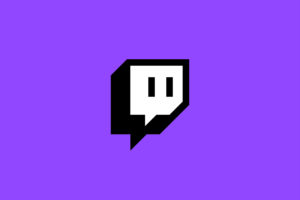 Twitch’s core differentiators— live and interactive entertainment driven by communities built on shared passions— makes it the perfect home for sports. Sports content is best experienced in a crowd as it thrives on interactivity and discussion- which Twitch has always stood for. Twitch’s unique format is a dynamic playing field (excuse the pun) that creates an environment mimicking real-life gatherings and fostering a community-driven “in arena” experience that one would feel in a packed stadium- all from the comfort of your own device and globally accessible for all.

Over the past few years, Twitch streamers have been at the forefront of democratizing and modernizing sports commentary and production. Today, sports content on Twitch includes everything from live sports to in-depth data analysis and humorous commentary. Our new generation of streamers includes Ibai Llanos, who snagged the coveted interview with Lionel Messi; commentators and journalists, such as Rubén Martín and Fabrizio Romano; world leading sports organizations such as La Liga and the NFL; and major pro stars like Gerard Pique and Lando Norris— all creating unique content on Twitch that cannot be found anywhere else. In 2021 alone, hours watched of sports content on Twitch increased 409% YoY, making it the fastest growing non-gaming vertical.

See below for ways to experience the World Cup games on Twitch globally:

LATAM
Popular Brazilian streamer Casimito (and one of GQ Brasil Men of the Year) will broadcast the World Cup on Twitch.
Casimito is partnering with LiveMode to broadcast 22 matches live on Twitch, including the Brazilian National Team games, the opening ceremony, and final game. Casimito will also react to the best moments of all 64 games, with clips of goals and important moments immediately following the games. He will have a team streaming with him, consisting of fellow streamers, friends, and sports figures. The livestream, clips and highlights of the matches will be on Casimito’s Twitch channel
The World Cup starts on November 20 and Brazil’s debut will take place on the 24th, at 4 pm (Brazil time), against Serbia. To watch the games, access Casimiro’s channel on Twitch and follow the schedule.
“The sports category has grown a lot on Twitch in recent years, with Brazil being the country with the highest number of hours watched related to this type of content. Twitch is also gaining a younger audience, who do not watch TV, and having The World Cup on Twitch will undoubtedly be a milestone for the community and open up a whole new range of possibilities for creators.”, says Anadege Freitas, Content Director and Partner at Twitch in Brazil.

EMEA
Spain coach Luis Enrique will livestream on Twitch during the World Cup.
Luis Enrique announced that he will stream during the World Cup with the purpose of connecting directly with fans- with “no filters, more spontaneous, more natural”. Spain arrived in Qatar early this morning and his debut stream today hit 130k+ viewers.

USA
Men In Blazers, one of the most preeminent soccer media networks in North America, is hosting their popular Live Watchalong shows on Twitch for some of the highly anticipated matches of the World Cup. In addition to the Watchalongs, Roger Bennett and Michael Davies will also host IRL recap shows. Each show will also feature prominent celebrity and pro athlete guests.
The Watchalong format provides a complementary “second screen” experience, meaning the viewers will watch Men in Blazers and discuss the match on Twitch while also watching the match itself on TV. Fans can interact with Rog and Davo on Twitch in real time through Chat, in addition to the community that is watching along together, creating a highly engaging experience that mimics watching a game in the stadium or even with friends at a pub. Because Twitch has the best tools for interactivity and engagement, it makes the best fit for this type of programming.
Presenting Sponsor DoorDash is bringing local eats to each Live Watchalong, where Twitch viewers will catch the “Delivery of the Day, Presented by DoorDash.” The custom segment highlights food from local U.S. restaurants located in stops along the Men In Blazers World Cup Tour. Men In Blazers worked with Twitch to secure advertisers for this Twitch series.