Remote production technologies and workflows continue to evolve rapidly and the efforts at the 2022 World Cup by Fox Sports, Telemundo, HBS, and more will be a great showcase of new ways of working long-distance on global sporting events. Join us at the Luxe Hotel in Los Angeles for keynotes, panel discussions, and technology exhibits designed to help your organization gear up for the future.

(All times are in Pacific Time Zone)

(All times are in Pacific Time Zone)

1:45 – 2:30 p.m.: Remote Tech: Front-Bench Perspectives
How do producers and directors feel about having their production team and even announcers working from different locations? Do they feel working remotely impacts the quality of their production either positively or negatively? Are there new tools they are using to keep in touch with team members who are working remotely? Leading producers and directors discuss their thoughts on the evolution of sports production.
Confirmed Panelists:
Bill Herbstman, Director
Rick Seegull, Riedel, Manager, System Consulting
Bob Whyley, Tennis Channel, SVP, Production, and Executive Producer

3:15 – 4:00 p.m.: Remote Tech: Cloud-Based Post Production
Post-production workflows have benefitted greatly from the move to IP and cloud-based production. It’s easier than ever for post-production professionals to access content, create content, and then make it available for playout without having to be on site. What’s next for the world of post-production and what have been some lessons in how to best approach content creation in the cloud?
Confirmed Panelists:
Mike Flathers, Signiant, Chief Solutions Officer
Noah Gusdorff, CMSI, President
David Rosen, Sony, VP, Cloud Applications and Solutions

4:00 – 4:45 p.m.: World Cup Preview Part Two: Telemundo
Fox Sports won’t be the only U.S. broadcaster with a massive effort around the 2022 World Cup. Telemundo’s team will have operations humming in both Doha and Miami as the Spanish-language U.S. rights holder looks to deliver a wide range of content to soccer fans via over-the-air broadcast and Peacock. 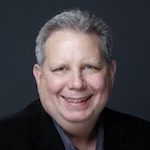 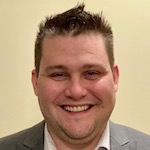 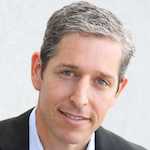 With over 30 years of software engineering experience, Mike Flathers has a passion for pushing the technology envelope. He has a proven track record of working alongside customers to create solutions to some of their most complex problems with an API-first mindset. A media and entertainment veteran, Flathers has deep technical experience with media and its surrounding workflows. An Emmy Award winning technologist, prior to joining Signiant, he was CTO for IBM’s Aspera business unit and an IBM distinguished engineer. Flathers was part of the executive team at Aspera when it was acquired by IBM in 2014.

Prior to Aspera, Flathers held several hands-on technical leadership positions, including CTO at Sorenson Media. He has deep networking experience having spent 14 years at Novell after the company acquired Excelan where he was a developer and technical leader for the LANWorkplace product, the first suite of TCP/IP utilities for DOS and Windows. As the chief solutions officer at Signiant, Flathers plays a hands-on role, where he works closely with customers and internal Signiant teams to bridge the gap between the solutions customers need and Signiant’s product and integration roadmap.

Jon Raidel is Vizrt’s global lead for live production in the cloud. He has 15 years of experience in live television production. Raidel comes from the NFL Network where he was technical operations manager for eight years. His background as a technical director in live sports has traveled him all over the world working for brands such as the NFL, NBA, ESPN, Fox Sports, and other regional networks.

David Rosen has global responsibility for leading Sony’s Ci Media Cloud SaaS business. As one of the original founders, he has grown the business from inception into the largest and most profitable SaaS company in Sony’s history. He is a valued technology thought leader within Media & Entertainment and has been a significant contributing force in bringing the reality of cloud based production and broadcast workflows to many of the largest media organizations in the world. Prior to launching Ci, Rosen helped create the Digital Media Group within Sony Pictures where he was responsible for delivering solutions to enable the studio to transition from tape-based to file-based workflows. While at Sony Pictures, he also spent two years developing and bringing to market the Distribution Backbone, the industry’s first automated supply chain for post theatrical manufacturing and distribution. Rosen started his career as a software developer and solutions consultant with Oracle Corporation where he consulted with Fortune50 companies and multiple government agencies.