Technicolor PostWorks has agreed to lease 50,000-plus square feet at 1411 Broadway, a 40-story tower in central Manhattan. The lease term extends beyond 2026. 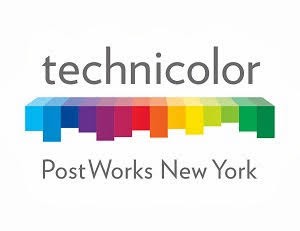 The new facility, set to open early this summer, will house 120-plus editing rooms available to film and television productions for rental on long- or short-term bases. Technicolor PostWorks will provide editing systems and related technology, as well as on-site support and engineering. The facility will be directly linked with the company’s existing downtown finishing and sound facility network.

The move is a response to recent growth in film and television production in New York. “The production environment in the New York area, especially for episodic television and independent film, is very strong, and we expect it to strengthen for the foreseeable future,” says CEO David Rosen. “This new editing facility is an expression of our confidence and enhances our ability to provide producers with robust, stable post-production resources.”

1411 Broadway is centrally located south of Times Square and features 24/7 access, on-site parking, and 22 passenger and three freight elevators. It is within easy walking distance of Penn Station, the Port Authority Terminal and Grand Central Station.

The new space offers the flexibility to serve productions of varying size and requirements. Premises can be configured for use as cutting suites, open bullpen areas or production offices. Technicolor PostWorks COO Rob DeMartin noted that the company’s long-term lease translates into predictable overhead costs that will ultimately benefit filmmakers.

“There is a shortage of quality editing space in New York,” DeMartin says. “Our new space will help to fill that need. We are offering Energy Star–rated Class A offices at affordable rates. We expect this new facility to become the most sought-after cutting space in Manhattan.”