As the spectrum of video-streaming devices continues to expand — from phones and tablets to OTT boxes, game consoles, and connected TVs — the task of developing successful, rich-media apps has never been more difficult for sports-media companies. As a result, Google Play has become a critical platform for video developers looking to reach a wide audience across a range of devices. Since the launch of Android TV in 2014, the Google Play ecosystem has continued to grow, creating a breeding ground for video-centric app innovation. 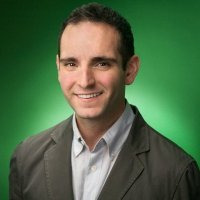 At last week’s Streaming Media East in New York City, Serge Kassardjian, global head of media apps, Google Play, kicked off the event with a keynote that addressed the almost infinite flexibility that apps offer, the inherent design challenges involved in building an app, and the biggest potential pitfalls that developers should keep an eye out for. Here are some highlights from what Kassardjian had to say.

On the flexibility offered by apps:

The very interesting thing about having an app is that you can iterate very quickly; you can AB-test your audiences all the time and understand what’s working. Different genres will have different things that work, and there are things that potentially work for more niche audiences. Sports will be different than news, news will be different than movies, movies will be different from what eventually happens in pure VR plays. So, with apps, you can very quickly learn what works and what doesn’t work and what form factors it works on. Phones may work better than connected TVs in certain cases; if it’s something that’s audio-based, it should be an app for your car. At Google, we are constantly thinking about this and tinkering with it.”

On why design is paramount in app development:

We always start with design. It’s very, very important that we ask our developers where the right buttons are, where the right placement is, what the right service looks like. If you think about design and how it changes from platform to platform, every platform has a different design complexion. For us, it’s something that we call material design. You’ll hear this across Google, where we are trying to create a very distinct look and feel for people who are used to using Google products.

On the biggest mistake app developers make:
We see a lot of developers actually make a big mistake: they come to our platform, take an iOS app, and port it over, and suddenly that app doesn’t work. It looks terrible. It’s the equivalent of me flying to London, renting a car, and trying to drive on the U.S. side of the street. I can’t get anywhere, I can’t move around. Everything is placed in the wrong way, and I’m not using the conventions that I should be using. Our Android users are used to the way Android should be vs. what you would see on iOS.

Jason Dachman contributed to this article.