Lax Sports Network, a broadcasting partner of Major League Lacrosse, announced that the network is working with New York Lizards midfielder Paul Rabil to stream the New York Lizards vs. Rochester Rattlers MLL game on Facebook Live API, according to Chief Operating Officer Rob Wallace. The game will be played at Wegman’s Stadium on July 23, 2016 beginning at 5:00 p.m. EST. The game will be streamed both on Lax Sports Network and Paul Rabil’s Facebook page. 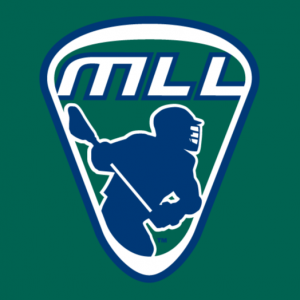 “Paul Rabil is not only among the most unstoppable players in the professional game today, he is an entrepreneur and visionary when it comes to moving the business of lacrosse to new plateaus,” says Rob Wallace, COO, Lax Sports Network.  “Lax Sports Network is proud to work with Paul Rabil and Major League Lacrosse to bring the Lizards-Rattlers game LIVE to Facebook.”

The New York Lizards-Rochester Rattlers game is among the first-ever professional events streamed on ‘Facebook Live’.  According to Alex Kantrowitz at BuzzFeed, the National Women’s Soccer League live-streamed a game on Orlando Pride player Alex Morgan’s Facebook page earlier this year.  The July 23rd game will be streamed live on Paul Rabil’s Facebook page, which has almost 100,000 ‘likes’ to-date.

“All season, Major League Lacrosse has invested in new ways to broadcast live play through our traditional host of regional and national networks and the 2016 addition of Lax Sports Network,” says Rabil. “LSN has not only created new programming to support MLL games, but are constantly exploring other methods to reach our target audience. I’m excited to be a part of one of these efforts, hosting the first pro lacrosse game LIVE on my Facebook page.”

Rabil adds, “This season’s encompassed the most competitive and talented pool of teams I’ve seen in league history. The playoff race will most certainly come down to the final game, and it’s exciting to host a pivotal matchup on my Facebook page.”  Fans will be able to watch the game on Rabil’s Facebook page for free.